How often do you finish what you start? If you pick up a book, will you see it through to the end? According to a study by reader-analytics company Jellybooks, the answer is probably no. In fact, you’re probably not even going to make it to the end of this article. Such is the way of the modern world.

But what about video games? Is our attention just as short with a controller in our hands? Let’s take a look. 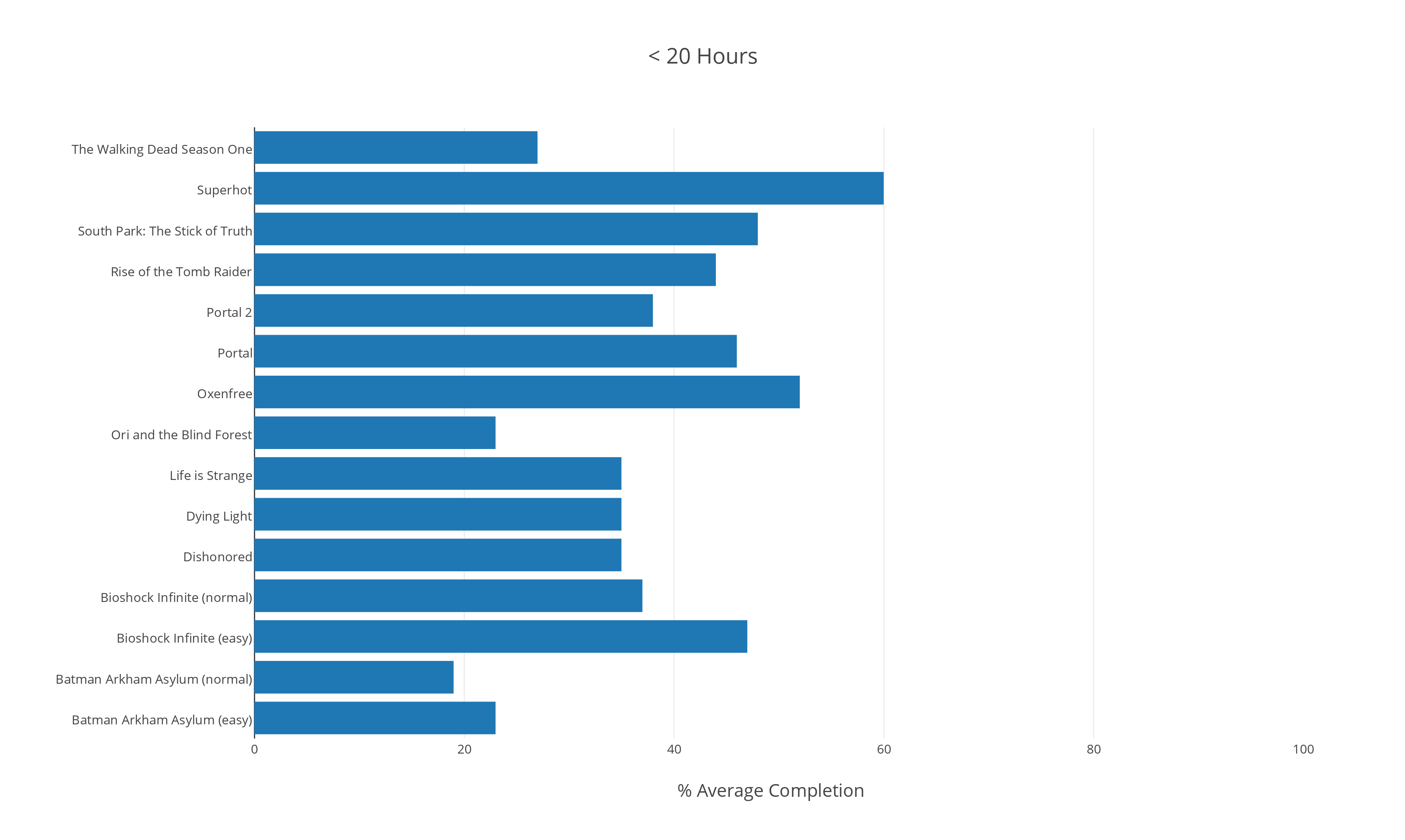 Those numbers aren’t great. Rise of the Tomb Raider, Portal 2, Batman Arkham Asylum; these are critically-acclaimed games that you’d think would hold more players’ interest. But maybe they’re too long? How do shorter games fare? 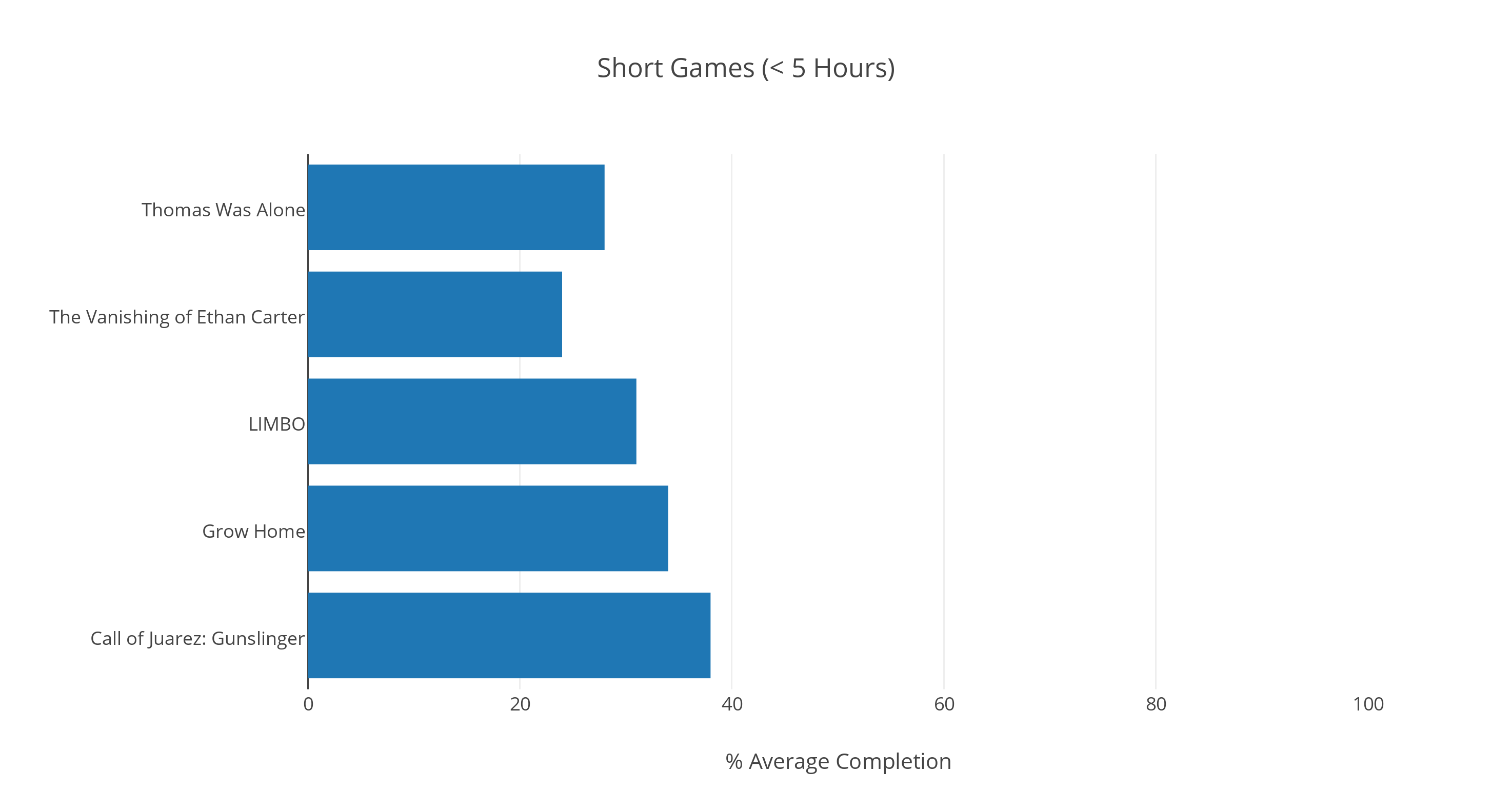 This isn’t looking good. If even three hours is too much for most players, what effect must that have on game developers? Suddenly, front-loading all the good stuff makes a lot more sense. Dole out rewards early on and forego slow, natural character development for quick and dirty caricatures. Roll out the bombast as swiftly as possible, and don’t worry if you have to reuse some assets later on; there won’t be anyone to notice.

It might seem like laziness, but in a world of finite budgets and haunting deadlines, compromises have to be made. Effort should be directed to where it is most useful, for the sake of both business and the average consumer. Considering how difficult crafting a good ending can be – tying together multiple narrative threads, delivering on promised mysteries, providing payoff for both characters and the audience without resorting to a stereotypical happy ending – it’s no surprise that the back half is the first to feel the pinch.

Games have the added challenge of making the conclusion mechanically satisfying. Taking control away with a cutscene or repeating the standard gameplay loop tends to deflate the entire experience. The preferred solution is a climactic encounter testing the skills honed during the course of the game – but of course, that’s not a simple proposition. Factor in the low completion rate, and it’s easy to see why endings never seem to live up to expectations.

In an industry still beholden to the notion that more hours = more value, the fact that most players give up before the end is illuminating. It highlights not only our inability to predict our own tastes, but the downside of an over-abundant market shrouded by a zeitgeist that treats games as ephemeral, now-or-never experiences. A month might as well be a lifetime in terms of relevance. Is that really the attitude we want for our industry?

The Sense of an Ending