The following is a reprint from Unwinnable Weekly Issue Sixty-One. If you enjoy what you read, please consider purchasing the issue or subscribing.

A few years ago, fresh out of college, I had considered going to architecture school. At the time, architecture seemed like the perfect marriage of art and science.

I visited a number of schools, attended open houses and sat in on several architecture lectures. I asked former professors to write recommendation letters, put together a portfolio of my creative work up until then and made a list of eight schools from around to country to apply to.

There was only one problem: I could not answer the question “Why did I want to be an architect?”

Well, actually, I did have a response, but it wasn’t a good one. I wanted to make incredible large scale structures that made people’s jaws drop. I wanted to create new spaces for people to experience that had never been seen before.

That wasn’t architecture, at least not for the real world.

My spaces had no concern for the living, the city, or the ecosystem. They did not take into account things like weather or plumbing.

As it turns out, what I really wanted to be was a videogame architect. I didn’t know it when I started Manifold Garden, but the architecture in this game is exactly the kind I’ve always wanted to make. Within this medium, I can explore space free of physical constraints. Not only can I change the
architecture, I can change the physics and even the geometry of the world.

Nevertheless, architecture continues to be an inspiration, both in the theme of the game and its visuals.

The images here are part of a series that explores the root of this inspiration. They started with attempts to emulate traditional architecture rendering styles, but also incorporated glitches and discoveries made during development.

The result is something that’s at once familiar and strange, like the spaces themselves. 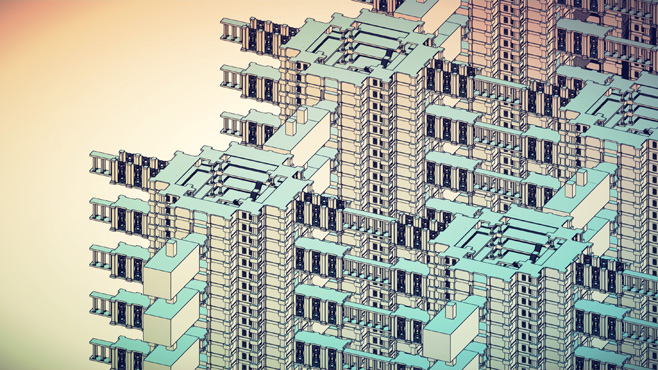 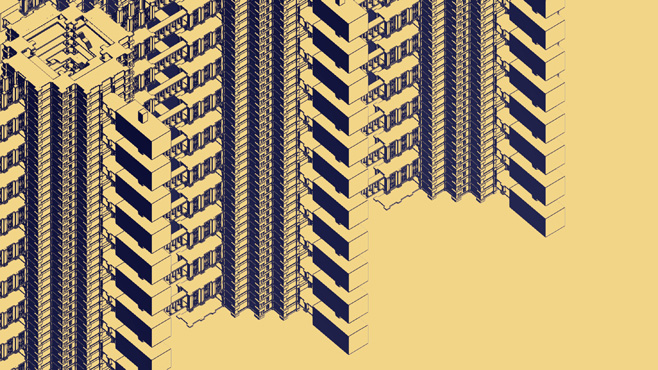 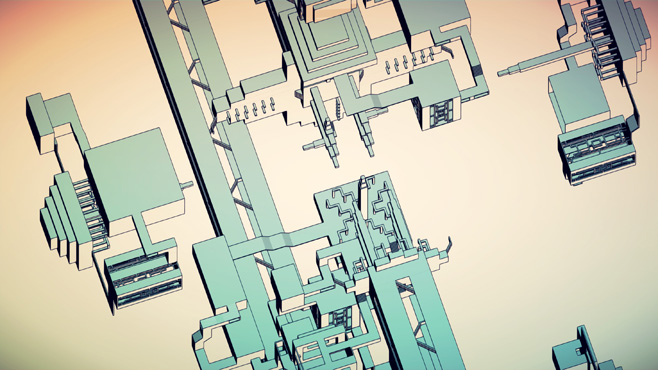 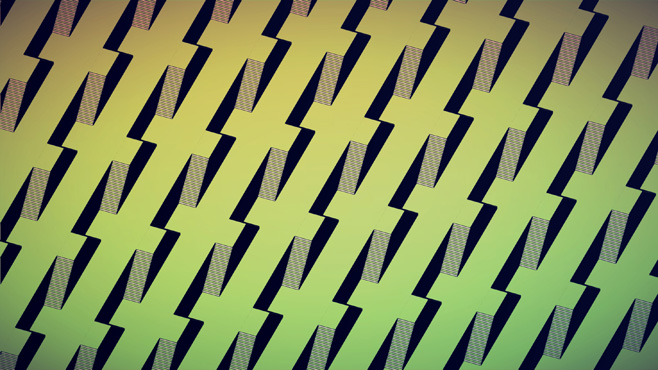 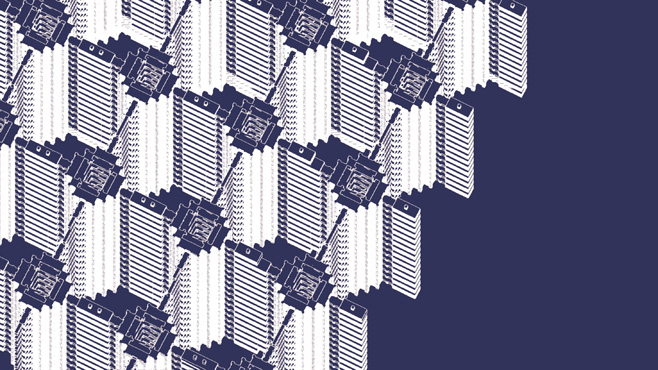 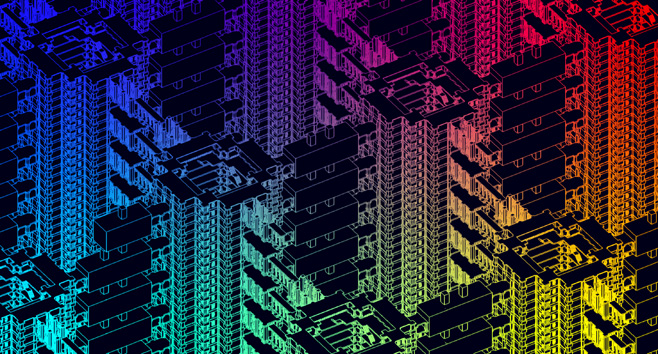 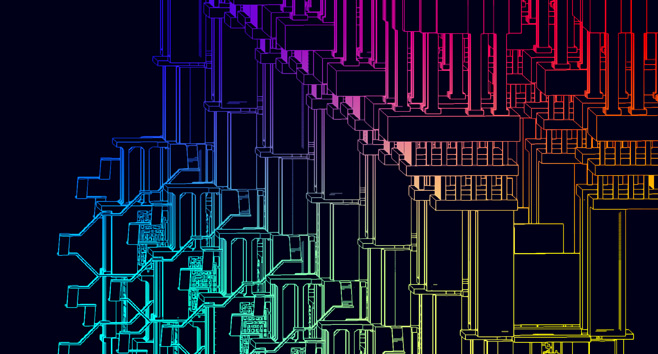 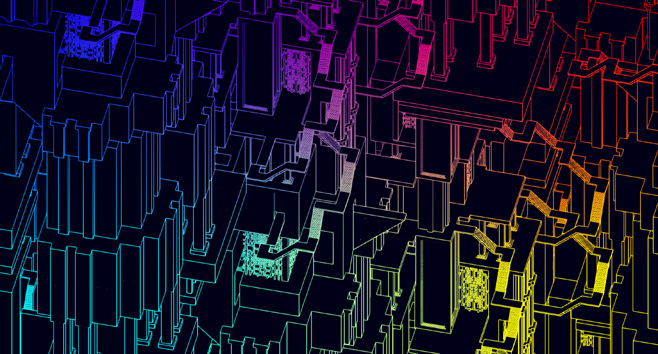 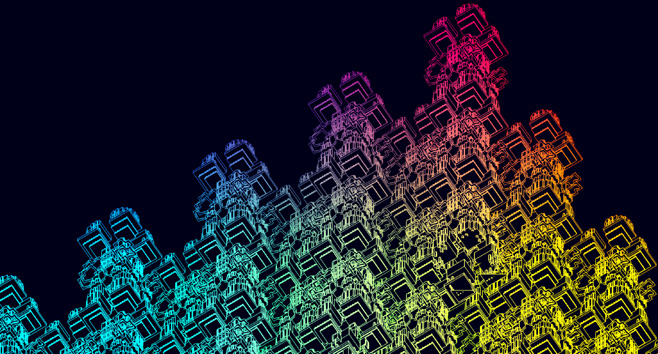 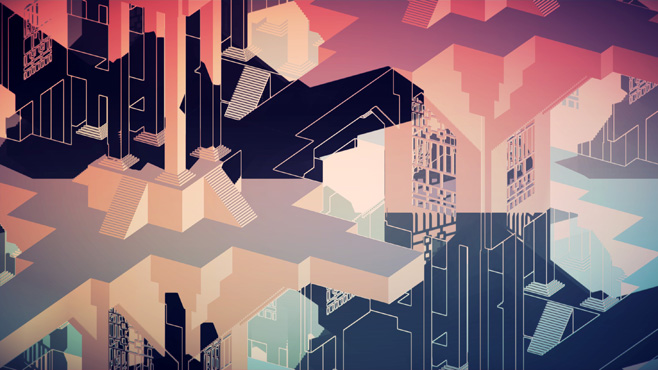 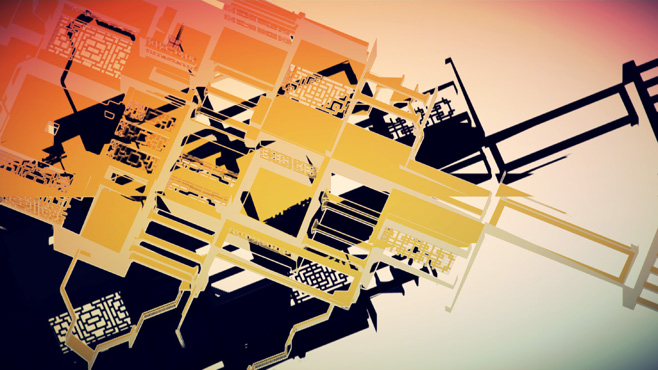 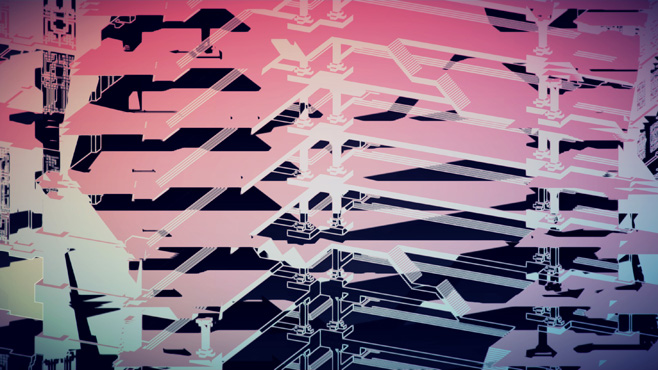 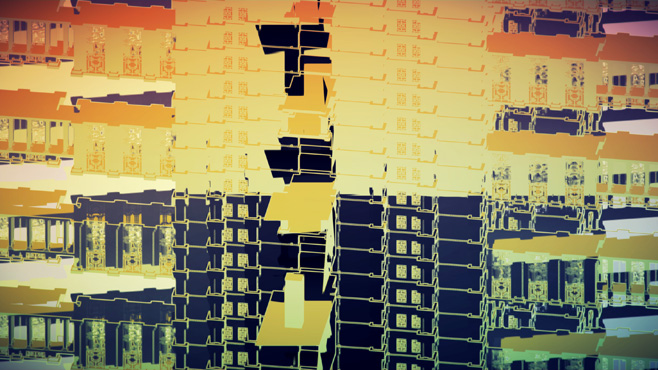 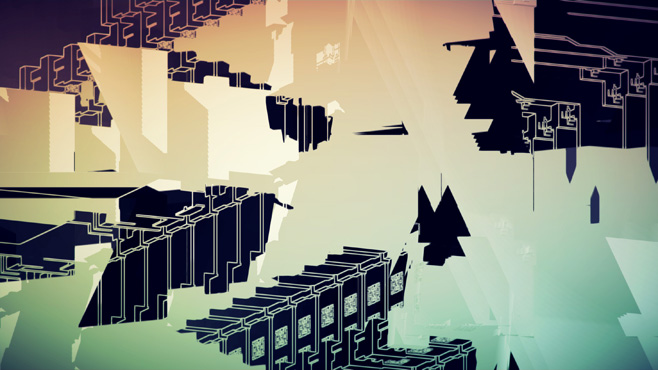 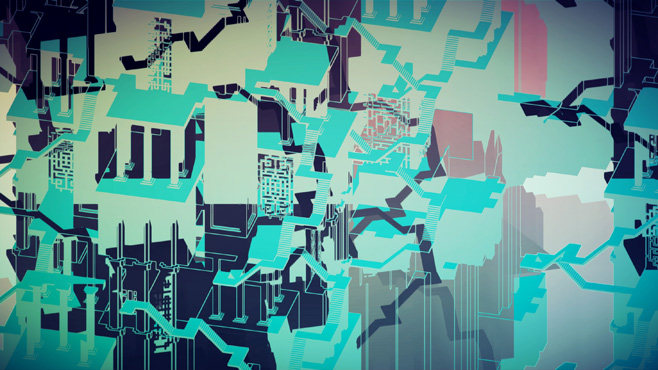 William Chyr is an independent game developer and installation artist based in Chicago. He is currently working on Manifold Garden, a game about re-imagining physics, geometry and architecture. Follow him on Twitter @WilliamChyr.