I had an axe to grind when I started writing Pretension +1 in 2011. That’s why I called the column what I did. I felt like there was this prevailing notion of the no-nonsense, salt-of-the-earth gamer who cringed at the notion of games being anything more than entertainments – entertainments best experienced at 60fps, a price well below $49.99 and without any of that highfalutin’ art stuff to get in the way of the fun. Sure, these were generalizations – which always fail to describe the intricacies and surprises of the vast, endless universe.

But these prejudices were hard-learned. Especially as a provocative, progressive writer for Wired. When I suggested that playing Mass Effect as a dude was the “wrong” way, I was assaulted in the comments by legions of insulted dudes who couldn’t imagine stepping into the skin of a woman – even if it was just outer space pretend time on their Xbox 360. 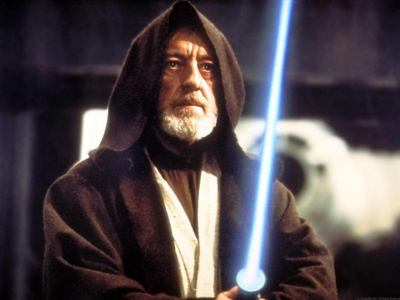 Something unexpected happened during my crusade, though. Pretension +1 started to get personal.

It’s my belief that the best way to make an argument is to frame it in something personal. If you can show how you screwed up, how you were a bad person or how you were guilty of wrong thinking, it is much easier to help others make that same realization. Go on the attack and people shut down. Show your ass and people will take your side.

In the course of making points, my columns began to become more autobiographical. I spent time telling stories of childhood and how games were woven, inextricably, into my life. Maybe it was just a return to form. I’ve been perpetrating personal games writing as far back as 2001 – for places like Raina Lee’s 1UP zine and Mike Benson’s robotstreetgang blog. I can’t help it. I came back to personal writing again when Killscreen launched and it seeped back into Pretension +1.

By the time Pretension +1 relaunched at Unwinnable, I’d almost completely abandoned my mission to convert the hearts and minds of gamers. Now the column has totally transformed into a diary, a repository for satirical writing and a home where my whims can be fully explored with no fear of reprisal, outrage or rejection.

That’s why I will retire Pretension +1 at the end of this phase of Unwinnable. If we make our funding goals the column will be reborn as something else, probably not all that new or different. But at the very least The Column Formerly Known as Pretension +1 will benefit from a refresh, a different perspective and a new lease on life.

I’ll be honest. I have considered retiring the column more than once over the last year. My enthusiasm for the thing flagged here and there. Part of that is due to my changing relationship with gaming – I don’t write much journalism any longer. Most of my work the last year or so has been for ad agencies. Pro tip: if you want to make money work for ad agencies. Secondarily, my interest in the debate around games has flagged to the point of compete flaccidity. I feel like there are plenty smart people saying plenty smart things about games. You guys got this.

But this renewed push to change and grow Unwinnable has been inspiring. I’m all for change and I’m up for the challenge of finding something new to write about after 150-odd weeks. So, whatever happens next with Unwinnable, I  will be here with the same frequency — once a week (give or take). And whatever I write will be, at the very least, games adjacent. And it will continue to be what I want to write about. That means I’ll be figuring it out as I go along.

See you on the other side?

Pretension +1 was a weekly column about the intersections of life, culture and videogames. Follow Gus Mastrapa on Twitter @Triphibian. Ensure Pretension +1 emerges from its cocoon into something new by contributing to the Unwinnable Weekly Kickstarter.

Why Garrus is the Real Hero of Mass Effect