It was the simplest of words to get stuck on, but when the rail-thin Eastern European immigrant first said the word I couldn’t make heads or tails of it. Was he even speaking English? We were both around twelve or thirteen years old. Me a suburban Floridian. Him the son of a Russian mother and Czech father, new to this country by mere months. He wore thick glasses, a chunky digital watch that beeped every hour on the hour and the kind of short shorts you expect a young Eastern European in the ’80s to wear. “VEE-PON,” he repeated. I could have slapped my face. With context, all the TSR boxed RPGs scattered around the room, it made perfect sense. The concerns of game-loving nerds crossed all Cold War boundaries.

The concerns of game-loving nerds crossed all Cold War boundaries.

Our church had sponsored the family’s immigration. This was in the mid-to-late ’80s, when you still might call this kind of relocation a defection. Mom and dad were scientists. The kids (brother and younger sister) weren’t too far in age from me and my sister. The family thrived in South Florida. Both parents soon found jobs at universities. The kids excelled in school.

My father, who was disinterested in church, took a liking to the family’s patriarch. They had much in common – both schooled and practiced in engineering, both refugees from Soviet countries. My father came here from Cuba in the early ’60s. Our family had supported the overthrow of Batista, but chafed at the rule of Castro. Our land and cattle were lost. Exit was arranged and a new life begun in Chicago.

Dad started out washing dishes. He enlisted for an early tour in Vietnam to combat the spread of communism – a choice he’d later regret. Mom supported him through college so he could finish his degree. He took jobs building dams, banks and power plants. The work as a foreman was hard, but just enough to afford us a home and some security. 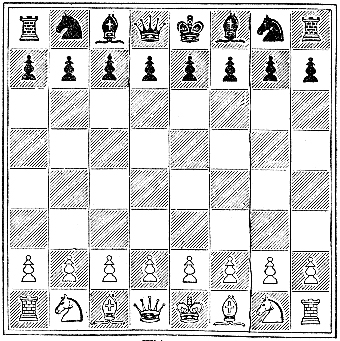 If I know anything about those who have lived under or escaped from communism it’s that they love to argue about living under and escaping from communism. So when we paid visits, my father and his Czech counterpart would sit on opposing sides of a chess board and debate politics at increasingly loud volumes. The clear spirits certainly amplified the discourse. My father would pour rum. The Bacardi label, though distilled in Puerto Rico, was founded in Cuba, he’d remind. And, of course, vodka would flow from the other side of the table.

During bouts like this, kids, bored senseless by such discussions, would retreat to bedrooms – where we’d play Axis and Allies and let the dice decide. I don’t recall whether the games of chess were ever won or finished, but I do recall my father losing the other contest. It was the only time I ever saw my father drink so much that mom had to take the role of designated driver.

By now our immigrant friends had found great success in America. Better, I would say, than we had. Their home was larger and in a better neighborhood. Their jobs paid better and weren’t back-breakingly difficult. My father wore boots to work, not a lab coat. So when dad stumbled out of that air-conditioned house and into the muggy Florida night I could sense that he was chagrined. He simmered in the passenger seat of our shabby American car. Despite all his boasts, my father didn’t feel like a winner.