The hynotherapist’s voice was soothing and British.

You are moving through a tunnel. At the far end is a white light. As you plummet headlong down this tunnel you feel yourself falling deeper into a relaxed state. The closer you get to the light, the deeper the calm.


Roger felt the hypnosis working – the chronic ache in his neck and shoulders seemed to un-kink and release, granting him the first relief he’d felt in ages. The doctors all said he was suffering from PTSD, but they could never pin the condition on anything. Roger’s life was uneventful. Boring even. Except, of course, for the dreams.

Feeling even more relaxed, you turn to look at the sides of the tunnel. It is made of the most beautiful glass you’ve ever seen. Each pane is a window. Just like your dreams. You may look through those windows if you want to, Roger.

The end of the tunnel is getting closer, Roger. At the end you can see the whitest, brightest light you’ve ever seen.

Roger was in the jungle, crouched behind an ancient statue, waiting for the American to come. The bastard’s arrival was signaled by a rifle crack and a explosion of red mist. It was Suharto’s head that exploded. Suharto had only just been married – to a beautiful young woman he’d met the last time they made port in Manado. Eddy Raja didn’t allow the pirates in his employ much joy, but at the very least he let us take brides. The moment Roger had taken to mourn his friend Suharto was his undoing. He turned to see the American lit by muzzle flare. The bullet tore through his chest, puncturing his lung. Roger fell to the jungle floor feeling his chest tighten. Every ragged breath was an agony as each pull sucked more blood into his chest, collapsing his lungs with the pressure. He died with the noise of the American’s guns in his ears and the taste of blood in his mouth.

The end of the tunnel is getting closer, Roger. At the end you can see the whitest, brightest light you’ve ever seen. It is a pure light, Roger. A light full of truth and beauty and meaning. The tunnel and all the lives and pains you are flying past are like a wheel, Roger. Karma’s wheel. It is where all of our pain and regrets reside.

This time Roger was in a space station. His mind mad with anger, hate. He didn’t understand his rage, or even question it. His rage simply was. It was a patient rage. It had been days since he and his brothers had torn through this place, tearing its weak residents limb from limb. They had feasted on their flesh, tearing at the soft tissue with grotesque teeth and yellowed claws. And when it was all done, when every puny soul was devoured, they simply waited. Roger didn’t know how long he’d stood there in the dark, the station’s sirens blaring an incessant klaxon. He didn’t care. His time would come and when it did the suffering he would cause would be glorious. Then he heard the footsteps. Boots on metal grating. Doors opened and closed with hydraulic hisses. And then one final door screamed open. Light poured into the room. The hate in Roger blazed as he lunged forward, roaring with every fiber of his body. The soldier, bloodied and panting, seemed different from the rest. He didn’t cower or run. But rather quickly and efficiently lifted his double barrel shotgun and pulled the trigger. 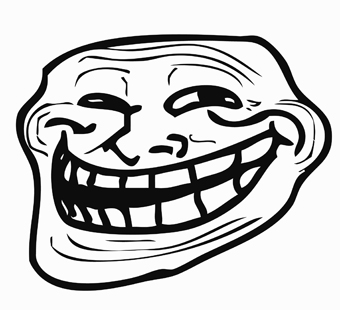 The white light at the end of this tunnel is the source, Roger. As you fall into the deepest possible trance you’ve ever felt, I want you to move past the pain and go to the source. You step into the light, Roger, and you feel the light become you. You become the light. And you feel a sense of peace. From outside the tunnel you can see karma’s wheel and all the spokes that make it. You are outside it all and now, for the first time, you can see everything.

Roger was in a small bedroom, sitting behind a computer. This was different. There were no guns or knives here. No death and destruction. Behind and through it all Roger could see the light the hypnotherapist had mentioned. It penetrated everything, exposing the truth. And though Roger was sitting there at his computer, typing what seemed like harmless jibes – You should be fired. Do some research. Moneyhats. Games “journalism” lol. Go back to the kitchen. – the light showed him the distress it caused, like the death of a thousand cuts spread across a thousand victims. Roger clicked “send” on his final missive, a long diatribe tearing apart a critic who had the gall to give a poor review score to his favorite videogame. He angrily masturbated to a photo of Angelina Jolie Photoshopped to look like she was being penetrated by several men. And then he went to sleep.

Roger floated above his sleeping form and felt a profound sadness. The light had shown him the truth of it all. The reason for the dreams and the karmic debt he was paying. The light washed over home, burning the pain away in its cleansing light.

When I snap my fingers you will come out of your trance. On the count of three. One. Feeling more and more awake. Two. Feeling lighter and more positive about everything you’ve seen and felt today. Three.

Roger thanked the doctor for all his help and left the office dazed, but happier and more relaxed than he’d felt in ages. On the elevator ride down he felt a smile creep across his face. And as he strode across the marble floor of the lobby he felt a kind of hope. Roger pushed through the revolving door and out into the warmth of the afternoon. He didn’t see the SUV, crammed with four madmen barreling down the sidewalk. But he did feel the impact of the vehicle’s grille as it crushed his shoulder.  Roger’s teeth rattled when the monstrous truck slammed into the concrete; he bit clean through his tongue when the wheels crushed his legs.

The SUV plowed into traffic, tearing the bumper off a cab, before speeding off into the distance, leaving a trail of wreckage in its wake.

The sidewalk was slick with Roger’s blood – a pool that grew as Roger’s time on earth shrank. On his back, surrounded by terrified bystanders, Roger looked towards the heavens and the gorgeous, magic hour light of the Los Santos. This wasn’t the light he had seen before – the cleansing, purifying light of truth. No, this was just your everyday sunset. Roger smiled just the same.

A Conversation with Andrew Shaffer