Hi, I’m Stu Horvath. I’m the guy who made Unwinnable.

That’s an important detail. I’ll come back to it later.

The internet is a vast, artificial ecosystem. Every website is an organism made of cell words and organ pictures, thriving, struggling, surviving. To visit a website is to feed it, so an equally artificial selection developed around securing that nourishment. 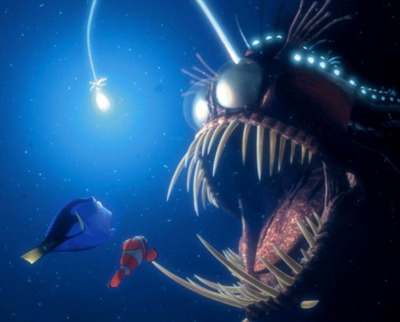 Length and attention span fall into ever-truncating symbiosis. Related links bloom like an anglerfish’s lamp, pagination lures like orchid lips. Analytics twist into a double helix of digital DNA. An intoxicating perfume of SEO pulls mouse clicks forever onward into a cacophonous churn, to be devoured again and again in an endless hourly cycle.

There are dozens of websites out there that use these digital mutations to ensure they constantly siphon in millions of clicks. I’ve worked for some of them. Their evolution has honed them into perfect mechanisms of shareability, the great white sharks of the web.

This is the survival of the blandest. None of these things serves the reader, the writer or the great cultural dialogue that lies at the heart of storytelling.

Because it wasn’t conceived as anything so formal as a business or a publication, Unwinnable’s evolution has been a bit different. News, reviews and listicles vanished over time. Stories grew longer and more thoughtful. Rules relaxed, things got free form and I started running the sorts of things no other publication would dream of printing. The site focused on the relationship between the writer and the reader, rather than the reader and the advertiser, or the writer and the commenter. 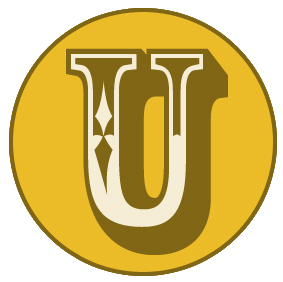 In short, as far as conventional wisdom goes, we did everything wrong.

Weirdly, though, people kept reading, and in increasing numbers. More writers came to us with stories too strange for other outlets. Folks in the games industry, particularly in the indie scene, embraced us. Unwinnable kind of became a thing – a niche thing, for sure, but a thing nonetheless.

I don’t pretend to claim that every story on Unwinnable illuminates or enlightens. Perhaps none of them truly do. But that doesn’t stop us from trying. I’d rather publish stories that have the potential to be great, that only a handful of people read, than pander to people with the basest gruel, advertising dollars be damned.

That kind of attitude was great when I had another job.

Sometime last year, Unwinnable sank into a bit of a vicious cycle. To grow, we needed to maintain our writer pool, but we also needed help in other areas like social media, which required more money than was available, not that there was ever much on hand. To make that money, though, I needed to take on more outside work, which distracted me from working on the site.

This is the main problem with being, essentially, a one-man operation. I’ve always had other editors helping out, but as volunteers, and it is difficult ask too much. That usually means rolling up my own sleeves and taking care of things myself, which in turn leads to chronic exhaustion and, eventually, depression.

What I am getting at is that it is noble to pretend that money isn’t an issue, but money is always an issue. Worse, most of the time, money is the solution. At least until I get a cloning vat.

It is dismaying, in recent years, to have watched so many smart outlets shutter, to see others diminished and to no longer see some bylines at all. I believe there can be places on the internet to find stories that are fun and serious in turn, that surprise and puzzle and elevate. It is my hope Unwinnable can be one of them.

In the four years that Unwinnable has been around, I’ve never ceased to be surprised by the eclectic writers who want to be a part of the experience. They come, encouraged and recommended by friends, to speak their minds. They bring a vast cross-section of perspectives and dissenting opinions, a swirl of thought. It is always a joy, not just to read, but to also to be in a position to share those voices.

Unwinnable Weekly is the first step in a long plan for turning Unwinnable into a viable, profitable publication that takes care of its contributors and never compromises its commitment to be weird, iconoclastic and inclusive. Everyone has stories to tell. Unwinnable is the place to tell them.

Maybe they won’t. Maybe this is a farewell.

Maybe they won’t. Maybe this is a farewell.

It’s really up to you.

The Burnt Offering is a semi-regular column in which Stu Horvath thinks too much. Follow him on Twitter @StuHorvath. Please consider supporting the Unwinnable Weekly Kickstarter. Luke Rhodes has also written eloquently about the need for unconventional culture criticism.