In the past two weeks, I have taken approximately 147,634 steps.

Wait. I just walked to the kitchen to stir some more cinnamon into my bowl of steel cut oats.

I know this number not because I’ve been silently counting under my breath since my last Unwinnable column went online (well, a little bit).

No, I know this because, since my last Unwinnable column went online, I bought a FitBit Force – and I have found a new real-life gaming adventure to become obsessed with.

Now those of you scoring at home may notice that’s 10,547 steps per day. Not a bad average when you consider the time of year, the weather here lately in New York City and the fact I’ve been stuck on jury duty the past couple of days.

It hasn’t been easy. Many of those steps have come trudging through snow with my giant boots. I’ve been taking the stairs at work (I’m on the sixth floor) multiple times a day. I bob and weave through the streets, purposely taking extra steps as I slalom around pillars. When I come home at night, and I’m nearing that magic 10,000 daily goal, I walk a few extra times around my block before bed – or circle around my apartment – to top yesterday’s total. 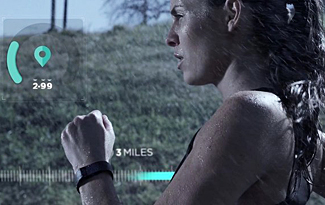 If you’re a regular Rookie of the Year reader, you know I love nothing more than games you can play in meatspace. I’m forever checking in on Foursquare, and my logging of calories on LoseIt! has helped me lose more than 100 pounds.

Now I have a bit of wearable technology that counts my steps, stairs, distance traveled and calories burned – and lets me compare my stats to friends, which taps into my deep-seeded competitive streak.

I have a GameStop gift certificate burning a hole in my wallet, and if I mention buying Grand Theft Auto V one more time, the Girlfriend of the Year is going to cut my tongue out. But if I’ve established anything from writing this column the past few years, it’s that the games that really interest me most are the games that happen away from the living room. Games like Fable II helped me realize that powering myself up was just as fun as doing the same for an avatar. (Although Stu wouldn’t admit it if you were holding a machete to his throat, this is clearly why sports and videogames are kindred spirits.)

I remember as a kid spending countless hours in Phantasy Star III venturing just outside the borders of any given city, looking for fights to build my experience. Now I’m doing the same, just with a little less pixelated violence (and no robotic friends following me in a straight line; unless you count all my gadgets, which why the hell not).

I feel great. Tapping into my gamer soul has changed my life since I wrote my first Unwinnable column on April 25, 2011.

Stu insists that, to him, and to anyone who reads Ready for the Weekend, that I remain forever fat. And to some extent I will – my weight battle will never end.

But as long as I make gaming about more than my comfy armchair, something tells me I’ll be all right.

Matt Marrone is walking as he types this tagline. 147,717 steps! You can follow him on Twitter @thebigm.

Check out The Biggest Loser parts I, II and III.

Rookie of the Year: Temple of Zoom
Previous Post

On Flappy Bird, Games Culture and the Problem with ‘Innovation’