I am Slender Man.

Much more recently, maybe about a month and a half ago, I saw Marble Hornets for the first time.

Please, call me skinny. Make fun of my knobby knees. Rip me for my thin arms.

What is the connection between these two events? Not much of one – except that both stories now feature a tall, thin character … who may or may not be the single most terrifying thing you’ve ever encountered.

There’s Slendy, a faceless bogeyman who lurks in the shadows in what has got to be the scariest YouTube video series ever devised by man, and then there’s me, 128 pounds thinner than my 2006 high-water mark, walking around like he’s the king of the world – with a horrifying ego that’s almost completely out of control.

In both cases, though, you gotta love it. Slendy will have you sweating through your clothes, yet you’ll go back for more – and probably buy the DVDs and a T-shirt, just like I did.

Me? I’ll make you roll your eyes, but either 1) You’ve already learned to deal with my shit or 2) You’re so glad I’m not wallowing in self-pity anymore that you’ll take it.

Sure, my ego has long been noted by my Unwinnable colleagues. But now I can enjoy it 24/7 instead of brooding in silence 97% of the time.

Marble Hornets is a low-budget project that uses so-called found footage to tell the most fucked-up tale you’ve been told in some time. Every week or so, a new video appears – sometimes 15 minutes long, sometimes 30 seconds. It begins with the narrator discovering a cache of his old f 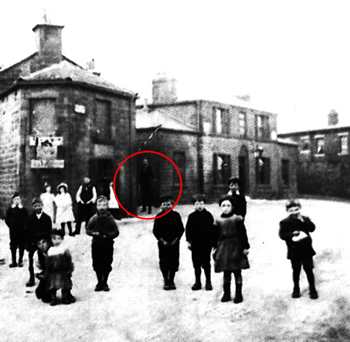 riend’s never-finished student film, and noticing a strange figure – dubbed Slender Man by the Internets – lurking in the background of a particular, disjointed handheld shot. His investigations continue, more Slender Man sightings occur, and he is soon drawn into the story himself, with harrowing consequences.

What it lacks for in budget, it makes up for with creative touches and old-fashioned edge-of-your-seat tension. I don’t scare easily, but Marble Hornets makes me sweat. Literally. I’ll never be the type to hold his fingers over his eyes, but the strain to keep watching, to keep my head from retracting into my torso like a turtle, is a minor workout.

The folks behind it are college students who look like they’re still in middle school. The acting ranges from mediocre to tolerable, and the HD camera they clearly could only afford starting in Season 2 makes a huge difference from the early videos – although one could argue the low-fi filming actually adds to the spookiness. But it might just be the best thing on “TV” right now (here’s hoping the show doesn’t go off the rails, X-Files- or Lost-style).

As for Lose It!, a calorie-tracking iPhone app, well, I’ve been gushing about it in this space for months (parts 1 and 2). Each and every day, without fail, I log the calories I consume, following the limits the app sets based on my height, weight and diet plan – numbers that are updated every time I get on my Wi-Fi powered scale, which uploads my weight to my iDevices.

I gave myself one year to reach my goal weight – 96 pounds down, which I am happy to report I achieved the other day – consoling myself in my deepest, darkest moments with the thought that 2011 would be my last year as a fat person. Today, I am under 200 pounds for the first time as an adult – and I feel spectacular. I’m wearing clothes that fit and that come from regular stores – not Big and Talls. I don’t feel like I need to wear a T-shirt under every button-down, and I have the confidence to go outside with only a T-shirt. And the ladies, well … they’re on board, too.

Now, I’m about to embark on my next adventure: adding some muscle to my now skin-and-bones frame. But please, call me skinny. Make fun of my knobby knees. Rip me for my thin arms.

It’s all worth it. Because to the world, I am now tall. Not big. Not fat. Tall.

It’s like no one realized I was 6’3″ before. I was the bearded fat guy. I was Strong Sad.

Now I’m Weak Happy. By next year, I’ll be Strong Happy, and watch out.

But whatever the future may hold, today I am Slender Man.

And you should be shaking in your boots!

Don’t be fooled, Matt Marrone’s ego is actually quite small and fragile. Maccone’s, on the other hand … You can follow them both on Twitter @thebigm.