I had no idea what Skyrim was when I got it. It was an impulse buy, the day it came out, and I only took a chance on it because I had a gift card.

Now, I have to set reminders to eat, sleep and, especially, go to work – as if I need my iPhone to provide some sort of iOS-based assisted-living care. 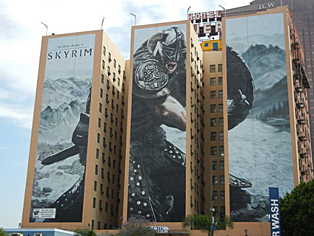 What gets me is that I would now strongly consider giving up said job in order to spend days and nights on end, not playing the game, per se, but searching through wardrobes and cupboards, talking to random villagers and vagabonds to pick up side quests, galloping in circles on my brand-new horse, collecting butterflies and firebugs, searching for programming glitches and walking through winter wonderlands staring skyward to see if the snowflakes really do generate randomly.

It would be one thing to see myself as a conquering hero, ready to sack the Stormcloaks or rid the land of the dragon scourge – or whatever it is I’m supposed to be doing. Instead, I often find myself reduced to a 33-year-old man-child whose overriding ambition in life is to finally figure out how to kill one of those goddamn mammoths who graze, innocently and insolently, near the Western Watchtower.

Meanwhile, my employer – a major TV network with an associated Internet empire – continues to do everything in its vast power to make me push back my wheeled office chair from my desk, race across the newsroom to the elevator, expense a cab ride home and play Skyrim until my eyes bleed.

We’ve been airing that awesome live-action trailer approximately 600,000 times a day (I’ve been keeping a running count), slotting preroll ads for the game into our online videos … and doing just about anything else you could imagine short of having our anchors play it on air.

The other day I went outside just to get away for a minute and a bus passed by with a giant Skyrim ad emblazoned on its side.

If this keeps up, you’ll find me blacked out on the floor in front of my TV, clutching my Xbox controller with pale, clammy fingers, having read Vol. 3 of the Biography of Barenziah for the second time and coming to the devastating realization that I have scanned, cover to cover, all 300 books in the game.

I’m no conspiracy theorist, but how many others out there are being brainwashed like me? If I was an Occupier, I’d have long since abandoned my post, leaving the protest foundering for all I care. Let Wall Street fat cats take every last dime, as long as they agree to issue green stamps redeemable for Elder Scrolls VI, whenever that comes out. 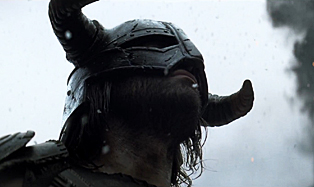 Still, before I completely succumb to Skyrim‘s soul-sucking powers, and with my last shred of dignity, I’d like to make a brief plea to a few of the key players in this nefarious global takeover (and by global, I mean at least from my office in Manhattan to my apartment in Queens) – because, as both of my readers know, they’re probably going to catch wind of it and, in their shame, make wholesale changes.

To Bethesda Studios: I’ve already bought your blasted game. Now, please leave me alone for a few hours while I’m at work so I can earn enough money to pay my rent and assorted utilities, and not get cold or wet from a lack of heat and/or a roof over my head as I spend every waking moment of my spare time decorating my house in Whiterun, chatting up Ysolda and trying to earn enough perks to upgrade a magic-infused battle axe that I don’t even use anymore.

It’s not just me who’s asking. The Skyrim Conspiracy might not exist, but the brainwashing – intentional or otherwise – is clearly in its early stages; I think everyone else on this planet has bought your game, too. My friend Lis down the street, who plays one video game every other year, has it, and we even invited our mutual friend Hannah over so the three of us could spend 45 minutes discussing chin widths in order to create a character for her that she’ll never even use.

Does your greed know no bounds?

To My Employer: Please continue to take Bethesda’s ad dollars, but keep in mind that there are TVs running in our office all day and night, and that this is exactly the type of mouth-watering product propaganda that will leave our company with no actual content to wedge into the cracks between the ads.

I’ve already told a coworker he needs to finally get his Red Ring of Death fixed so he can buy this game.

I think my exact words were, “You’ll never forgive me for this … but you need to play Skyrim.”

To the Mammoths: Will you please fucking die already?

I don’t even need to kill you. You’re peaceful and don’t in any way provoke my attacks. I just decided one day to see if I could. Obviously I can’t, which has now, as I alluded to earlier, taken over as my most important developmental goal. If you don’t die soon, I will lose the faith of the Companions, disappoint Delphine or, worst of all, let down Lydia, my loyal housecarl who would gladly take a mammoth tusk through the throat in my service.

On far more than one occasion.

Matt Marrone admits it’s not much of a conspiracy theory if the only evidence so far is one person who’s soon to be jobless and dependent. But it just feels so REAL. You can follow him on Twitter @thebigm.

Rookie of the Year: Skyrim, The Most Terrifying Game Ever
Previous Post