Last weekend we buried my friend Carlos Batts on the side of a hill in Glendale. It was the magic hour, so the sun and smog conspired to give mourners a Tony Scott panorama of downtown Los Angeles while we pondered the loss of a friend gone too soon. In attendance were the bent and burnt of Hollywood. I counted more than a few pornographers in black, models with tattoos spilling from dress sleeves too. One dude looked like a East L.A. biker. More than a few bore the cultivated look of art collectors and gallery owners – pricey-looking clothes rumpled just enough to look counterculture. 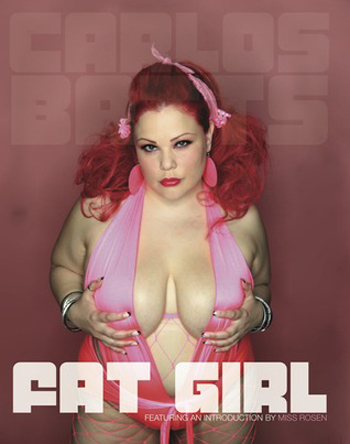 Carlos Batts was a photographer and artist – the kind that straddled the worlds of smut and fine art. Truth be told, though, Carlos was often neck deep in filth. But his work, especially his photography exploring the sexy and seedy side of Hollywood, played nicely in the gallery setting. Earlier this year he debuted a book at LACMA – a collection of photographs called “Fat Girl.” The girl in question was his wife, April Flores. The book is a celebration of April’s beauty, a challenge to conventionality and the perfect expression of two Hollywood iconoclasts in a loving, symbiotic, creative relationship.

Ten years earlier Carlos and April married in a setting not too dissimilar from the cemetery hill – one of those kooky California canyon enclaves owned by aging hippies. Two weeks ago, April found Carlos dead on their couch. I can’t imagine the utter devastation April feels at having lost her lover and partner in crime. When I try to think of a similar tragedy happening to me and my family my heart aches, then before I can truly start to digest the loss, everything disconnects like a fuse tripping. It’s just too painful to be contemplated.

I have been debating writing this piece about Carlos because it has been years since I talked to the man. Because of this distance, his absence still feels unreal to me. My feelings felt selfish and minor compared to the wrenching pain that Carlos’ closest family and friends must be going through. It seemed wrong to make the story about me. I changed my mind this week when my wife and I decided it was time to put down one of our older cats. Better to honor this grief and try to put it in context so that others, with similar regrets, might see that they’re not alone.

Jack was a shy, orange, short-haired cat who spent much of his day lazing in a cat bed near the window or lurking under our bed. Months ago, when Alexis was pregnant with Halford, Jack would jump up onto the bed and nuzzle close to her belly for the entire night. His health has declined since Hal’s birth and our move to the Coachella Valley. Over the last week or so, he stopped joining the other cats in begging for breakfast and dinner. He’d long been living with kidney failure, but age and disease had finally caught up with him.

Alexis knew it was time when he came up to the bed and sat, not touching her, but facing away. He purred weakly and held very still, breathing slowly. When we petted him, we felt how much weight he had lost and knew he was ready. Alexis took Jack to work and administered the Euthasol herself. I stayed home, watching Hal, and already began to ponder how difficult it was to notice the difference between Jack being here and Jack being gone. People joke about cats being mere roommates and there is truth in that, but he was a part of our lives, a constant that is no longer part of the equation.

Before Alexis came home from the vet, I found the cats’ food bowls. We keep four in the bedroom on top of our dresser. I took one, dumped out the leftover kibble and put it in the dishwasher. 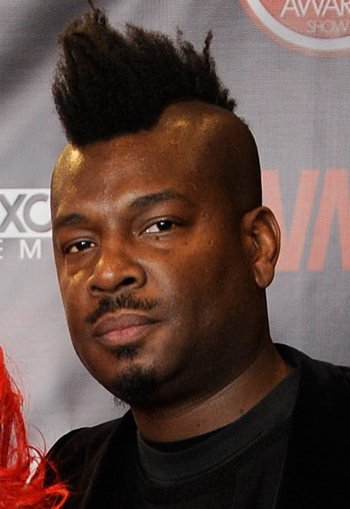 Of course, my relationship with Carlos was more complicated, more fraught.

Years ago, we were to collaborate on a film. He fed me some ideas and I began to write. I was excited about the prospect. This would be our Beyond the Valley of the Dolls, but I let my artist’s pride get in the way. After I started working on the script, I felt more like an unpaid writer-for-hire than a collaborator. Things got busy and I let the script fall by the wayside – delivering a 30-page short rather than a full-length script. Things just sort of petered out. Then there was a long, awkward silence. Much later, we squashed whatever bad feelings there had been, but the distance had become a habit.

Back when we all lived in Hollywood and saw one another every other weekend, Carlos would always say, “Come through.” That was his open invitation to go over and just hang out.

I don’t get out to Los Angeles much anymore. I’ll make the two-hour drive once or twice a month. And a couple of times a year I’ll work in L.A. for two or three weeks. When I drove down Hollywood Boulevard, crossing westbound over the 101, I’d always hear Carlos’ invitation. “Come through.” I’d consider pulling my phone out of my pocket and making the call. Their apartment was so close. But I’d always come up with an excuse. Next time.

After a bracing whiskey shot, we talked about the nature of friendship and how as we age it feels like there’s not enough time to keep all the plates spinning. “Who has the time?”

“Bryan does,” Mitch said. He, like me, has kids and plenty of reasons to be a homebody, retracting from social life.

Bryan, though, works more than anybody I know. And Bryan, of all people, puts a ton of effort into keeping up with his friendships. He was one of the few people to make the effort to come and visit me and Alexis when we lived in the godforsaken high desert.

Bryan was modest about his dutiful nature. But as we huddled there in the dim light finishing our beers, I gained more admiration for the man, because now I know what it is like to have left a plate to wobble and fall.

The Light at the End of the Tunnel
Previous Post