Hi, I am Ian Gonzales and I have opinions. I’ve been writing for Unwinnable since the summer of 2010. I mostly write about comic books and movies (hence the title, Panels & Frames) and I curate our annual Best Comics list. This is a place where I will ruminate on whatever catches my fancy or my ire in this all encompassing box we call culture. So, here we are.

Today, I am here to write about zombies. 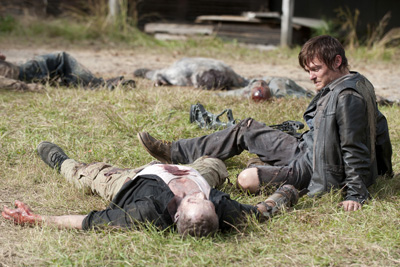 Like most people my age or older, I remember a time when zombies were not a prevalent part of popular culture. In fact, I remember a time when friends not in the know would be horrified by the zombie kids in Dawn of the Dead. I loved Dead Alive and The Return of the Living Dead but aside from them and Romero’s Dead trilogy, there weren’t too many zombie movies that I enjoyed in those days. Good zombie flicks were hard to find for a long time. Then somewhere between 28 Days Later and The Walking Dead, the horde swarmed our culture.

The Walking Dead is an interesting phenomenon. I don’t hate either the show or the comic. On the contrary, I think they are both pretty well made. The problem I have with them comes out of a conversation I had with Unwinnable Editor in Chief Stu Horvath. The worlds Robert Kirkman created for both the show and the comic are unrelentingly bleak. There isn’t much fun to be had in The Walking Dead and that turns me off. The concept of the dead returning to eat the living is so terrifying that it needs to be balanced with some kind of humor. Otherwise its emotional torture porn.

What always fascinates me about the living dead is how the concept lends itself to both social commentary and humor. Dawn of the Dead is about the rise of mall culture and increased consumerism. It’s a pretty bleak movie, but it’s a black comedy. I still laugh at the scene where the hillbillies chug beer and keep score as they take shots at the zombies with their hunting rifles. They seem to take it all in stride as society crumbles around them. The Return of the Living Dead isn’t so much a black comedy as it is super gory slapstick. It starts at Uneeda Medical Supply where Frank, a long time employee of the company, shows Freddy a new hire, the ropes (and a secret barrel filled with the US government’s darkest secret – a zombie!). The two bumble about and accidentally unleash a localized zombie apocalypse. Return is full of gratuitous nudity and barrels (literally) of gore. The flick is more Dr. Strangelove than Night of the Living Dead with it’s government conspiracy angle, but it is a blast. 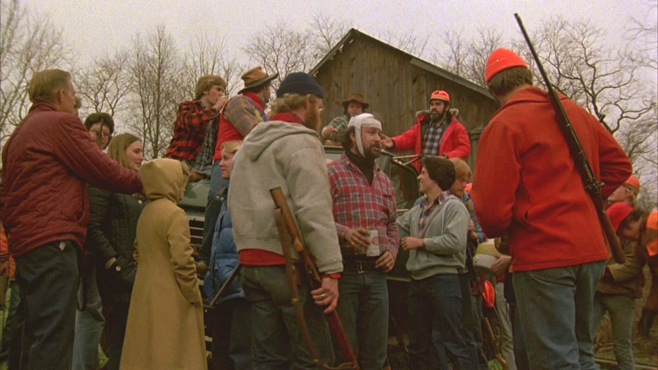 Enter Shaolin Cowboy # 2. Created by Geoff Darrow, Shaolin Cowboyis about a nameless Shaolin monk who wanders around “the day after yesterday and a week before tomorrow.” He faces all kinds of foes in hyper violent, often absurd battles and the latest issue is no different. Picking up where the last issue left off, the Shaolin Cowboy has hundreds of zombies converging on him. All he has are his martial arts skills and two chainsaws tied to either end of his long (probably bamboo) bo staff.

The entire issue is a zombie massacre. Besieged on all sides, the Cowboy proceeds to punch, kick and cut up the rotting dead for a whole comic. It may be the most graphic comic I’ve read all year and it is awesome!

The level of detail in Darrow’s artwork is staggering. Aside from the first page, the entire issue takes place from one perspective as the Cowboy battles off the zombie horde for 33 pages. It is bloody and a bit uncomfortable, but Darrow’s fight choreography is mind blowing and it is clear that he’s having a lot of fun. It’s not a soap opera, like, say, The Walking Dead. No, Shaolin Cowboy # 2 is an insane fight for survival across 33 pages!

Zombies don’t always have to be dire. Sure they’re rotting, flesh-eating corpses, but seeing a Shaolin Cowboy annihilate them or watching a whole town turn into brain craving monsters in a Dr. Strangelove inspired romp is equally enjoyable, if not more so. Well, at least to me. Like I said, I have opinions.

Since we don’t have comments here anymore, say something nice to me on Twitter @IanGonzales. Or say something mean, whatever. I won’t block the nice people though.