Inside my head, there is a little man. He sits wrapped in wires and surrounded by machinery. When I see, the rods and cones in my eyes transmit the visual data of the world to the screens that hang before him – they are arranged in an arc, just so, to simulate both the sharp focus in front of me and the fuzziness in my periphery. The sense of touch is delivered via a haptic body suit while taste and smell come to him through an elaborate gas mask. Two monstrous speakers on either side of his chair blast out the noise of existence in high fidelity.

Inside my head, there is a little man. He sits wrapped in wires and surrounded by machinery.

The little man monitors and interprets and comprehends the world for me. He thinks as my body experiences. How, then, does the little man’s mind perceive all these things? He must have an even smaller man in his own head, strapped into the same kind of sensory apparatus. And he, an even smaller man, and so on, in infinite regress.

This is the Cartesian Theater. Put forth in Consciousness Explained by cognitive scientist Daniel Dennett, the theory seeks to refute 17th Century philosopher Rene Descartes’ idea that the mind, the seat of consciousness, and the brain, which rules intelligence, are ontologically different. As one of the Four Horsemen of New Atheism, Dennett considers this homunculus (Latin for “little man”) to be an absurdity, a means to exorcise the stubborn ghost lingering in the machine of rational thought, but the concept has its roots in a much older and far stranger tradition.

Compiled sometime between 1509 and 1529, Cornelius Agrippa’s Three Books of Occult Philosophies is the definitive collection of magickal lore for its time. While expounding on the then-accepted natural phenomenon of spontaneous generation, Agrippa alludes to the homunculus, describing an alchemical treatment that can cause a hen to hatch a man-like creature from her egg instead of a chick. 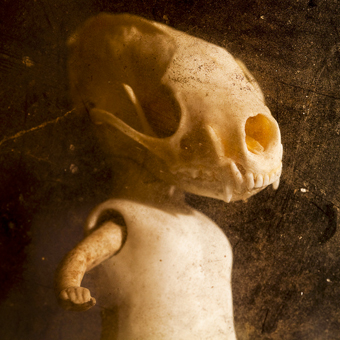 Around the same time, another occultist named Paracelsus wrote more explicitly of the creation of a “chymicall homunculus”:

Let the semen of a man putrefy by itself in a sealed cucurbite [glass vessel] within the highest putrefaction of the venter equinus [horse manure] for 40 days… After this time it will be…like a human being, but, nevertheless, transparent and without body. If it is nourished with the arcanum of human blood…it becomes, thenceforth, a true and living infant, having all the members of a child that is born from a woman, but much smaller.

Other recipes for homunculi exist, but they are variations on a theme. Sometimes the homunculus must be fed lavender instead of blood. Sometimes the physical form of the homunculus must be fashioned by the alchemist with roots, sticks and twine, the magical process then quickening the construct. The result is the same: a little man, bound in servitude to the magician.

Neither Paracelsus nor Agrippa were stereotypical mystics. They were rational men living on the edge of the Scientific Revolution. Agrippa was a practical man – at times in his life he worked as a doctor, a lawyer and a soldier – and his Three Books sought to reconcile his period’s increasingly complex observations of the natural world with thousands of years of theological thought. Paracelsus, meanwhile, founded the field of toxicology and paved the way for modern medical thinking. Dismissing the idea of the alchemical homunculus because it is outlandish misses its metaphorical value. 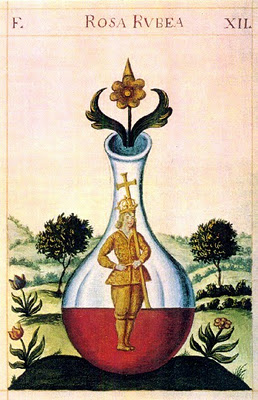 Similarly, technology has changed the potential applications of Dennett’s Cartesian Theater in unexpected ways since it was first envisioned in 1991. The ubiquitous, interconnected virtual space of the Internet has increasingly become a filter which we place between our consciousness and reality, augmenting and expanding how we interact with the world. The fact that we see the filter via a screen makes Dennett’s little man both prescient and perhaps a bit problematic.

It has a particular significance for some modern videogames. Take the life of Ezio Auditore da Firenze, the Renaissance-era protagonist of Assassin’s Creed II. His was, like any other’s, a string of experiences and sensations, but in the context of the game, those experiences and sensations are being perceived by another – Desmond Miles. Thanks to the Animus machine in the 21st Century, Desmond is able to relive – and exert a certain amount of control over – the lives of his ancestors by way of the memories contained in his DNA. He is the homunculus in Dennett’s theater. And I, the player, am the little man in the mind of Desmond Miles.

Where Dennett’s personification of sensory perception corresponds to linear games and a player’s interaction with (or rather, through) strongly defined characters, the physical homunculi of Agrippa and Paracelsus are strongly reminiscent of the avatars we slip into in order to play games with open, emergent narratives. When the focus is on more ephemeral pursuits than story, like Skyrim, we create and control what is, quite literally, a little man – or woman. My soldiers in XCOM, my gang leader in Saint’s Row, even my commando in Borderlands 2 with his ever-changing heads; I mold their features and tweak their attributes, defining their existence. They are my will made manifest upon the game world.

These are two kinds of homunculi, born of two philosophies that could not be more different, and yet, both ring true in a single medium well outside those philosophies. Games are mathematical systems, a series of if/then equations that resemble Dennett’s overall conception of consciousness. And yet, games only come alive for a player when they brush up against magickal thinking. The two homunculi have to work together.

Stu Horvath often wonders if his own pair of homunculi (pictured above) would excel as editors. Watch him perform alchemy with 140 characters on Twitter @StuHorvath. Check in for another Burnt Offering next week.