The first thing I did in XCOM: Enemy Unknown was customize my soldiers. Vincent Domingo, a beefy soldier from Ecuador, metamorphosed into an impossibly muscular approximation of myself – bald, goateed, grumpy. My other troops soon took on the appearance of friends and colleagues.

This was a mistake.

Naming my soldiers after my friends is just a candy coating of guilt.

You see, XCOM, a turn-based strategy game concerned with Earth’s population fighting off invading aliens, is a viciously difficult game. Its battles are pitched and even the slightest misstep can mean death for my soldiers. And unlike most other videogames, the deaths in XCOM are permanent.

I had my first fatality in my first mission. Managing Editor Rob Roberts was killed in a crossfire – I hadn’t gotten him into cover properly. His replacement, Jenn Frank, died in an ambush in the next mission. Their names were engraved on a memorial in the XCOM base. It plays bagpipes whenever I look at it. The men they left behind wonder nervously who will be the next to go.

Twenty missions have gone by without another death but soldiers get sidelined by injuries. That means calling up new recruits. I have a pool of heavily armed and armored Unwinnable contributors at my disposal now, battle-hardened veterans with nicknames like Psycho and Mister Clean. With every new victory, the odds that one of them will be killed in the next conflagration increases, but they march, uncomplaining, into the maw of probability. 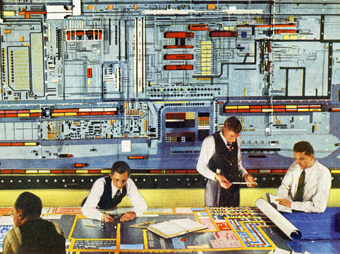 The friends who inspired their videogame counterparts have a variety of views on this. Most think it is funny, some think it is morbid. Steve Haske seems particularly worried about the safety of his shotgun-wielding incarnation while Brian Taylor encourages me to deliberately kill off his sniper so he doesn’t have to hear about it anymore.

I fret for my soldiers. Aside of hoping uneasily that the game doesn’t act like a set of voodoo dolls, I have grown fond of the stats and equipment loadouts that bear my friends’ names. This isn’t like my buddies in Far Cry 2 or the friends lost over the course of the Mass Effect games. No, the fondness for my troops in XCOM has a lot in common with playing with G.I. Joes as a kid – if you break one, you know you’ll never get it replaced by your parents. Naming something so fragile after friends is just a candy coating of guilt.

At some point, though, the heavy weapons guy named after me is going to take one too many plasma blasts. When it happens, it is going to be weird, but until then, I will take it one very slow turn at a time.

Stu Horvath is a man you want on your side if turn-based aliens ever invade. Pick up pointers from him on Twitter @StuHorvath.