When Renaud Bédard spoke, I did not understand his language.

He was delivering his GDC lecture “Cubes All the Way Down: FEZ Technical Postmortem” and my bafflement had less to do with his Quebecois accent and more to do with the swirl of math, programming terminology and game developer jargon he spouted while describing the technical side of his five-year odyssey with Phil Fish. A couple of 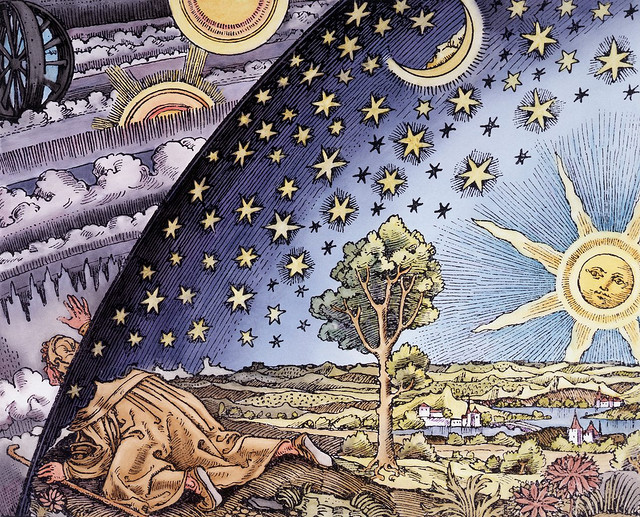 my fellow writers left halfway through, when the tide of arithmetic was at its crest. I would feel dishonest if I didn’t admit to letting my eyes fall closed, like in the back of a high school algebra class.

There were five of us left when it was over. We all felt that we had seen something important, something that had value, but we struggled to find the words to express it.  We were word people, we five, and the symbols we use to describe the world are often directly at odds with the symbols Bédard uses.

A code is a system of rules by which information is converted from one form into another. The most famous code is probably Morse – letters are translated into a series of dots and dashes to allow messages to be transmitted quickly over long distances. Grammar, in many ways, is another kind of code. Bédard works in a programming code, long strings of characters that delineate computational instructions, which translate naturally occurring phenomena like space and physics into an abstracted digital simulation.

Put another way, Bédard uses numbers and protocols to create his world.

During the Middle Ages, Jewish mystics developed an esoteric system to find meaning beneath the surface of their scripture. They sought to 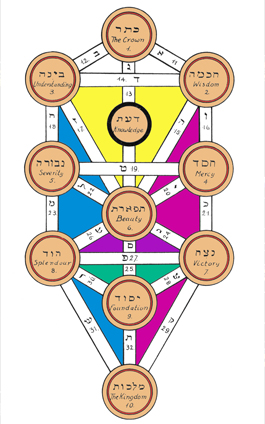 discover deeper connections between the infinite creator and His finite creation. Over the ensuing centuries, this system became known as Kabbalah.

One method of Kabbalistic interpretation, called gematria, involves assigning numerical values to letters, words and phrases in hopes of finding new relationships between concepts. For example, the numeric value of the Hebrew letters of the name Adam total 45, while the total for the four-letter name of God is 54, both of which combine to 9. Therefore Adam = God, which is telling since the former was created in the image of the latter.

There is more at work here than numerological games – there is also the possibility of unimaginable illumination. Through gematric calculations, Jewish mystics believed they could discover the secret name of God, the Shemhamphorasch, and learn how to manipulate its sacred letters. It was with the power of His name that God created the universe. More than that, there is no practical division between all three – the name IS the universe, just as God IS the name. To harness that power would mean having control over the very fabric of reality. It would be transcendent.

I was thinking about these things as we walked out of the lecture room into the halls of the Moscone Center. Isn’t programming code a kind of gematria? And, if that is the case, is a game engine a digital simulation of the Shemhamphorasch?

In FEZ, you take the role of Gomez, a cute little two-dimensional fellow who is, after the intervention of a mysterious force, given the ability to perceive three dimensions. He has been initiated into the greater mysteries of the world. He is illuminated. 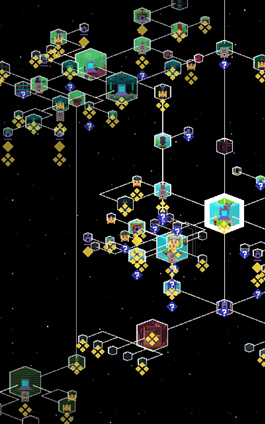 Gomez’s journey is one of mystical revelation. The trappings are everywhere: secret alphabets, cryptograms – even the world map looks to be modeled after the Sephirot, a kind of Kabbalistic map of existence. As he collects the necessary experiences, represented by the cubes and anti-cubes, the way is opened up for further enlightenment, which in turn gives him greater powers over his environment.

The final puzzle in FEZ, the notorious Black Monolith, had a solution so obscure that it took thousands of players, working in tandem, several days to crack. Thanks to brute force – trying and logging every possible combination – the correct code was finally revealed, but the meaning behind it was not.

We five writers felt the same when we stood outside the lecture hall, digesting Bédard’s presentation. We had witnessed a revelation, that much we knew, but it was outside our ken. We hadn’t the knowledge to benefit from it nor a system of gematria to decode it.

In FEZ, as in the real world, some mysteries remain unsolved.

The letters in Stu Horvath’s secret name add up to 42, which is equal to Babel Fish, Unwinnable and kumquat. Get more bizarre numerology on Twitter @StuHorvath.