“Should anything happen to me, Claudia, should my skills fail me, or my ambition lead me astray, do not seek retribution or revenge in my memory, but fight to continue the search for truth so that all may benefit. My story is one of many thousands and the world will not suffer if it ends too soon.”


– Ezio Auditore da Firenze, in a letter to his sister Claudia, 1510

On a warm afternoon in 1524, Ezio Auditore da Firenze found himself sitting on a bench in the Piazza della Signoria, the same piazza where his father and brothers were executed nearly 50 years before. While his wife and daughter collected groceries in the market, the master assassin died quietly after suffering an apparent heart attack. He was 65 years old.

That Ezio died is an unavoidable fact of the human lifespan. The fiction of the Assassin’s Creed universe is set in an early 21st century where it is possible to replay genetic memories, including Ezio’s life, courtesy of a kind of technological scrying pool. It was safe to assume that the Renaissance-era noble-turned-assassin had, at some point, moved on to the big assassin den in the sky. But knowing someone is dead and witnessing that death are two entirely different things.

Death is an inevitability that some videogame characters simply cannot escape. John Marston faced it down with steely resolve. Dom Santiago sacrificed himself to save his best friend. Kratos was consumed by his unquenchable rage. Other characters die by choice or by chance. In my playthrough of Deus Ex: Human Revolution, Adam Jensen chose a moral imperative over self-preservation while in Mass Effect 2 friends like Tali died because I failed them as a leader. 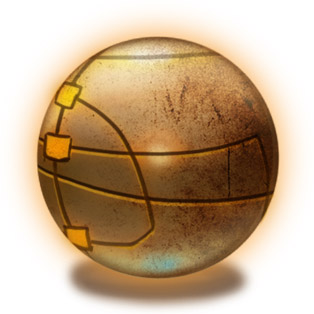 All those deaths resonate for me but, while I have degrees of fondness for all of those characters, the time I spent with them (which in terms of gameplay could span dozens of hours over multiple releases) only amounts to a relatively small portion of their entire (fictional) lives. With Ezio, I watched him grow up. Watched him deal with adversity. Grow old. He endured. And then he died.

We witness Ezio’s birth at the start of Assassin’s Creed II and first take control of him as a spoiled 17-year-old Florentine. After the execution of his father and brothers and his subsequent exile, he enters the world of the Assassins and joins the struggle against the Templars, first for vengeance and then for more noble reasons.

The game spans 16 years of Ezio’s bloody struggle against Rodrigo Borgia and his schemes. More than anything, over the course of this tale, Ezio is searching for meaning – of the conflict, of his sacrifices, of the grave injustices of the world. When he is on the verge of revelation at the end of the game, however, the message he receives isn’t for him, but for Desmond Miles, a descendant who won’t be born for another 500 years. At the end of his journey, the answer Ezio found was one he would never be able to understand; there would be no grand resolution. It is one of the cruelest turns of narrative I have ever witnessed, in a game or otherwise.

The bitter fruit that is the ending of Assassin’s Creed II made me all the more relieved to learn that Assassin’s Creed: Brotherhood would continue Ezio’s story. And continue he does, not as a transcendent hero, but as any other man who had suffered a crushing defeat would – one day at a time.

Of course, even with the more fantastic elements of the story relegated to the background, Ezio’s life is hardly boring. Brotherhood spans 15 years of high adventure, but at the center of it is a man who is growing old, pondering mortality and plagued with doubts. Age is a subtle undercurrent. Passersby comment on it. His growing role as a mentor to a larger organization embraces it. Ezio even adapts his swordplay to it – his style is more calculated and less energetic than the flamboyant swashbuckling of the previous game.

Nowhere is the impact of aging more striking than in the contrast between the game’s current time period and a series of flashbacks to Ezio’s early days, during the courtship of his first love. In one instant, we see him with his dark beard and scar, his voice weary with experience. The next moment, he is back in Florence, fresh-faced and carefree, just as we knew him at the start of the previous game. The effect is jarring, the weight of years suddenly all too apparent.

The first trailer for Assassin’s Creed: Revelations, accompanied by Woodkid’s funerary “Iron,” made the final Ezio-centric game feel like a march to the scaffold long before it hit store shelves. Jesper Kyd’s beautiful soundtrack, heavy as it is with loss and longing, does little to dispel the pall once inside.

Neither does Ezio himself. He seems broader and stockier than in the previous games and also slightly hunched. His beard is grey and his mission, to travel to the Levant to locate a secret library his father could not, smacks of a desire for a worthwhile legacy. Indeed, while there is no shortage of Templars to kill, the real battle of Revelations is the one inside Ezio’s head, between the duty he feels he must fulfill and the personal happiness he keenly craves.

In the end, faced with a never-ending conflict, Ezio chooses a simpler life. He walks away, accepting that he played an important role in events, even if he never fully comprehended what it was. A dozen years later, on a warm afternoon, he sits on a bench in the Piazza della Signoria, never having saved the world, but having truly lived in it.

Illustrations by Amber Harris. She can be contacted for commissions at AmberHarrisArt@gmail.com.