I looked out my bedroom window and saw a squirrel curled up among the fallen leaves on the sidewalk below. It had none of the twitchy squirrel vigor I expect, especially in the frantic acorn-gathering autumn.  In fact, it was almost perfectly still.

The animal moved ponderously, like a poorly done special effect or the disjointed locomotion of a zombie.

When it did finally move, it did so with great difficulty, dragging itself forward into my yard, through the dying plants, one agonizing foot at a time. It seemed to be having particular difficulty moving in a straight line – more often than not it would start curving left, moving in complete circles rather than a more reasonable destination.

It was unnerving to see a quick and graceful animal move so ponderously, with such a lack of coordination. It seemed unnatural, like a poorly done special effect or the disjointed locomotion of a zombie.

My immediate concern was that it was sick, or worse, rabid. I could hear the neighborhood kids playing despite the gathering dusk and, being a homeowner, it didn’t seem like something I could ignore. I called the police, who put me in touch with Animal Control (that’s how we do it in town for some reason – you can’t just call Animal Control, the celebrities of civil service).

The fellow on the other end of the line was cheerful and asked a number of questions. Is the squirrel being aggressive? No. Did you see it fall out of a tree or sustain any other injuries? No. Can you see any open wounds? No. Is it moving in a straight line, or in circles? Circles, mostly. 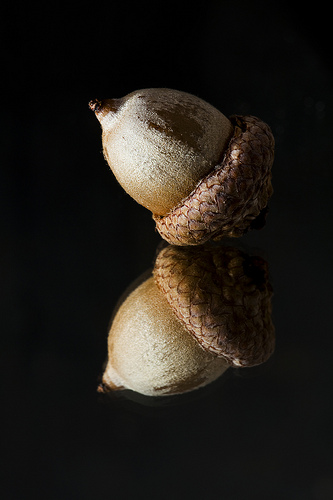 “He probably fell out of a tree. I would just leave him be and see what happens. They are durable animals, squirrels – more often than not, by the time we get there, they’ve recovered and scampered off. We can come down there, though, and send him to heaven, if that is what you want. Or you could wait, see if he goes to heaven on his own overnight. If he does, we can come get him then. Or you can just put him in a plastic bag and put him in the garbage.  It’s up to you.”

I opted to wait, at least a little while – it didn’t seem right to bring in the executioner if the squirrel stood a chance of snapping out of it. I went outside and watched it for a while. It had crawled a good way by the time I got back outside and curled up under a bush. As I watched, it watched me back. It was alert to my presence, but tired and not inclined to hide more than it already had. Its breathing did not appear to be labored.  Maybe the man from Animal Control was right.

On the other hand, I traced its path back to the sidewalk and saw spatters of what could have been blood. Maybe Animal Control was wrong.

Before I could decide what to do, I was told my 94-year-old grandmother was not feeling well and wanted to go to the doctor. I took one last look at the squirrel, now somewhat peaceful, and thought that maybe he would be fine or that maybe a quiet death under a bush wasn’t so bad for a squirrel. It was no longer in my hands. I went to the car.

It was not a pleasant situation but, while I am not happy with how I left it, I am comfortable with the fact that my appraisal of the situation was filtered through compassion. I tried to weigh suffering against hope.  I was trying to figure out what was best for the squirrel.

The encounter with the squirrel crystallized something I had been pondering since catching up on Telltale’s The Walking Dead episodes, a series of adventure games based in the same universe as Robert Kirkman’s comic books and the AMC show of the same name. The game, in particular, has been lauded for its rich characterizations, complicated relationships and difficult moral dilemmas, but it still left me cold. Like the show and the comics, the interactive version of Kirkman’s zombie-verse is awash in a deep cynicism of the human experience that I do not share. 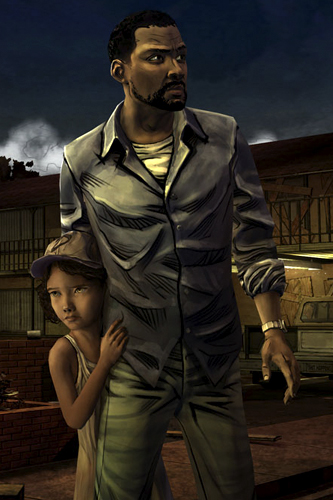 I believe people are inherently shitty – we fight, we kill, we manipulate, we steal. Hobbes’ Leviathan lives in our darkest depths. I think these things are basic evolutionary functions, that violence and destruction and our black impulses are a completely valid reaction to the world. These are things that history has repeatedly shown to be natural and I am uncomfortable broadly characterizing them as ‘bad.’

On the other hand, progressive notions of vegetarianism, pacifism and humanism are aberrant behaviors. To do without, to embrace philanthropy, is completely at odds with Darwin’s idea of the survival of the fittest. And yet, for every tyrant there is a protester and for every tragedy there is a helping hand. Even if all we strive to do is maintain the status quo, it infuses my cynicism with hope.

In The Walking Dead, though, there is no nuance. People are reduced to panicked animals, making increasingly bad decisions, becoming irrational and succumbing to the situation instead of rising above it. The player is forced to make a series of meaningless, masochistic decisions in a hopeless world. Reason never prevails. The only people in a position of power get there by embracing their predatory nature. If a terrible situation can be avoided with a bold word, the characters always remain silent. Kirkman’s world is not some deep insight into the human condition; it is a Grand Guignol farce, a narrative engine for emotional sadism.

This is not the way the world actually works. We look at the injured squirrel and we ache with empathy because we don’t want to be the injured squirrel. We try to help it, that poor, dumb animal, because if we’re ever in the same situation, we’d want someone to try and help us. We want to be better, even if it’s hard and even if we aren’t very good at it.

When I got home, after bringing my grandmother to the doctor and going to work, the squirrel was gone. There was no sign of violence, no blood, no cats licking their chops. I walked over every inch of my property, flashlight in my hand, looking under every bush. It was gone. I guess the Animal Control guy was right.

Stu Horvath is doing his part to make the world a better place, one positive tweet at a time on Twitter @StuHorvath. The Burnt Offering is off next week to make room for our Halloween theme week: The Unknown. See you in November!