We’re like nomads. Well, not exactly. We’re also disloyal, like the worst cheaters – two, three and four-timing our attentions until we’re spread so thin that we can’t tell which affair is which. What night of the week is it? Wednesday. That’s World of Warcraft. That is if the Doodle calendar says everybody is green to play. Lately that has been a negative. Four of us will be clear, but one straggler will be off at a conference or have some kind of adult responsibility and that will be that. The upside is that we’re still working through the tough dungeons in Cataclysm. That end-game ceiling that people with more time complain about? We still need to crane our necks to see it.

On Gmail and Gchat, the queries have been around Borderlands 2. They’re terse messages. “You get it?” Me: “No.” Them: =(

It took a lot of planning – text messages to ping late fourth wheels and desperate Twitter posts to fill in empty slots.

For a long time it was Left 4 Dead. Our regular group, folks with kids and day jobs, met on Xbox Live to shoot the shit and kill some zombies. It took a lot of planning to make that happen. Tons of email threads and Facebook posts. Text messages to ping late fourth wheels and desperate Twitter posts to fill in empty slots.

There’s a certain hassle about all of it. You’ve got a window, right? Like the first week or two a game is out to really nail down your team. We tried and failed with The Secret World to get at least five people to commit. But no such luck. Most dropped after the free month was up. Now it’s just me and Stu Horvath rolling through an empty Egypt.

I convinced a friend to drop the 60 bucks for Guild Wars 2 but when he rolled his character, he found out my server was full. And he chose a race halfway across the world. Maybe there’s a way that we can play together, anyway. I roll a new character on his server, maybe? I’m already losing enthusiasm.

For a minute, Diablo worked. My friends list was full of people plowing through those dungeons and the game is flexible enough that two people can hook up and roll. That five-person configuration required by Warcraft and others is hard to pull off.  Even then I saw friends pull away, leveling beyond my reach. Meanwhile, I was constantly pulling ahead of others. Guild Wars 2 is cool that way. Your characters snap down to the zone you’re exploring, so you can go back to old areas and not feel like Zod. 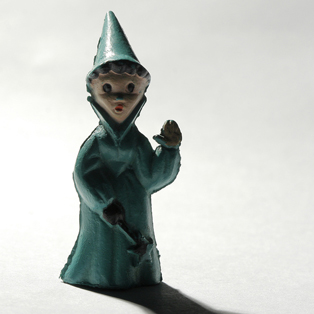 Where are my friends tonight? On Steam, one or two are playing Borderlands 2. Another couple are in Torchlight 2. The cool nerds are playing Faster Than Light. Dozens upon dozens more are dimmed out. They’re elsewhere. Xbox Live has grown increasingly quiet. Out of a full friends list of 100 only 14 are online. Two or three are shooting and looting in Borderlands. The majority, as ever, are watching something on Netflix. Who the hell knows what is going on with my PlayStation 3 friends? I have a shitload of them, but almost never interact with them.

Most often I find myself pulling my iPad towards my face, playing board games like Le Havre and Puerto Rico, card games like Ascension and Lost Cities. I have fewer friends on that machine than anywhere else. Two or three dozen. But those asynchronous games we play – taking turns here and there over the course of a day or week – make me feel more connected to these friends than the ones I’m constantly struggling to meet online and make playdates with. And then every so often, when I’m taking my turns in Ascension, I’ll see that little green indicator light up. There’s Tristan up in Northern California or Chris from Minneapolis. With no planning or effort we’re both there ready to blow through a hand or two.

My friends are everywhere tonight. They are busy. Occupied with life. Or already slotted into full parties of wastelanders and dungeon crawlers. I could chase after them. I probably will, priming and preparing for the moment the stars align, but more and more I wish, like that little green light, that the hookup would just happen.