One of my earliest memories of videogames is also one of the last clear memories I have of my aunt, my father’s sister, Donna. It was cold out, but not quite the holidays. We were sitting on the shag carpet in my grandparents’ house, where she lived, playing Smurf: Rescue in Gargamel’s Castle. The ColecoVision was plugged into one of those horrible console televisions that looked like it belonged in a cathedral rather than a living room.

She was pretty good – I’d never seen anyone else rescue Smurfette. I, on the other hand, wound up frequently impaled on a purple stalagmite. It was 1984. I was five. The next year, Donna died of acute lymphoblastic leukemia. She was 21.

For most of his life, my father suffered from something called hidradenitis suppurativa, a disorder of the sweat glands. For an equally long time, it was misdiagnosed as Crohn’s disease. Of course, the mistake wasn’t caught until cellulitis set in, which, in turn, would become something terrible called Marjolin’s ulcer, a kind of skin cancer that can develop in chronic wounds. It is aggressive, fast-spreading and known for its very poor prognosis. 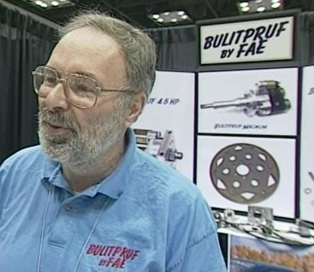 Ever a stubborn man, he put off doctors and hospitalization as much as he could. For months, he stayed in bed, bleeding and sleeping and wasting away. He was normally a robust and energetic guy, despite years of pain. Even when he did deign to go to the hospital, he was desperate to get out again so he could get back to work (he worked almost every day at his machine shop). He was so weak upon his final return that he could only crawl through the house on his elbows in an attempt to get back to his bed. He eventually gave up and took the bed on the ground floor but the bleeding soon became too dangerous. Two days later he went back into the hospital for the last time.

At that point, the pain was so great (and his tolerance for medication so high) that he spent most of the day in a delirious, drug-fueled dream state. Sometimes these were harmless episodes of rambling monologues. Other times, they were full of panic and anger – one particular night, it took five beefy interns to restrain him, even in his diminished state. In the rare moments of lucidity, he became introspective. He found a little bit of religion, talking to his nurses and doctors and visiting preachers about every kind of faith (bizarrely, despite being a lifelong lapsed Catholic, his hospital armband labeled him Pentecostal, of all things). Never one to travel in the past, he now talked about visiting Italy, Israel and his ancestral homeland, Hungary, should he ever recover.

As time passed, the nurses and doctors struck upon the right formula for pain medication that kept him comfortable and coherent, but the Marjolin’s ulcer was advancing. Radical surgery was proposed – amputate the leg, amputate both legs. My father, ever stubborn, was all for it so long as it meant he could get back to work. He immediately began to think about the kind of wheelchair he’d have to build for himself. In the end, though, the hospital decided it wasn’t worth the risk. Sometime around Thanksgiving, a doctor without a face told me that my father was going to die.

Sometime around Thanksgiving, a doctor without a face told me that my father was going to die

Stubbornness can be infectious. It was time to find another hospital, one with a surgeon willing to perform surgery, any kind of surgery. Impossibly, it was a success – the ulcer, a kind of fibrous tumor, was removed, without the need to amputate. By Christmas, my father was in good spirits, reading omnivorously and planning for the future. In the New Year, 2009, he moved to a rehab and began to put weight back on.

Progress was slow at the rehab and, in time, the pain returned. During a follow-up to the surgery, a small, dark mass was seen – the doctor characterized it as sinister. That’s when things really begin to blur for me. I think he went back to the hospital for a spell, and then to a hospice in Jersey City. In a few short weeks, he withered away to nothing. The pain became agonizing. He could barely communicate and then, only without words. I think, when he found out the cancer had come back, most of the personality that was my father went away.

I had never taken a portrait of my father. I asked him one afternoon in the hospice if he was all right with me taking one. He nodded yes, which was more than I had hoped for. I took the best photograph I could with the available light, then I stood there and held his hand for as long as I could bear. Two days later, I was at work, on the night shift. Around 10:30 pm, I had the feeling something was wrong. I called home, but no one answered. When I finally got home early in the morning, there was a note on my desk. My father had died at 10:17. 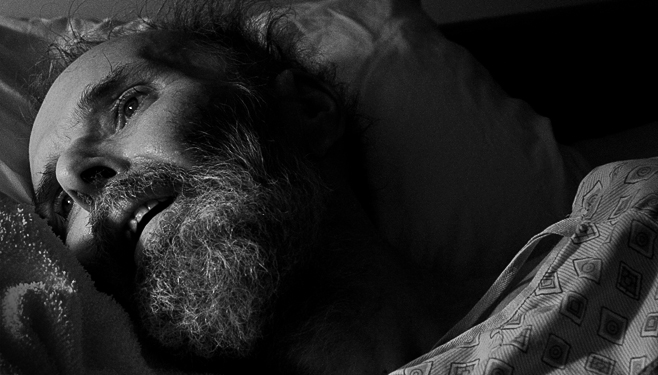 I don’t remember much about the wake other than being surrounded by friends. All of them. The entire time. Several people commented on how well I was handling everything. There was an ocean of faces and waves of handshakes. I very much wanted to drink.

If I was going to do it, why do it alone? I invited all of those friends at the wake to join me at my house afterwards. I picked up cold cuts and snacks and beer. We shuffled around, chatting. I don’t think anyone felt entirely comfortable having a party right after a wake and before a funeral, but everyone made the best of it. These were people who supported me through my father’s entire illness; they weren’t going to bail out now, no matter how awkward it might be.

But then, someone discovered my review copy of 50 Cent: Blood on the Sand.

A few words about Blood on the Sand, for those poor souls who have never played it: it is easily the most ridiculous game ever made, on the same level as the very best victims of the Mystery Science Theater crew. It begins at the end of 50 Cent’s world tour, in an unnamed, war-torn Middle Eastern country. After the show, the promoter fails to pay the promised $10 million fee and instead offers 50 a jewel-encrusted skull as payment. The skull is promptly stolen by a local woman, which draws 50 – and the G-Unit member of your choosing – into the local conflict, bellowing the battle cry, “Bitch took my skull!”

What follows is a competent, if uninspired, cover to cover shooter in which 50 slaughters countless people in the name of getting paid. He blows up a tank and several helicopters as well. While bringing the nation to its knees, 50 collects (read: steals) gold bullion, which he can then use to purchase G-Unit songs for the soundtrack, weapon upgrades and taunts. The latter is where the game truly shines.

There is a dedicated taunt button, which means you can make 50 drop f-bombs at will. No ammo required. In addition to this, your G-unit toady offers a never-ending stream of positive reinforcement (“You sure showed him, 50!”) and 50 himself occasionally improvises with profanity without the taunt button (My absolute favorite is when he throws a grenade – something that is usually done with a certain amount of stealth – and he helpfully shouts, “Grenade, motherfucker!” Who knew 50 Cent was such a proponent of fair play?).

And what does 50 do with the priceless and ancient skull when he finally gets it back? He uses it to hold his cigar.

The game went in the Xbox and the group watched in awe. None of us could quite believe what we were seeing, but it didn’t take long before the laughter started, great, roaring peals of it. We ate and drank and joked. For the first time in a long time, things felt like they were going to be all right.

As the game and the night progressed, people began to leave. The weather was turning and the funeral was early the next morning. People continued to drift away, but three or four of us remained. We ordered some awful pizza from a late-night delivery place that specializes in stoners and drunks and did our best to finish the game. We came close, but somehow it had become the small hours of the morning. There’d be other nights. The last of them left and I went to bed.

I awoke to find it had snowed in those last few hours of the night. It was cold when I left for the funeral, but not so cold as it could have been.