That amazing grace sort of passed you by
You wake up every day and you start to cry
Yeah, you want to die but you just can’t quit
Let me break it on down: It’s the fucked up shit

– Warren Zevon, “My Shit’s Fucked Up”

We are all going to die. Some of us sooner, some of us later. It may come violently, accidentally, quietly, painfully, in our sleep, in a great conflagration, in the middle of the day or in the dead of night. What happens when it arrives has been a matter of some debate for several millennia, but, while there have been compelling arguments of all stripes as to what happens next, the answer is one that each of us will only find in our own time, alone.

None of that should come as any particular surprise but, at the same time, it can be incredibly difficult to face. When I was young, I was puzzled by the blank spots in my consciousness that we call sleep and its relationship with death. Sometimes, I would lie awake at night, pondering the idea of nothingness. I would picture an empty white vacancy and then try to erase it, to see the void underneath, until it became too much – I would then spend the rest of the night pacing and reading until exhaustion forced me into a sleep I couldn’t willingly submit to. Even thinking about this, decades later, fills me with a hint of cold panic. 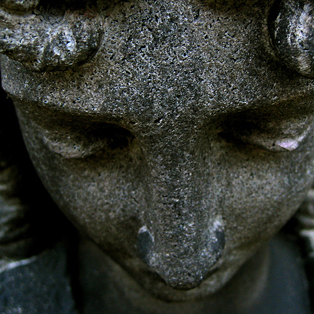 Through high school and my early 20s, I wrestled on and off with a kind of existential despair – I was terrified by the mere notion of my own ending. I mean, I think, therefore I am, right? So without me to perceive it, there is no world at all. And if that is true and everything is illusory, where is the value in any of it. Et cetera – I could think in circles like that for days. It all amounted to a desperate hunt for a clever, self-centered argument against the inevitability of death.

I have no idea whether philosophical flailing like this is a common experience, as I only talked about it rarely (usually with girlfriends, who suggested I get over it), but I imagine it must be normal for young creative types looking for meaning in an often meaningless world. For me, this feeling of meaninglessness was fueled in particular by a string of deaths, often untimely, beginning with my Aunt Donna and going on to claim friends of the family, family, family of friends and even some friends themselves. I can count close to twenty off the top of my head.

Then my father got sick and that was harder than all of the others combined. Even worse were the six months following his death – dealing with a sick person is, I think, a lot easier than dealing with their sudden and final absence (it’s also easier to explain to people: saying you need to visit a sick person in the hospital has a lot more weight than saying you need to sit around and be sad for the night). All the existential whining of my 20s paled in comparison to all this very real and immediate awfulness.

But when it had run its course (and that is exactly what happened, because I didn’t do anything proactive about it – one day, I just woke up, better) and I finally had my head back on straight, I found that I had come to terms with my own mortality. I wouldn’t say I was keen about the prospect of dying, but neither was I reduced to a blubbering mess at the thought.

Am I really over it? I would say that writing several thousand words on death and loss would indicate that I am not, but what dread I have has certainly changed, become more compartmentalized. A friend recently characterized mourning as a wound and, of course, wounds heal in time even if the memory does not. I am inclined to think more of the farm, and that ability people who work with livestock have that allows them to kill efficiently and without remorse (or cruelty) when the situation calls for it. I feel like I have developed some mixture of experience and acceptance that works in a similar way.

Then again, perhaps I am just a cliff pounded by too many waves, worn down and not aware of it.

Fortune tellers are always quick to point out that the Death card in the tarot pack isn’t necessarily a symbol of physical mortality, but rather one of spiritual transformation. Death is the ultimate agent of change – everything that it brushes up against is altered in some way. The greater the loss, the deeper the impact.

I once read somewhere (I honestly have no idea what the source is at this point) that sons need their fathers to die; otherwise, they would never have the opportunity to define themselves, to stand on their own, to make a mark on the world. I would say that need is a very strong word – I would much rather have my father around to have a drink and a conversation with – but there is some truth there. For instance, if there was a single moment when Unwinnable was born, it was the night after the wake, crowded into my living room, playing 50 Cent: Blood on the Sand.

When it comes down to it, death is one of only two things we really want to talk about (the other is love or, more cynically, sex), the fundamental, universal human mystery. People, from grandparents to girlfriends, have asked again and again why I focus on the morbid, why everything with me is always about killing and death. My answer is that everything, when it is rendered down to its most basic state, is really about death. 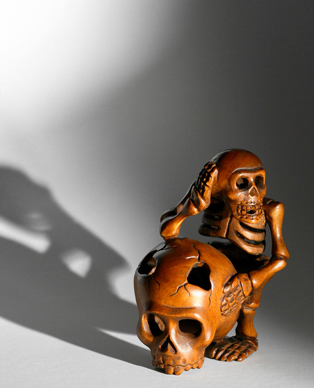 Our culture is obsessed with it. Religion ponders it, art depicts it, the news reports it, not because we are inherently grisly, but because death breeds revelation. Take fiction – we read a story about a character, even the most likable fellow with the simplest life and, inevitably, death will visit in some fashion. We need to see that character grow and be tested and change in the face of loss, or the threat of loss, or to see his friends and family deal with the loss of him, because that helps us understand death in our real lives. More often than not, when we say a story is good, or that character development is good, it is because of that character’s relationship with death.

This is even clearer in videogames, where death is an obvious learning tool. Jump at the wrong time, be hasty in your attack, forget to dodge, lose track of the pattern and you will die. True, it is hardly permanent but, depending on the game, it can still be shocking or disturbing and that negative reinforcement pushes us to aggressively reassess situations and strategies until we think completely differently and finally have the means to escape death.

We are all going to die. Some of us sooner, some of us later. It may come violently, accidentally, quietly, painfully, in our sleep, in a great conflagration, in the middle of the day or in the dead of night. We know, deep in our DNA, that it is inescapable; it’s why our fight-or-flight reflex floods our brains with dope, so if the end truly is coming, we won’t feel it so keenly. But this is also why we have developed concepts like legacy, it’s why we make things, why we build traditions, why we embrace memory.

My dad made specialized parts for race cars. He used elaborate machines to carve them out of solid blocks of metal. They will last forever. He was also a really nice guy, and the things he taught me directly impact the way I live my life. I am not going to last forever, unfortunately, but the way I live, the way I take care of my family and love my friends, the way I have built something like Unwinnable, and the way I make artifacts in my writing and photography – all those things have an impact on people. And those people carry that impact on with them to other people. And on. And on.

It’s not immortality, but I’ll take it.