I have this fantasy that someday they’ll be able to put my brain in a jar. That way, when my body dies, they can save my grey matter and put it in some kind of robot or clone body and I’ll be able to live forever. Alternately, I’m okay with them copying all the data on my brain and installing me onto a hard drive so I can live for eternity in a simulation where I’m rich, ripped and can shoot lasers out of my eyes.

The thing that terrifies me about either not-so-likely scenario is the possibility that my consciousness will fall into the wrong hands. I don’t believe in Satan, but I can imagine that being a caged brain in a zoo run by sadists or, even worse, incompetents, could be a lot like Hell. Lately, some videogames have reminded me of this special kind of purgatory and I plan to tell you about them. But first we have to talk about Natalie Wood’s last film and the time I ate too many pot brownies. 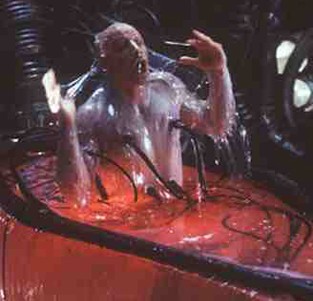 There’s a scene in the 1983 science fiction flick Brainstorm that sketches out the precise kind of Hell I’m talking about. Christopher Walken, a crackpot scientist, devises a way to record people’s experiences and allow them to be played back on your nervous system – so you experience every sensation in the first person. Of course, one of the first things that somebody does with this amazing new technology is record a sex act – creating the ultimate, experiential porno – but when one guy takes a private moment to replay the virtual smut, he goes too far. The machine feeds his brain with the sensation of orgasm on infinite loop and it damn near breaks him.

Many people assume, from my style and demeanor, that I’m an aficionado of marijuana. The truth is, I haven’t touched the stuff in decades. I once ate pot brownies in Epcot Center and tripped so hard that I was sure my buddy Jesse was going to cut up my body and dump me in the Everglades.

Another time, I found myself caught in circular thought – my mind raced and my heart felt like it was beating out of my chest. I kept thinking the same terrified thoughts in my head, over and over. They looped like my brain was a echo chamber full of the hapless screams of an idiot who couldn’t handle his pot.

So I stick to beer and the occasional pill. 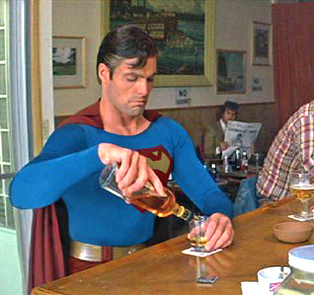 Years after my experimentation with drugs, I suffered from panic attacks. At their worst, I felt paralyzed by similar circular thought processes. My chest tightened and my breath quickened and I felt cornered, like a frightened animal. Often I’d find myself dwelling on a single moment, looping in slow motion – the part in Superman: The Movie where the hero is captured by Lex Luthor.

My mind’s eye would zoom in on three or four slow-motion frames from that moment: Kryptonite chains underwater, slowly dragging across the tile bottom of a swimming pool. I can’t explain why that particular image is the one that I fixate on when I’m in a bad way. No shrink has been able to, either. It’s probably beside the point.

Finally, we can talk about games.

I’m not going to say that videogames make me feel anywhere near this crazy, but sometimes they trigger a little itch in the back of my brain – a compulsive surge of nervous energy that feels a hair’s breadth away from fight-or-flight terror. The sensation happened most recently while playing Super Crate Box on my iPad. I’d start the game, race after crates and die within seconds, only to restart and try again. The game is so fast and failure (for me at least) comes so quickly that I am frequently dead before the game has been able to connect to Game Center.

Super Crate Box is a good game. Some might even call it “compelling” or “addictive,” but there’s something in that particular kind of compulsion that rubs me the wrong way. 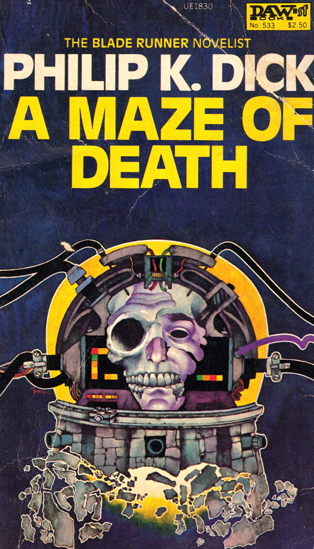 The first time I tried Super Meat Boy, I was struck by a similar sensation. I made a run, leapt and splattered on a saw blade. A fraction of a second later, I was back where I started. History repeated. I remember thinking, way back when the game came out, that a game like this could drive me crazy. I re-approached the game recently – mostly because I enjoyed The Binding of Isaac – and still felt the same sensation. All these do-overs, all these restarts – there’s a kind of pointlessness underlining it all. I think I know a little about what it feels like to be a rat trapped in a maze.

I remember feeling that same sensation while playing Tony Hawk’s Pro Skater and trying to nail a particular line. I’d push for the obstacle, ollie and start my trick, but I’d inevitably screw up and miss the angle and bail. Rather than wait for my character to get up, I’d pause and quickly navigate the menus to restart the challenge from where I originally stood. I’d do that dozens of times until nailing the trick.

EA’s Skate series made that behavior even easier by letting you pick a spot where you could respawn. The act of starting over was streamlined to a squeeze of the shoulder button. I particularly liked the way that the screen faded into static when the game reset. It was like the program was recalibrating. But still, I’d get trapped in that seemingly endless loop. Attempt. Fail. Restart. Eventually, I’d pull the trick off and wipe my hands of the whole affair, but there’d always be another super-difficult challenge to tackle. There really was no winning.

I don’t know if you’ve read A Maze of Death, by Philip K. Dick, but you should. I don’t want to spoil the story for you, but it treads similar ground about feeling like you’re trapped in the machine. The characters here don’t find themselves in an ultra-short replay loop like the ones that haunt me, but they’re in something similar. The hero, a schmuck named Seth Morley, winds up escaping the trap and being granted the ultimate antisocial atheist eternity – the gods make him a cactus with a consciousness. He knows he’s alive. He can feel the warmth of the sun. He lives slowly without breaks, hiccups or edits. Nobody bothers him.

Pretension +1 is a weekly column about videogames and the ways that they intersect with our lives. Do not read on infinite loop.