A wind is rising. It is a wind blown by brain-damaged marketing flacks and unimaginative project managers. That stale wind carries a word with it, sprinkling that lame verb all over the box covers, posters and commercials for our favorite videogames, movies and TV shows. Today a hero will rise against this rising tide and attempt to get a rise out of readers about the rising use of this word. That hero is me. 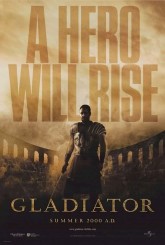 I don’t claim to understand the psychology behind marketing. Every bone in my body compels me to try to surprise, provoke and entertain. It isn’t always that I succeed, but at least I try. It truly pains me to be dull or mediocre – so I try to avoid being predictable and boring at all costs. Again, I only achieve my goals some of the time and sometimes you have no choice but to be boring. The people who sign your checks often mandate that you produce pablum. Try as you might to inject life and surprise into your words, they’ll red-pen every last drop of it out of your work. To many of these decision makers, risk-taking is anathema – being boring is the shortest distance between getting an assignment and getting the job done.

So when it is your job to cut a trailer or make a movie poster for your hero-driven entertainment widget, you slap the word “rise” in there and call it a day. The line will wash over the receptive, unquestioning masses, enter their blood streams and latch into the receptor in their brains that controls consumption and arousal. They’ll remember the time they heard the word “rise” used to sell Gladiator or some other, vaguely similar product and some gland will spurt soothing hormones into their system, making them feel good about themselves, life in general and the future, despite the fact that everything is going to hell in a handbasket.

There are only two games coming in the near future that use the word “rise” in their titles – Metal Gear Rising and Kid Icarus: Uprising. That doesn’t seem entirely out of hand, but I’m sensitive to this particular brand of bullshit. The word “rising” adds nothing. It just seems lazy to me. Like they couldn’t come up with anything better and went with the cop-out. In the case of Dead Rising, I can almost find some forgiveness, because, of course, zombies do rise from their graves. 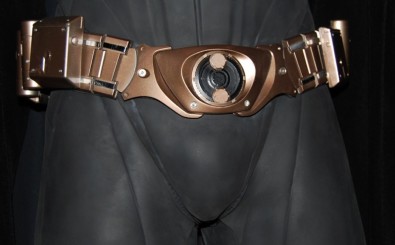 But the rest of the time? The Dark Knight Rises conjures the image of Bruce Wayne’s flaccid member filling up with blood and standing upright, casting a long, curved batarang shadow across Gotham City. That’s how my warped brain works, but I imagine that’s part of the marketing formula. “Rise” is a proactive word. The sun does it. Loaves of bread do it. Prices rise. So did the fever that killed little Johnny. But mostly the connotations of rising are of aggression and winning and all the things that make us feel awesome. So why, then, does the mere presence of the word raise my ire?

For one thing, I learned the costs of mediocrity firsthand when working at an ad agency. Our job was to come up with box covers for DVDs, ad campaigns for kids’ shows and websites for forthcoming movies and videogames. We’d work up a bunch of concepts, mock up what they call “comps” and present them to the client. They’d always pick the most boring, cliched and ugly idea. And if you didn’t include a boring, cliched or ugly option, they’d send everything back and ask for more work. Very occasionally somebody would sneak something brilliant through and the squares would be dazzled – unable to resist the genius – but those days were infrequent. Most of the time we were trading in banality and our clients couldn’t get enough. 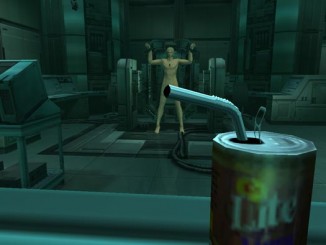 I want games to be different, because they still seem a teensy bit outside of the mainstream. Indie games still manage to blow my mind in this way. English Country Tune, The Binding of Isaac, Fez, Super Crate Box – these are names that zap me between the eyes and trigger my curiosity. Metal Gear Rising? I think of that title when I’m having a hard time winding down at the end of the day. The word “rising” is just one of many that I’d blacklist from game titles. War, magic, world, last, revelation, journey, light, chronicles, tales, evil, dead, death and dark are all bannable offenses in my eyes. Attach one of these names to your game and you’re already swimming upstream when it comes to winning my goodwill.

Of course, there are always exceptions. I love Left 4 Dead, but if I didn’t know the game was by Valve and was awesome I’d probably avoid it like a puddle of Boomer bile. But then again, I’m not the target audience for all this nonsense. Get near the age of 40 and write for a living and you’ll soon discover that you’re not the target audience for anything but expensive subscriptions to magazines about writing. And that’s how you get crabby, watching the rest of the planet wade in mediocrity without so much as flinching.

Sometimes I can’t grasp how you all stand it. That taste in the back of my throat? It is my bile rising.

Pretension +1 is a weekly column by Gus Mastrapa about the culture of videogames. Yes, the tone is typically this jaded and burnt-out. Follow @Triphibian on Twitter and you’ll find he’s not always this much of a sourpuss.

A Planet Where Apes are Animated on Men?