Six years ago (sheesh) I wrote about how unreasonable – and, frankly, unfair – the initial response to ABC’s run of The Muppets in 2015 was. Since then I’ve recommended the show to anyone who will listen, brought it up in our monthly mini-magazine and worked it into a conversation about how relatable Gonzo’s artistic struggle has been. I’ve loved that show for years, but never had the opportunity to sit down and watch through it a second time until very recently thanks to Disney+. Here’s the thing: After all this I think I might have been wrong about it all. The show isn’t great.

First of all, I apparently never actually finished watching it. At the time I was catching each episode as it aired, but for whatever reason (maybe it was canned before the run was finished?) I hadn’t seen the back half of the first and only season before. So, I’m enjoying my rewatch and chuckling along with the bits I remembered finding funny before, getting teary-eyed at the genuine emotional moments all over again and so on, and then BOOM. Suddenly stuff’s happening that I don’t remember.

Now I know I’ve explained how well this show captures the classic Muppet Show while still reimagining it for more modern times. I also know I’ve talked about how refreshing it was for this new spin to give my favorite Muppet characters actual, well, character. But it managed to get even better as I charged past that halfway mark I hadn’t originally realized was even there in the first place. To the point where I genuinely can’t decide if I’m more touched by Kermit and Ms. Piggy’s evolving relationship (forever left on a cliffhanger thanks to whiny parents who can’t brain good), or the episode about Piggy’s tail that ends with an astonishingly sweet moment that I still get a bit misty just thinking about. 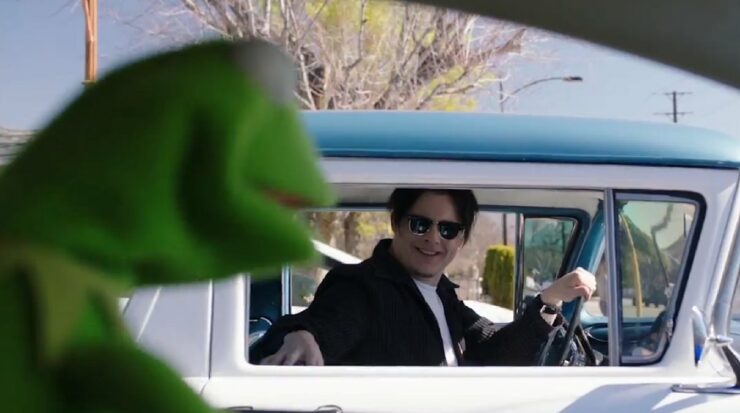 It’s not just the grand sweeping gestures or big character development beats, either. There are also so, so many fantastic tiny moments that had me grinning ear-to-ear as well. Like, at one point Kermit accidentally ends up next to Jack White (of The White Stripes) while sitting at a stop light and they have this hilariously normal interaction before segueing into the two of them in the same car signing along with the radio at the top of their lungs. It’s all just so goddamn good.

I may have thought that ABC’s The Muppets was criminally underrated before, and have often said that it was unfairly cancelled way, way too soon but I was wrong. After watching it all over again – and unexpectedly seeing even more that I didn’t realize I’d missed – I know it’s criminally underrated and I know it’s a fucking crime that it was shut down after only one season. But at least, I guess, we still have that one glorious season to look back on fondly.