Me loving The Muppets probably isn’t a shock to anyone reading this. It’s probably not a surprise when I say that Gonzo is my favorite Muppet, either. Of course, I’d be most drawn to “the weirdo.” He’s goofy and fun and random and unique and, let’s be honest, what’s not to love about him? But all that aside, it wasn’t until I recently started re-watching the original Muppet Show that I realized/remembered that, originally, Gonzo wasn’t considered weird because he was blue and odd – he was considered weird because he was an Artist. And here’s the kind of messed up thing: Gonzo’s “career” throughout the years has been a rather accurate depiction (good and bad) of what it’s like to try and make a living off of being an artist in modern society.

Roughly 45 years ago, when The Muppet Show was first airing on TV, Gonzo seemed to be intended as a sort of satire on the art world – specifically performance art – from around that time. When he went on stage his act was typically some form of random destruction (eating a tire, dismantling a car, etc.) accompanied by classical music, and his performances almost always ended with the audience booing him while he yelled back at them for not appreciating art. On its face this is silly and absurd, but I think most artists these days know exactly what it feels like to take pride in what they make only to have it be ridiculed (or worse, ignored) by their potential audience. 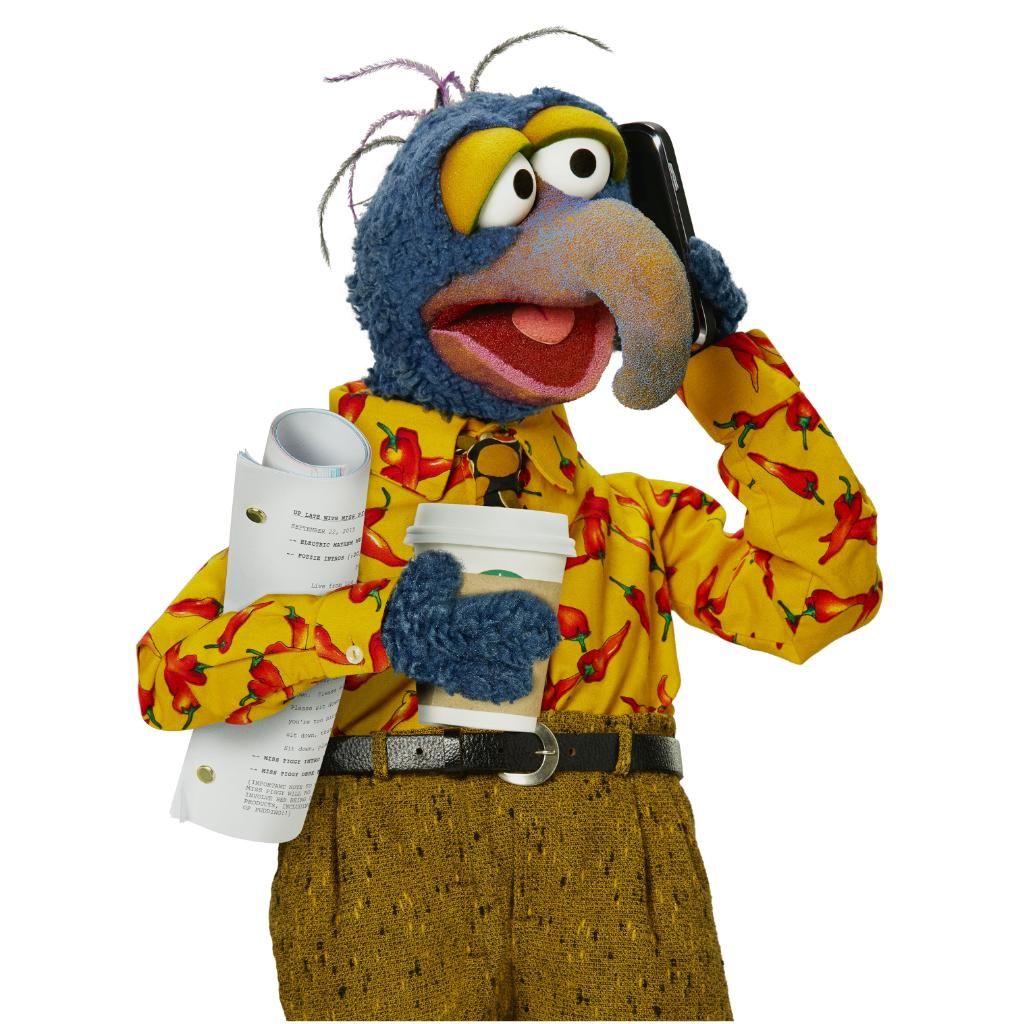 Eventually Gonzo would find his niche as a stunt performer who would most often shoot himself out of a cannon, which the audience liked! They would cheer and clap for him – likely because of the mayhem and personal injuries, but the point is they loved it! And he also loved it! And for a while, things were good. Gonzo had finally figured out his “thing.” He was making art that people enjoyed seeing and that he enjoyed to create.

And inevitably, as the years passed and society began to shift (as it always does), firing himself out of a cannon just wasn’t cutting it anymore.

He tried to cling to his passion for as long as he could by performing anywhere that would have him, but eventually even the unenthusiastic crowds at lakeside attractions would peter out, leaving him with nothing but memories. The world had moved on and left him behind.

After a while, he gave up on his grand dreams and instead settled for something a little more . . .  grounded and less fanciful, working as one of the writers for Ms. Piggy’s talk show in the criminally under-appreciated The Muppets from 2015. As a writer, he was still able to flex a bit of his creativity, but it was a compromise. He wasn’t living his dream or even pursuing it anymore. He found a job that kind of let him be creative, sure, and it did provide some much-needed stability, but he wasn’t The Great Gonzo anymore.

Gonzo’s artistic journey is so painfully typical I’m having a difficult time figuring out if it was purely coincidental or if it was somehow planned (possibly subconsciously?) over the course of decades. The passion and excitement of starting out; the frustration of feeling unappreciated and ignored; the joy of figuring out what works; the fear of fading away; the grudging acceptance of practicality over freedom. It’s like a super depressing roadmap and I hate it. But I also kind of love it?

I wish Gonzo’s story had a happier ending. Then again, his story isn’t finished yet, so maybe there’s one still waiting for him. Maybe all the toil and stress and self-doubt and highs and lows will finally land him a successful career as an artist who gets to do what he wants, how he wants. He – and by extension every person who puts their heart and soul into pursuing their creative dreams – deserves it.

Controlling the Future in Five Minutes or Less