Time loops let you get it right. You can try again, over and over, until you have the knowledge and skills for the perfect day – or the perfect ten years, as in the case of I Was A Teenage Exocolonist. The first run went worse than I could have imagined, and the one person whose life I saved was a tense victory against all odds among losses I felt completely powerless to prevent.

And then I did it again. With the right knowledge, saving that life becomes easy, and the tense ticking clock gives way to a metronome of keeping pace. I avert one disaster, which frees up the time and resources to learn how to avert another – next time, on the next loop, when I’m better prepared.

I Was A Teenage Exocolonist doesn’t tell you if you’ve reached a ‘golden ending’, but I reach a point where – for my own intents and purposes – I think I’ve found it. Everyone is safe, and everyone is cared for. I’ve fulfilled the time loop fantasy, and got it right. I could stop here and be satisfied. But… there are mysteries unsolved. And to pull on those threads, I have to undo some of my perfect choices.

The constant iteration of time loops doesn’t only allow you to pursue perfection – they also put the weight of consequence in your hands. When do your errors matter, when you can do them over? For Exocolonist, each timeline is a commitment. You spend ten years in the colony, growing from child to young adult, and watching others do the same. The lengthy passage of time adds weight and distinction to your choices: neither timelines nor fates feel disposable. 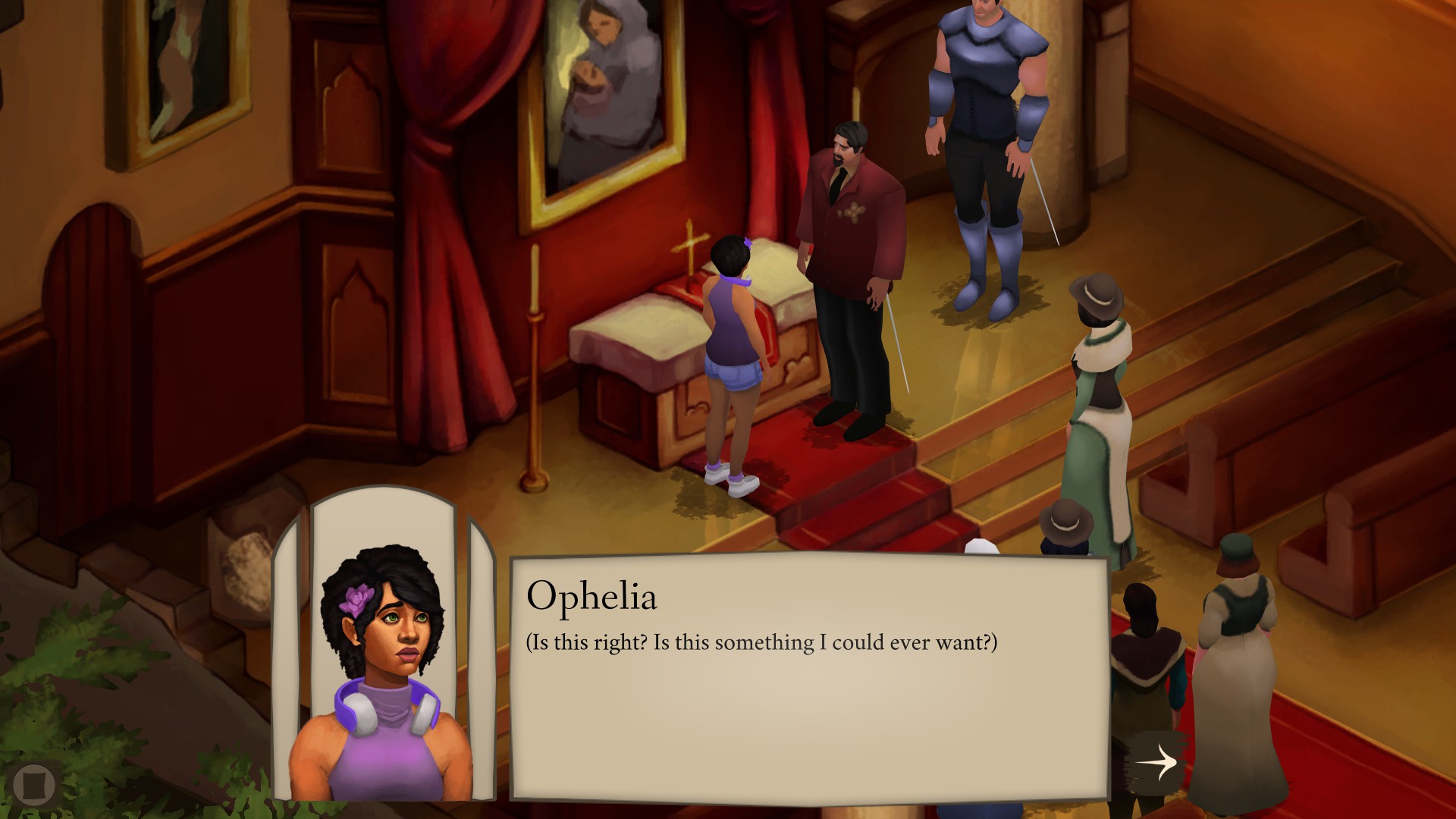 I’m reminded of another time loop game: Elsinore, the Ophelia-focused reimagining of Hamlet. Across its much shorter timeline of a few days, tragedies easily come as a result of Ophelia’s investigations. At one point, it’s possible to provoke Hamlet into suicide, and Ophelia considers what his pain means when she’s the only one who remembers it, deciding that it has to matter to her, regardless. She has to feel responsible.

While Ophelia explores this tension, the brevity of each timeline means it doesn’t feel cruel to deviate from ‘good’ outcomes. Sacrifice is constant – a life for information, or access – and sacrifice of one kind or another is required in all of the game’s endings. Consequences matter when you decide, but in-between, sometimes death is useful. Even with her dedication to acknowledging the reality of even ephemeral suffering, Ophelia can pursue dark paths where she’s unsure if she’s only trying to satisfy her own curiosity.

Exocolonist takes place over ten years, and it doesn’t need to explicitly state this tension to engage it. It exists in the moment that I realize I know how to make everything perfect – that I’ve satisfied one element of the time loops’ wish fulfillment – and go back in to make things worse, to satisfy another.

A White Savior Almost Lost in the Inviting Scenery

I Was Wrong About the Muppets