I may have been born close to 20 years after the original Lost in Space came out, but that didn’t stop me from watching it. My dad was (still is, really) something of a colossal sci-fi nerd, so of course he passed a lot of that along to me. He introduced me to all sorts of cool classics like Forbidden Planet, Godzilla and, of course, Lost in Space. My fixation with robots is pretty much all his fault now that I think about it. I used to love watching reruns of Lost in Space, mostly because of the robot but still: It was a fun show that’s as bad, if not worse, than the original Star Trek when seen through a modern filter.

“Space Family Robinson” got a brief revival back in 1998 (oh my GOD why is everything I used to enjoy so goddamn old) with a feature film, which was also very bad but also very enjoyable and, of course, I saw it multiple times in the theater and watched the VHS over and over. Then Netflix went and brought the Robinsons back again, in episodic format once more, by way of a reboot where there’s actual danger, Will Robinson. Some pretty intense shit goes down. Here’s the thing: as uncertain as I was about the idea of making what is essentially a gritty reboot of Lost in Space, it’s actually a damn good show precisely because of what it changes. And because of what it doesn’t. 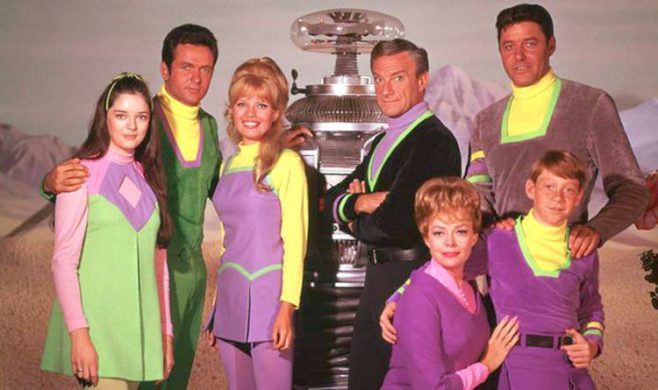 The new Lost in Space still follows the exploits of the Robinson family; John, Maureen, Judy, Penny and Will are all present and accounted for. However, instead of simply rehashing the same old “Brady Bunch in space” concept, these Robinsons are refreshingly different. Each of them has a specialization, such as John’s military background or Judy’s medical expertise. They have more clearly defined personalities like Penny’s use of sarcasm when things look bleak and Will’s cowardice whenever he has to do something other than stand around looking worried.

I legitimately love how the character dynamics have changed. John is the patriarch of the family but he’s far from the most intelligent – he’s the guy who will fight fuel-swilling alien eels in chest-high water using nothing but a knife, but don’t ask him to tell you what magnesium looks like. Maureen is a literal rocket scientist with who knows how many degrees under her belt, but her desire to keep her kids safe at all costs has a tendency to backfire. There’s more to unpack here than my word count will allow but, yeah, the interplay between the different characters is a lot more interesting this time around.

The setup itself is another big change and it works. The Robinsons are still lost, and in space, but they’re stranded on a singular planet rather than leap-frogging their way around randomly. Granted, the planet they’re on has a very diverse set of environments that are weirdly close to each other, so scenery changes are quite common, but putting them in a more long-term setting and having them unravel its mysteries over several episodes is so much better than the environmental whiplash that came with the original series. 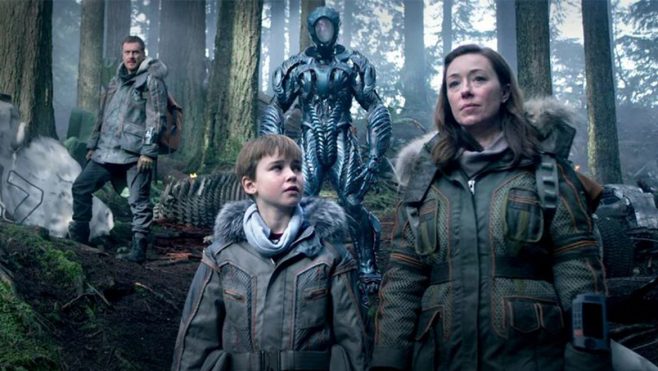 Oh, and while the Robinsons are still part of a relocating space colony, they haven’t been separated from the rest of the colonists. In fact, their ship, the Jupiter 2 (naturally), is just one of several Jupiters that have set down on this strange alien world. That means exactly what you think it means: more people. It’s not just the Robinsons anymore; now it’s the Robinsons working together with a lot of other stranded families to try and get themselves back into orbit and onto the Resolute (the big intergalactic colony ship they had to evacuate that lead to this whole mess).

I want to go on about how Dr. Smith is great not just because she’s actually not Dr. Smith (she jacked the real Smith’s identity in the chaos during the initial evacuation); how she’s incredibly good at manipulating people; or how she’s so intent on survival that she’s more of a genuine threat than any previous iteration of Dr. Smith could ever dream of being (yes, even the one that was a giant mutant space spider). I could also carry on about the robot’s new origins, which are murky at best. He’s not a helper or tool that was included on the Jupiter 2, he’s a potentially hostile and likely alien being with uncertain intentions. He seems to take to Will, what with how the young mathematician/geologist saved his life and all, but how tenuous is that connection?

They changed so much of the original concept that it would be easy to miss the fact that Lost in Space is based on a campy TV show from the 60s, but at the same time, it still feels a little familiar to anyone who grew up watching it (or reruns of it). I’ve said it before but I’ll say it again: sometimes remakes can be a good thing. When you take something that’s not very good but still fondly remembered, make it actually good and still manage to pay tribute to that which came before it (my God do they use the original theme song to great effect), you know you’ve accomplished something special.