This is a feature story from Unwinnable Monthly #154. If you like what you see, grab the magazine for less than ten dollars, or subscribe and get all future magazines for half price. 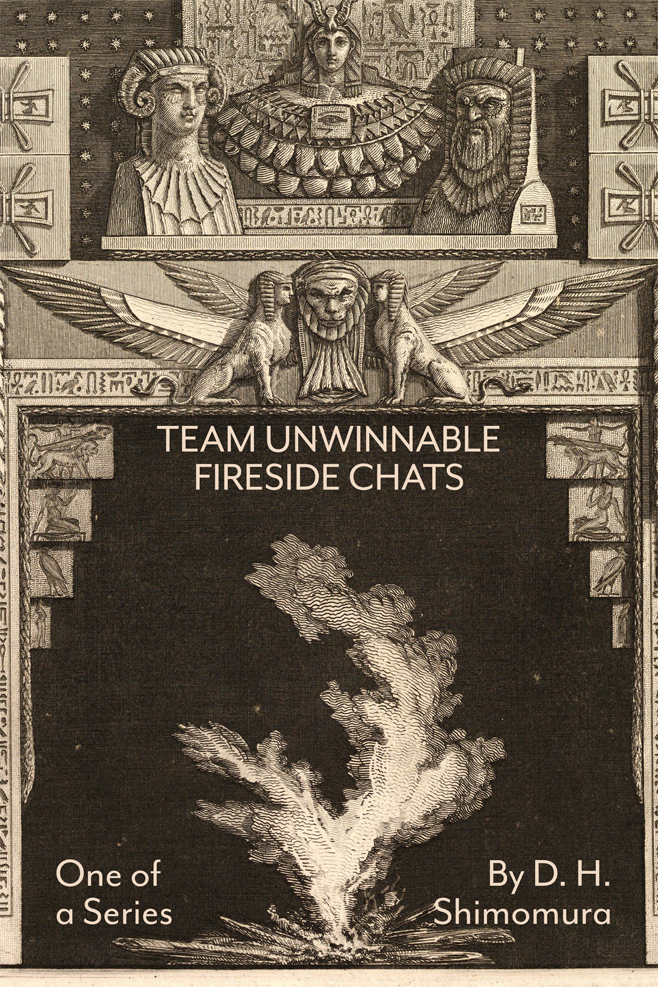 What brought you into writing about videogames in particular?

Weirdly enough, Unwinnable! It wasn’t the sole influence, but around 2010 I discovered a number of places that hosted videogame writing that made me think, wow we’re allowed to write about games like this? I don’t remember which chicken laid what egg on my reading list, but Unwinnable was one of those places. I remember Cara Ellison’s piece on A Dark Room really clearly. She became something of a games writing rockstar to me – when she visited New York while working on her Embed with Games series I made it my beeswax to go to Barcade for a small meetup she held and dorkily asked her for advice on how to write about games. She told me, “Pitch to Unwinnable.” I was too chickenshit to do it right away but eventually, I did.

Something I think you’ve kind of revolutionized at Unwinnable is our TV coverage, what intrigues you about the form?

Ha, I don’t know if saying to Stu, “Hey, since we cover pop culture maybe we should include TV,” is all that revolutionary, but I’ll take the compliment. I’m an actor, so television has always been attractive to me. There’s job security in landing a substantial role on a long-running series. It’s a lot more stable than auditioning for films piecemeal or going out for theatrical work like I usually do. Also, in the early 2010s when I brought up the idea of covering TV for Unwinnable, we were solidly in a golden age for the medium. Shows like Mad Men, Breaking Bad and Game of Thrones were projects that focused on complex plotting and long-range character development. That’s the juicy stuff actors like to work with, which is probably why I’m always ready to invest in it as a viewer.

What do you try to bring to people from television?

I don’t know that there’s anything specific I’m trying to bring to the table with Unwinnable’s TV coverage, though I do like to seek out new or weird stuff and try to steer focus to shows I think are good that don’t get a lot of coverage elsewhere on the internet. Mostly I just aim to spotlight the good or at least interesting projects that are out there. Like I was saying earlier, a lot of my personal analysis focuses on character work, but I also like to approach television on a craft level. I was a professional sound designer and engineer for instance, so I always notice that. You can’t get a better television sound design than Twin Peaks: The Return, for the record.

So, apart from Unwinnable, you run Video Dame, how have you found one a source for the other?

First, Videodame, like videogame, is one word. I’ve poached writers from the Unwinnable ranks to come do pieces for me at Videodame. I like to publish work on games that’s a little more experimental or arty over there, so I tell people that they should come to me if they ever want to do the weird stuff. Sort of ironically, once I got my column at Unwinnable, I started saving up my “good” writing for that and stopped writing for Videodame, opting to focus solely on the editorial side. That ended up being a positive thing – it honed my chops as an editor which directly led to me feeling confident enough to pitch myself as TV Editor for Exploits.

How has it felt stepping into the Publisher role? Have there been any surprises?

It’s funny, it feels a bit like I worked my way up from the mail room. I started (along with you!) doing mini reviews of individual issues as part of our weekly comic book round-up, then got a column, moved into editorial, co-hosted the official podcast (along with you!) and now I co-own the joint. And you’re the Editor in Chief!

It’s always illuminating to peer behind the curtain of a place to see the how the machinery really runs. No big surprises yet (knock wood) though my stress level has increased a bit, which is to be expected. I get to help Stu fret about financials and sponsorship meetings which I’m glad about. I can’t believe he did everything by himself for so long without imploding. Helping to shoulder the burden makes me feel like a useful part of the team.

So, obviously your column here looks different, being a comic. Do you feel like that gives you extra freedom? The opposite?

Well, it’s not always a comic and I don’t think it’s going to be permanently a comic, just sometimes it might be a comic. I went to grad school for creative writing a couple of years ago and on a whim decided to take a graphic narrative class as one of my seminars. Drawing and art used to be really important to me but I fell away from my practice in undergrad. In my seminar I rediscovered my passion for it and found that it kind of broke my writing open in a way I really liked. I tend towards the verbose and illustrating my work let me cut back on the wordiness. There’s a lot more showing rather than telling, though ironically a lot of my illustration work zooms in on one or two specific details in a scene. But I like that – a lot of times when I sit down to draw something to accompany an essay my instinct to focus on one particular thing helps me home in on what’s important in the writing itself. That feels very freeing, letting all those the unnecessary details fall away. Release me from the trappings of extraneous language!

Is there a piece of media that you found through Unwinnable that otherwise you wouldn’t have paid any attention to or was out of your wheelhouse?

I got into metal music through our dearly departed “Can You Hang?” music challenge, which was quite a surprise to me. I also never thought I’d play any first-person shooters. They used to make me dizzy and I was super bad at them. Now we have our board meetings over headset in Rainbow Six Siege and I take down the baddies while debating what the rewards for our subscription drive should be. What a brave new world!

Is there something you’d wished I asked?

Honestly, no. You’re a pretty good interviewer. I can see why you got this job.