“He died so young,
I should tell him
what happened.”

I’ve quickly staked out a territory here of “nothing is demonstrably real,” and the 2020 mystery adventure platformer Paradise Killer may just be my highway to hell. But it’s also easy to see that the game is swinging at very big existential targets, including in the nature and scale of time itself. (This column contains spoilers for Paradise Killer.)

So, what is time? In the simplest terms, it’s how we and everything around us are steadily moving toward what we mostly agree is the future. For earliest humans, day and night probably just meant when you could see to talk and eat or not and which animals were around; and later, they began to settle down and plant crops and tend animals. The seasons changed and everything repeated.

The word “time” goes way, way back and originally means “divided.” Indeed, that’s what we did over the subsequent thousands of years. Ancient people put up obelisks to observe how the sun’s shadow moved each day. In China, they invented the water clock after noticing that the dripping of water was strangely regular. The sundial followed, and hourly candles, and the first mechanical clocks, and on and on.

Today, we measure time to infinitesimal fragments of seconds using the movements of atoms. But while time has grown tiny at one end, it has grown into forever on the other end. Cosmologists use experiments and computer models to roll time back to within seconds of the Big Bang. Astronomers observe stars from billions of light years away. And, of course, there’s a whole cohort of wealthy weirdos who believe they’re the first people who will live forever.

The “arrow of time” moves forward. That may sound obvious: we get older, things fall apart, entropy wins in the end. But scientists don’t agree or conclusively know why time appears to move in one direction, and this subject remains widely studied. Time passes more slowly for flies, for example – they can meaningfully divide each passing second into far more intervals than humans can. On the nano level, particles often behave with “time symmetry,” meaning their actions play the same forward or backward. And, of course, in space all bets are off. Relativity, baby!

In my experience, there are two big competing visions of time manipulation in popular culture: immortality and time travel. The latter may be more common. Chrono Trigger is an iconic time travel game, treating different ages like the points on any other JRPG map. In Dishonored 2’s Mission 7, you use a window to the future to help you sneak around in the present. To the Moon and its sequels send you back in time through a stranger’s brain. There are countless other games that use time loops, rewinding, cyclical rebirth; in many visual novels, you can do all of these in the same run. 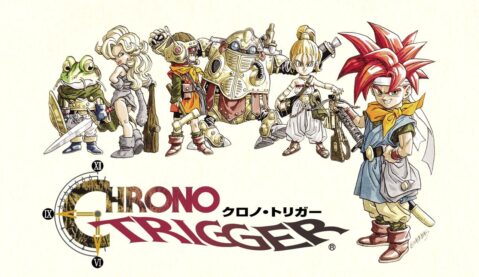 It’s interesting that games involve so much death or even permadeath when the vast majority of Americans, at least, still believe in not just an afterlife but Christian heaven in particular – a form of immortality from the largest religious group on Earth. Mortality is also what colors many time travel narratives, which are about trying to “redo” key moments. But immortality in the philosophical sense is hard to find in games, outside of vampires, the undead, and long-lived fantasy races.

(I checked in with Sam Barlow, whose topical game Immortality launches next week: “I think there are several interpretations, but primarily it’s about the ideal of achieving Immortality through art, art/story/cinema as an immortality project – the idea that a film star might live forever in our minds, through their work,” he explains. That’s a cool, common, and kind of ancient Egyptian spin on immortality.)

Paradise Killer has one of the purest distillations of immortality I’ve seen in a game. It’s set on an island in a pocket dimension, and the entire dimension has been rebooted 23 times with completely new designs. The game takes place on island sequence 24: “How will 24 be remembered? Will this island be perfect? Is this our eternal home?” By seeking “perfection” as a social value, the island’s leadership have ensured that the only eternity lies in their neverending search.

And they do have all of eternity, mass murder notwithstanding. Almost all the characters are immortal, having fled Earth during some kind of polytheistic holy war around an imagined 1000 A.D. They were child soldiers, esoteric medical students, born into houses of worship for cosmic gods that live beneath the Earth. Advanced technology existed even then – Doctor Doom Jazz received his first artificial arms! – and the rationale for the group’s ongoing escape from Earth is heavily shaded with sciencey hand-waving.

Once they joined their first pocket dimension, the founding members became known as the Syndicate. The island functions as a closed society, a cult, or even an anchorite cell. It’s not ever explained if they were already immortal or if time simply doesn’t pass on the islands. They have some physical causality and other signs of passing time, but the islands are psychically dreamt into existence by the Architect, so who knows?

You play as Lady Love Dies, an investigator who has been shunned and exiled for 8,227 years following a divine lapse in judgment. The only reason they’ve invited her back is because there’s been a mass murder of the island’s ruling council, and just a handful of people remain on the island who can be suspects. The rest, both immortal and mortal, are gone: almost all the mortals were ritually slaughtered, and almost all the immortals were already ferried to the 25th island sequence. 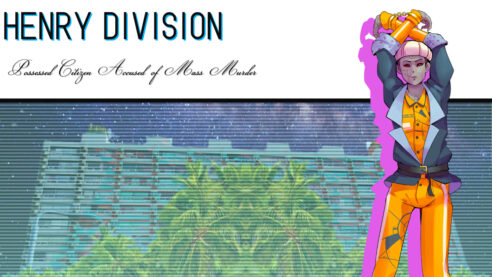 The wipe of time is intentional, and so is the game’s beginning in Love Dies’ exile apartment. “The first fifteen minutes were a nightmare to produce, because we need to dump so much stuff on you,” Oli Clarke Smith says. “You’re not a stranger in a strange land. You are returning to these lands, so you know things about them. We need to set you up so you have that knowledge, and there’s a variable ramp up of understanding and mastery, because we don’t know what you’re going to engage with first.”

The story comes quick and dirty from the Judge. It appears that the Council has been murdered, but no one is sure because they’re confined behind four progressively more difficult holy seals. The crime has already taken place, something that can never change. There are nine suspects, one investigator, one judge, and a few mortal marshals.

Just one suspect is mortal, already destined to die either way when the island ends – and he’s the patsy. Henry’s backstory is one of the grimmest aspects of the game, with an undeniable link to the passage of time within its tiny world. He’s a Citizen, which is the island society’s term for the underclass of mortals who are abducted from Earth and forced to work to support the Syndicate. They are allowed to live complete lives during each island sequence but are all killed when it ends.

Henry is already in prison when you rejoin society after the murders. He’s been there for ten years after being convicted of murder at age 17, and he is actively possessed by a demon. During the game, you shake loose a Syndicate-wide conspiracy to scapegoat Henry, one that began over ten years ago when a Syndicate member started feeding Henry demonology books. Even the murder of Henry’s own mother was a frame job.

The sense of mismatched scale is what always strikes me about this storyline. For Syndicate members who not only live forever but seem disgruntled and maliciously bored, to set up a crime starting over ten years in advance is just not a big deal. People at least 8,227 years old spent .1% of their lifetime to date on this conspiracy. For Carmelina Silence, it was more like .3% – if you know you know. And for Henry, a mortal child, the stakes ended up being much higher. He will die following the trial at age 27, and ten years is 37% of his lifetime.

The society depicted in Paradise Killer is terrible in the literal sense. The Citizens live in terror of the immortal Syndicate, and the Syndicate in turn lives in existential terror of their group of ancient, interdimensional alien gods. But in one of the game’s most poignant turns, you learn that beloved Syndicate members Sam and Lydia Day Light, retired assassins who are key to the murder conspiracy, simply want to be mortal again.

“We wanted a world where you could just go and chill in and wander around, but that only gets you so far,” Clarke Smith says. “You have to have a reason for that.” And he’s right! Sam and Lydia are bored, and nothing remains for them on the island. Henry and Love Dies may have been imprisoned, but so has everyone else – for an unfathomably long time. Indeed, many lifetimes of leisure seem to have caused everyone to create a great deal of trouble.