This is a feature story from Unwinnable Monthly #153. If you like what you see, grab the magazine for less than ten dollars, or subscribe and get all future magazines for half price. 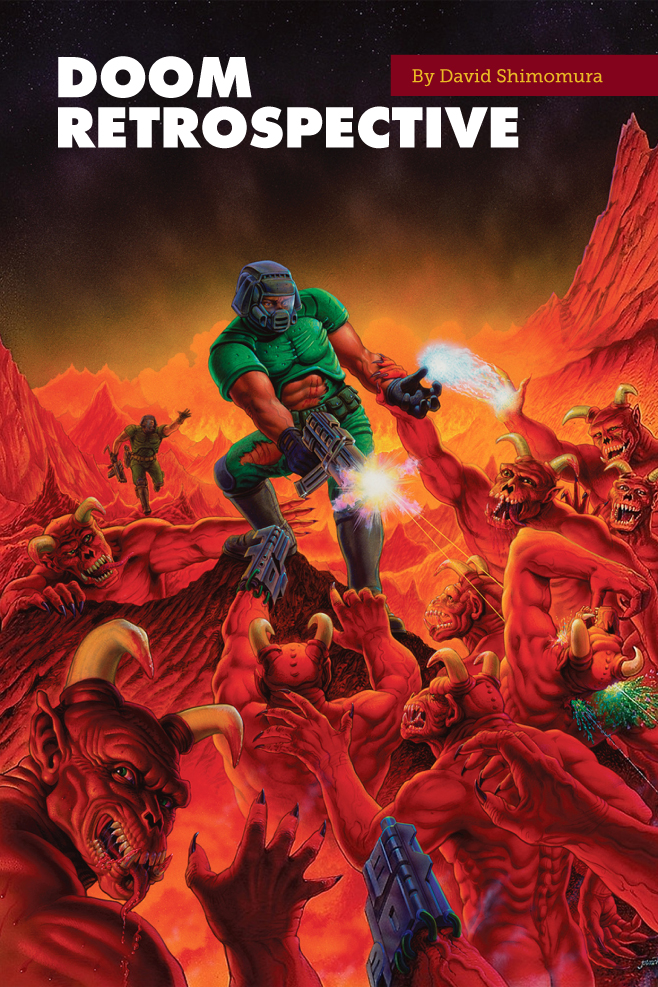 A more conventional editor in chief would have delayed this issue a year and released it when everyone else is going to do their big DOOM retrospectives for the 30th anniversary next year. Personally, I honestly do not care. We don’t need a reason. Well, except that this was a subscription drive goal and Ben Sailer loves DOOM more than any person I know.

But 30 years is a long time in videogames. Doomguy is only two years younger than Sonic. He’s nearly been around as long as I have. And though characters like Mario are significantly older than Doomguy (relatively speaking), the arc of Doomguy is long. And that arc tells us an amazing amount about the history of and trends that he’s outlived.

DOOM didn’t invent the first-person shooter. That’s Maze War. Probably. But DOOM did invent the Doomclone. Without DOOM, its greatness and its popularity, are we certain we’d see the advent of so many imitators? Was it a natural idea that the Johns Carmack and Romero happened to be the first to pull off well? Allow me to usher you into rampant speculation corner.

Without the success of DOOM, perhaps Bethesda Softworks never creates The Terminator: Future Shock or the engine that powered it and The Elder Scrolls II: Daggerfall. Likely we would not have had Star Wars: Dark Forces and never met Kyle Katarn or the dark troopers that have been re-canonized as part of Star Wars. Of course, DOOM gave us Wolfenstein 3D, but it also gave us Marathon, which gave us Halo, which gave us Destiny. For a time in the 90s, there were no “first-person shooters” there were “DOOM clones.” This was a massive imprecision of language but much like “Souls-like” is now the genre was defined and named after its biggest star.

But DOOM had to grow and evolve. After the launch of the largely “more of the same” DOOM II, DOOM went into the wilderness for over half a decade to emerge as Doom 3. No more roman numerals but way more lighting. Doom 3 is set in 2145 but largely it is in the pre-Half-Life 2 realm of first-person shooters. You can’t hold a flashlight and a gun at the same time, you learn about the story through audio logs and notes. The influence of Looking Glass Studios and Irrational Games are clear. But there’s a clear lean on horror, on lighting, and away from physics. And there’s no cover. Fights are often close, chaotic and dim.

That places Doom 3 in a strange place. It, like its predecessors, can be seen as reacting to what has come before but Doom 3 is also the one that people are quickest to forget. It’s not the DOOM that people rave about, its not the one that eschewed all convention, instead, it’s a lost middle child. It would not be for years that we’d see more developers focus on atmosphere and lighting in the way that Doom 3 is. Strangely, it almost feels like Doom 3 is more the progenitor for Alien: Isolation than it is the previous game to DOOM (2016). 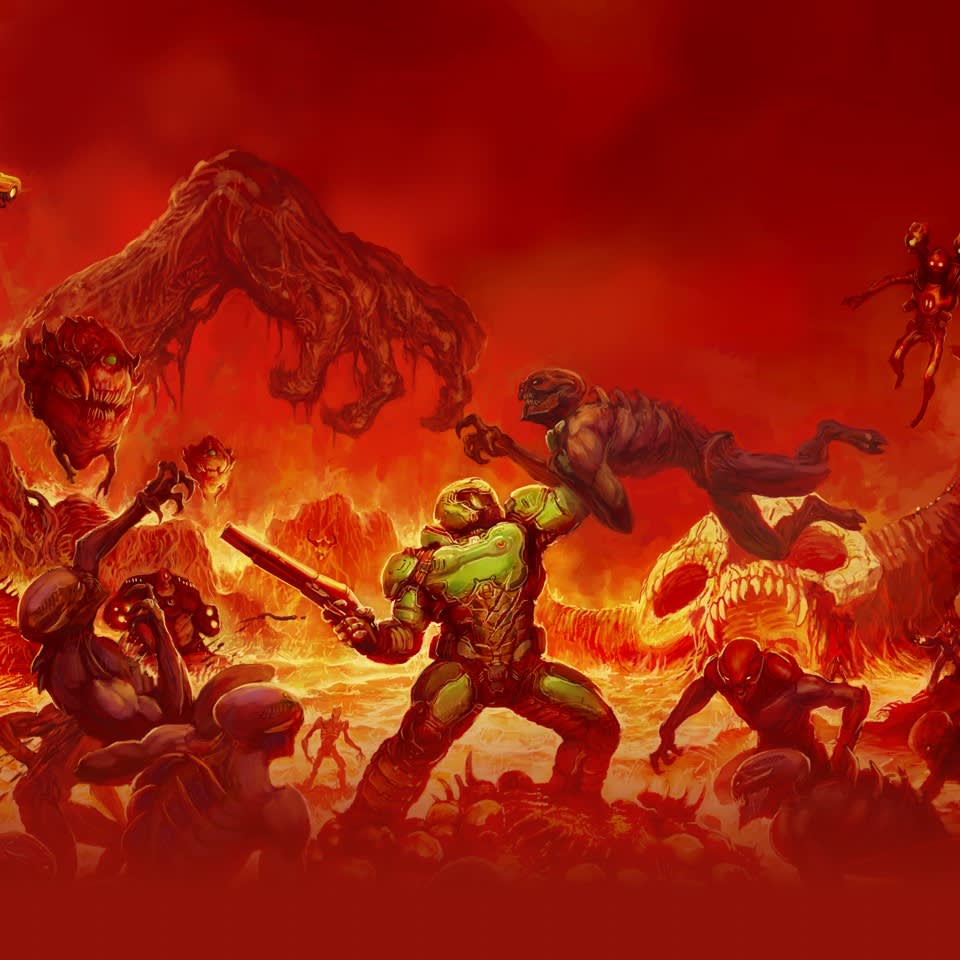 Which, lastly, in this full throated but half-researched history of the ripples of DOOM to DOOM (2016). As others have spoken more eloquently to, DOOM (2016) is a cold northern wind amongst the FPS trends of the its day. No “abilities,” no cover, no regenerating health, no loot. You rip and tear. And you do so to the Mick Gordon soundtrack I have had thumping as I write this.

DOOM (2016) is about a flow state, about being efficient and brutal. Tactical, but blindingly quick and reactionary. And you can see the seeds of this all the way back in E1M1. But not like this. Not so fast, not so vicious. This Doomguy is the guy who has been to the wilderness. The one who has been knee deep in the dead. In a world of champions, wall running and Hollywood actors, DOOM (2016) decides to be its own beast once more with a kind of distillation. Not purity, this is not a step backwards, this is the refining of a formula, one that used to be eponymous.

So, it’s largely my hope that in the future, DOOM will once again go off into the woods. That it will sleep in the caves as once and future king and return to us to remind us what the fuss was all about. Because the arc of videogames will be long, and it is ever changing. But DOOM has been instigator and disruptor. In another 30-ish years, I’d like to have moved on to other things. But I hope that Doomguy doesn’t.