As Unwinnable turns ten twelve this month, we’re in a reflective mood. Hitting a decade in existence is an unlikely achievement for any media business these days, let alone one that openly cuts against the grain with fierce independence. It’s a privilege to be published here each month and the caliber of the crew that Stu, Sara and David have assembled is nothing short of incredible (and I offer this praise without coercion).

In some ways the longevity of this publication shouldn’t be a surprise, given the passion and eye for talent its leadership has had from the beginning (whether or not I feel like I’ve earned my keep here, but it’s been nearly four years, and I haven’t been kicked out yet). Yet as we’ve seen too often, passion and talent aren’t always rewarded in this industry, and no one should be unaware of this fact. The media business doesn’t give anything easily, but when it takes away, it does so with ruthless efficiency.

The occasion also has me looking back at where I was in 2012. That year was a massive turning point in life, the kind where you can almost compartmentalize everything that’s happened before and after, like a dividing line between the end of who you used to be and the beginning of who you are now.

The United States was emerging from recession, and after a nearly 18-month long search, I finally landed my first real career job as a writer. It was in marketing with an eCommerce company in an industry I knew nothing about, but that was okay. I had a stable income as a writer, and as someone with no other employable skills, I wasn’t going to take that for granted. The job meant an end to working in call centers and, after a tumultuous time in college pursuing a journalism degree that I wasn’t sure would be worth anything, it was a massive weight off my shoulders to have my path validated. 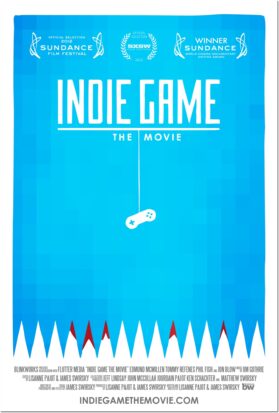 Landing the job also meant that, for the first time in years, I had enough disposable income to buy a current videogame console. When I picked up a PlayStation 3 (just a couple years before its successor would arrive), I found that the gaming world had changed considerably since the last time I could afford new games. Things like online connectivity (I never bothered going online with my original Xbox nor PS2) and DLC were fairly mind-blowing to me at the time (even if they were commonplace by then).

The ease of digital distribution on consoles contributed to the rise of indie games. It was the year Indie Game: The Movie came out, the award-winning documentary that covered the difficult development of Fez, Super Meat Boy and Braid. The concept of developing games in your basement and releasing them to potentially millions of people (but, perhaps more realistically, maybe more like thousands of people or fewer) seems normal now, and we’ll soon reach a point where a significant portion of the gaming public won’t remember a time this wasn’t the case (if we haven’t gotten there already).

I initially pursued writing because of a love of music, having grown up reading guitar magazines and whatever mainstream rock rags were easily available at the time (Hit Parade and Metal Edge were hot commodities when I could find them around my rural town). I’d later discover Punk Planet and AMP, two publications that radically shaped my worldview in my late teens, and made me feel that, even if it didn’t become a full-time job, writing about the bands and music I loved could be a viable endeavor.

However, I also loved videogames, and spent just as much time pouring over the pages of EGM and Game Informer. Games were big business, though, and the thought of writing for glossy and (relatively) big-budget games magazine or major website seemed out of the question. The barrier to entry and the amount of competition both appeared high and, beyond that, I didn’t always have time to play enough games to feel like I was an expert in the medium. The thought of covering games felt out of the question.

As the market for games with lower budgets (but broader visions for what games could be) grew, so too did the media that covered them. While I wouldn’t become aware of Unwinnable until a few years later, it couldn’t have arrived on the scene with any better timing. Thanks to this very publication and the similarly minded magazine and website Kill Screen (now defunct in its original incarnation), my entire conception of what games media could be was totally upended. They looked at games not only for what they offered as consumer products, but what they had to say as creative works.

This isn’t to say that no one else had written about games this way before, nor that no one else ever has since. But at the time, I’d never read anything that made thoughtful criticism its M.O. in the same way that either Unwinnable or Kill Screen did (though a tip of the hat is in order for Bullet Points, Uppercut, Into The Spine, First Person Scholar, Boss Fight Books, and too many others to list). The spirit that drove the games and the music I loved didn’t seem so far apart, and with years of writing about punk and indie rock under my belt, I eventually found my way to joining Unwinnable as a columnist.

The idea that starting a videogame studio in your garage is almost as accessible as starting a band might not be a novel concept anymore, but the accessibility of the medium (and the media around it) is something I do my best not to take for granted. My hair might be going grey, and my knees are turning to dust, but I’ve never felt more excited about games and media than I do now and I have Unwinnable to thank for that.