Everything is accelerating these days – transportation, the burgeoning size of the middle class, the progress of suffragette protests and even (or perhaps especially) communication! Regarding this last point, it is nothing short of staggering that we have – by means of the almost mystical medium of the telegraph – a way to keep up with our international friends, relatives and loved ones! Not to mention that some of you might even be receiving your news from this fine publication via relay of the stunning electrical invention. We have never been more aware that a man is a social creature and part of a very large web of interconnections in this world! Yet there was nearly a missing link in the project of the telegraph recently that almost brought all of this astounding progress to a screeching halt for two countries: Jamaica and Panama.

Yes indeed, throughout this year, Sir Charles Tilston Bright and his West India and Panama Telegraph Company found themselves in danger of failing their ongoing cable-laying expedition of two years due to not just technical difficulties, but a medical crisis as well! After the submarine cable was successfully laid between Santiago on the Cuban coast and Plantation Garden River in Jamaica by the daring crew of the CS Dacia, yellow fever struck, resulting in the deaths of three cable men who were buried at sea, along with many of their shipmates landing on the vessel’s sick-list. That should have been the worst of it, until the weather turned foul shortly thereafter, preventing proper observations for laying the rest of the western cable between Colón and Jamaica without any mishaps. It goes without saying that this western section was critical for the whole project; all of the traffic and mail of the western coasts of South-America and the central states of Peru, Chili, Colombia, Venezuela, Costa Rica and more is concentrated in Panama. 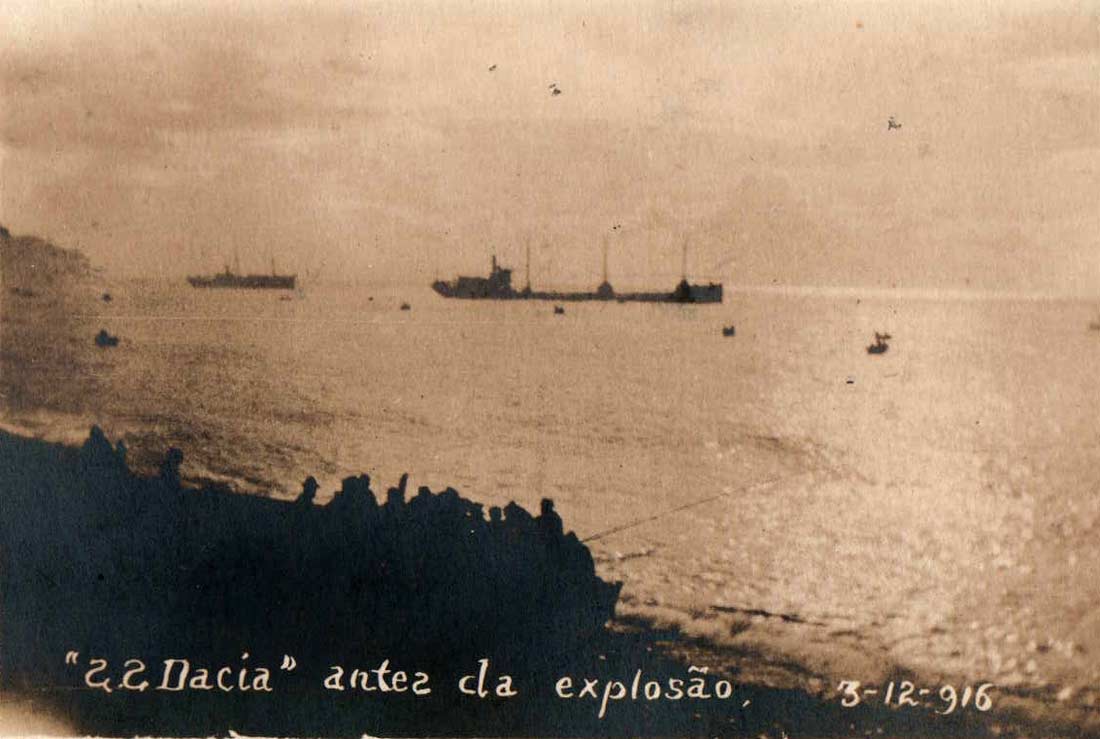 The Dacia was a mere 300 miles from Colón when a fault was discovered and in a mad dash to pick up the cable to avoid further disaster, the end of said cable was seemingly lost to the sea. The rough weather hounded the crew for some time after the incident, as they attempted to grapple for the lost line, but it was all one and they resigned themselves to return to Kingston to nurse their sick. Several more cable men died of the fever, with many more who were forced to be returned home as invalids. After this dreadful state of affairs, it’s fair to say that The West India and Panama Telegraph Company was disheartened enough to temporarily quit the project of connecting the western line of the expedition and redirect efforts towards the eastern sections.

I’d like to make a brief aside here to address the criticisms and misgivings some readers may have towards electrical communications projects such as the telegraph. There are some individuals (perhaps you are one of them) who believe that such communications are in fact grossly inadequate at connecting people in a humanistic fashion. That such technologies are in fact isolating us from one another and abstracting our dialogues with one another in such a way that we no longer grasp each other’s meaning or misconstrue it more often. Since telegraphy by necessity is restricted to 15 characters per word for a standard English telegram and 10 per word for Morse code, people often struggle with what is called by some a “terse” and “impersonal” style of language. Not to mention that telegrams sent in morse code or that employ telegramese require special expertise and intermediaries to decipher such language before the receiver can make sense of such messaging. To put it plainly, naysayers are saying (and not entirely without cause) we have a more expedient way of connecting with our global community – but at what cost? Will our standard English deteriorate into some abominable mass of jargon and abbreviation? Is natural face-to-face conversation with our actual neighbors doomed?

Well, I’m here to allay such fears. Telegraphy, just like the typewriter I write this column with, or the printing press which brings this fine publication to your doorstep, is a tool to help us better adapt to our speedy modern culture! These tools may have revolutionized the way we communicate with one another and changed the landscape of media, but we are the masters of them – not the other way around! Telegrams help us with modern business and politics, as well as our personal affairs. While the notion of someone thousands of kilometers away from us receiving a message from us within hours, or in some instances mere minutes, is dizzying it is also exciting. Information has never been so readily available to us from all over the globe. We are simply more empowered by this latest invention.

Furthermore, we ought to remember that despite the sheer amount of information the telegraph system can convey, it is up to discerning readers to slow themselves down and take the time to not just read the ink upon the page, but the spaces between them! And to discuss these matters amongst our broader community is the best remedy for fear of isolation – which tools like the telegraph allow us to do! Media has never been more social than it is now, and that is our boon! But that is enough talk from upon high from me, let us dive back into the fray with our stirring tale of adventure. 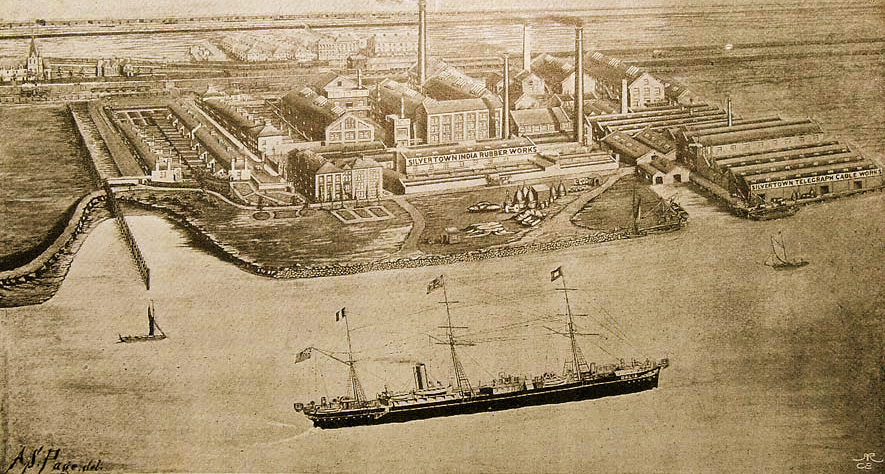 As I related above, the cable-laying crew of the Dacia had to abandon the western line between Panama and Jamaica in favor of tackling a less harrowing eastern portion of the telegraph line system. The company succeeded in laying the section between St. Thomas and Porto Rico and then proceeded to lay the shore end of this cable all the way to Demerara. There were some minor obstacles owing to shallowness of the route to Demerara and shipping lane traffic, but these were dealt with in short order by submerging 35 miles off the shore-end. 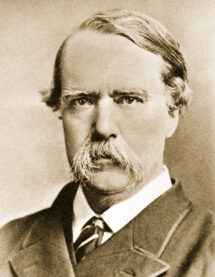 Finally, late this year, after much toil and hardship Sir Charles Bright was blessed to recover the lost cable between Colón and Jamaica. The location of the rescue of such a precious product? 1400 fathoms! Not quite 20,000 leagues under the sea, but still a considerable ways to grapple blindly for an object! With the recovery of this line, the whole of the Caribbean is now a part of the global conversation. Perseverance certainly is a virtue, and one Sir Charles Bright and his ambitious company share in common with one of Jules Verne’s heroes. Those who have been following Verne’s current serial, Around the World in 80 Days, this year should thrill at the events so described in this article! Between the futuristic technology, the very real threats of a deleterious climate and the bravery of the cable crew to continue in the face of many deaths for a higher cause are absolutely commendable! Hurrah for progress!

This project could not have been connected at a more choice time. In addition to the more pressing matters of bringing the Caribbean into the telegraphic fold, the international cable chess clubs can now rejoice in having access to even more competitors. Jamaica in particular is said to have some veritable giants in the sport of reason. Our world is not only becoming more social, it is becoming more playful! And at a remarkably speedy rate that proves that our nation is on track and shooting forward like an electrical current straight into the future. Yet the labors of the West Indian and Panama telegraph expedition show us that progress is often certainly hard won, and we should give all our thanks and tip our hats to those who make it possible.

Ms. Phoenix Simms, new technical correspondent. Also self-proclaimed automaton enthusiast. Often arrives early to office with Daily Wordle, wildflowers & pain du chocolat. Once coworker asked if she had secret admirer, replied mock-disgust = My dear, one must treat thyself. Who stops you? Shan’t be me! If one would practice their telegramese, send news (or Wordle) tips to telegraph handle @phoenixsimms.