This December, George Smith shall appear before the Society of Biblical Archaeology and read his transliteration of Gilgamesh, one of the earliest known pieces of literature. The tablet was discovered by Hormuzd Rassam back in 1853 and the poem has long been rumored, particularly among the acolytes of mythological and fantastical literature, to be epoch-defining, a real epic of the first order. Smith himself reportedly ran around the room shouting and removing his clothes, so great was his delight when he realized exactly what he was reading.

Well, ladies and gentlemen, your weary publisher has moved heaven and earth to obtain a transcript of Smith’s transliteration ahead of his presentation. I fought warriors and beasts. I consulted wise elders, suffered terrible dreams. In one particularly memorable turn of events, I convinced a necromancer to not plunge the world into famine – George Smith keeps strange and dangerous company, let me assure you. Most recently, I spent time in the forest as a lumberjack, felling trees so I could build a ship that could survive the journey to the uncharted island Smith had hidden his transcription. Friends, I labored ceaselessly to bring you this prize and what do I get? Trash! Soulless pastiche!

This supposed epic, this paradigm-shifting piece of literature, is just another flood myth! Do you know how many flood myths we already have lying around? Enough to keep my basement soggy for years, I suspect. 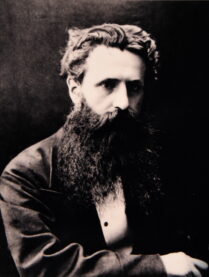 Having gone to all this trouble – I hope none of you every have to find out how difficult it is to kill a lion with your bare hands – I think it is only fair that I spoil Smith’s little surprise. Here then, is a brief summary of the tablet for you to appraise.

Gilgamesh accosts a man named Utnapishtim to find out how he became immortal. Utnapishtim explains that many years ago, the god Enlil was angry at humanity and sends a flood to destroy us, but the god Enki warns Utnapishtim, encouraging him to build a boat large enough to house his family and all the animals. The storm comes and lasts six days and six nights (an obvious error – everyone knows the Deluge was seven days and nights), after which the floodwaters withdraw. Free to walk the land again, Utnapishtim makes a sacrifice to the gods, who are drawn to him. Enlil shows up and is furious that there are survivors (you have to appreciate his dedication to a job well done, if nothing else) but the other gods chastise him for the wanton destruction. Then Enlil bestows eternal life on Utanpishtim and his wife for their troubles. And that’s it! What rot! Why is this even called Gilgamesh? I’ll tell you why: Utanpishtim is murder on the tongue. I’d love to witness George Smith saying it ten times fast.

Smith insists there is more on his tablet than just this pale retelling of the flood story, but if he is leading with this, I can’t see that the withheld material will make up for the crushing disappointment the world will suffer in December. Nor do I think the additional tablets that Smith claims are out there, waiting to be discovered, will salvage his, or Gilgamesh’s, reputation. More stones. Convenient! Opportunistic sequeling. Where does it end? No doubt, someday, some bloke will be wandering around a cave somewhere and claim to have found more books of the Bible! Preposterous!

We’ve more than enough stories, no need to go digging in the desert for more, thank you very much!