This feature is a reprint from Unwinnable Monthly #150. If you like what you see, grab the magazine for less than ten dollars, or subscribe and get all future magazines for half price. 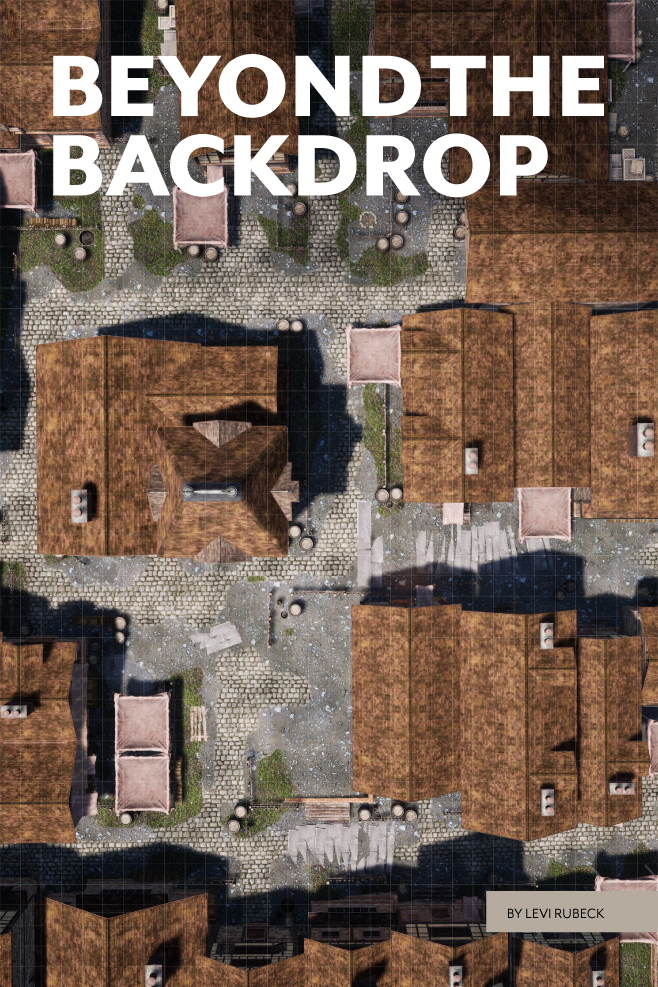 Theatre of the mind is a beautiful baton for roleplaying game conductors. Everyone has a singular cadence, from the baroque to the spartan, flourished to conjure a shared world for collaborative storytelling. There’s a mastery to the execution, between crafting a compelling scene and keeping the action moving along, it’s all in service to the dynamics of the table. All you need to set the stage is a poetic tempo, a line or two to introduce every character and a willingness to toss in whatever time changes fit the mood.

This is more than enough for a marathon of flung dice and scribbled notes. Finding the right group can be a bit more challenging, but once it’s assembled, you could be treading the boards for decades if you’re lucky. That’s the dream at least, pulling the curtains back on long campaigns, built scene by scene, as some characters live entire lives and others are mourned like lost sisters and brothers.

And while all that is plenty enough to play, we can’t deny that there’s a bounty of digital tools available to enhance the production. Whether it’s online apps for shared tabletops to allow for easier hex crawls, 8-bit to abstract mapmakers, or character sheet management software, there can be a fruitful place for computers and other devices at the RPG table. Sometimes this runs the risk of further blurring the distinction between tabletop RPGs and videogames. It’s easy to accidentally sacrifice precious time fighting with fussy digital devices rather than planning around the many illogical and hare-brained decisions the players might make. These are the various veils that Hungarian developers of RPGScenery are hoping to peer through – tabletop and videogame, pen and table, theatre of the mind and virtual backdrop. 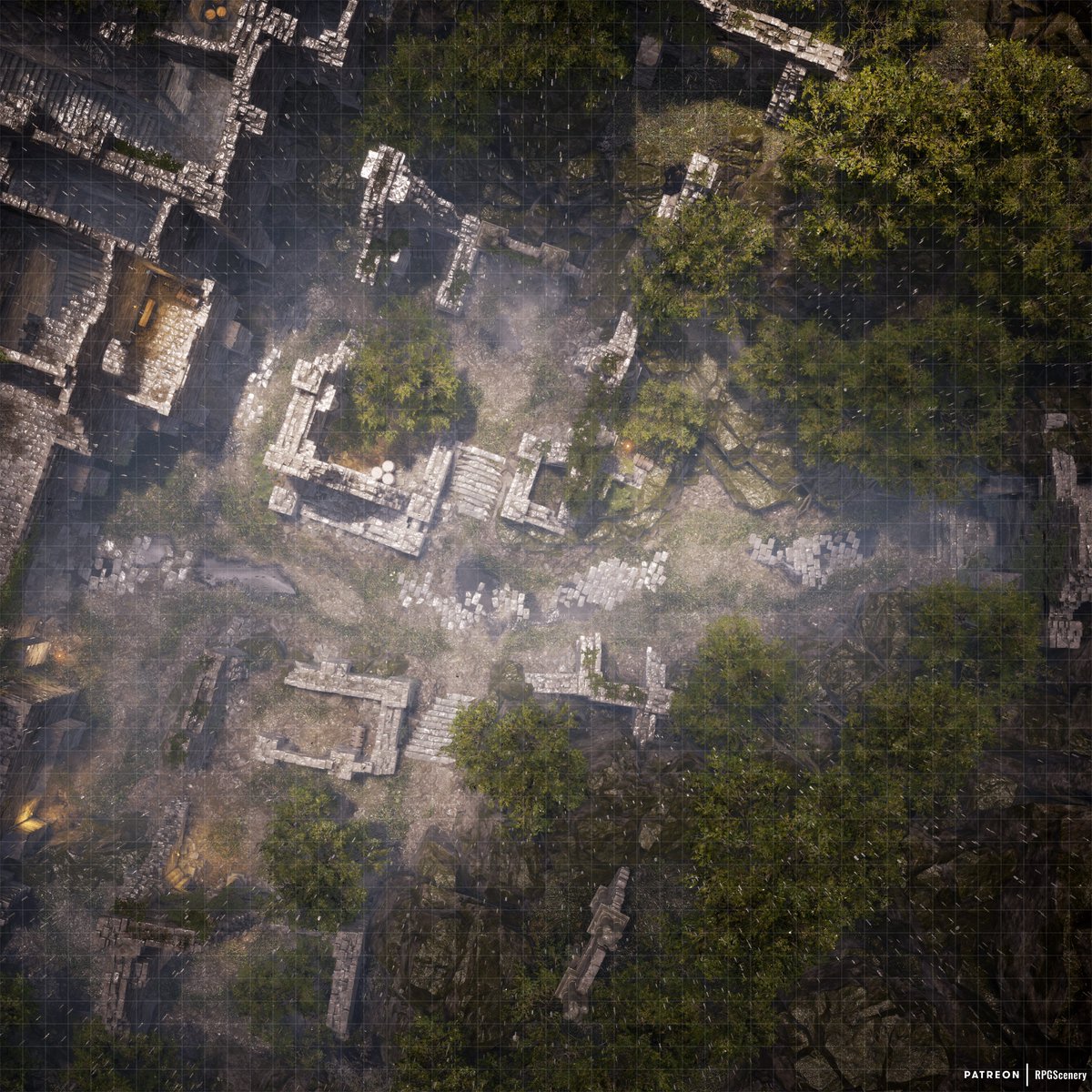 RPGScenery (the name of both the team and their RPG app) recently expanded to four people with dozens of years of development experience between them. I emailed with András, who manages the design aspects of the tool, to get a sense of what RPGScenery is and what it’s meant to accomplish. He describes it as a way to build an environment “with breathtaking 3D scenes and real-time weather control,” essentially putting an Unreal-based scenic camera in the hands of the game referee. But it’s more than a way to drop in 60-frame-per-second cutscenes – András also notes that RPGScenery offers the potential to go from cozy backdrop to a grid-based animated map complete with 24-hours of lighting and various weather options.

The idea for RPGScenery came during the development of another game that members of the team had previously worked together on. With that title, the various contextual menus called for 3D backgrounds to add ambiance and flair. András felt that these vistas were so gorgeous and fulfilling to craft that he was compelled to continue experimenting with these new creative impulses. Through his tinkering he dove deeper and deeper, and in doing so rekindled the primal impulse of a tabletop game runner, finding great opportunities “in these mesmerizing, dynamic environments.” From there he hit the ground running, tapping into his level design experience and binging on Unreal Engine 4 speed level design videos in order to cement this newfound artistic impulse as something András wanted to dedicate serious time towards.

András and the team – Tamás on art, Ferdinánd deep in the code and Gáspár interning in design – are no strangers to the tabletop experience either. They’ve been utilizing RPGScenery alongside its development to generate their own feedback, particularly in a Forbidden Lands campaign. This is an RPG system known for a more greyscale and cutthroat approach to roleplaying, starting not as humble heroes-to-be but rather raiders rising in the ranks to establish their own legacies. It’s an ideal candidate to test RPGScenery, with enough rules to create challenging and compelling battles while offering plenty of methods for outlining narrative as well. So, it’s not surprising to hear from András that their own game in Forbidden Lands generated many ideas for their app, including character token creation, dice-throwing and more customizable camera usage. 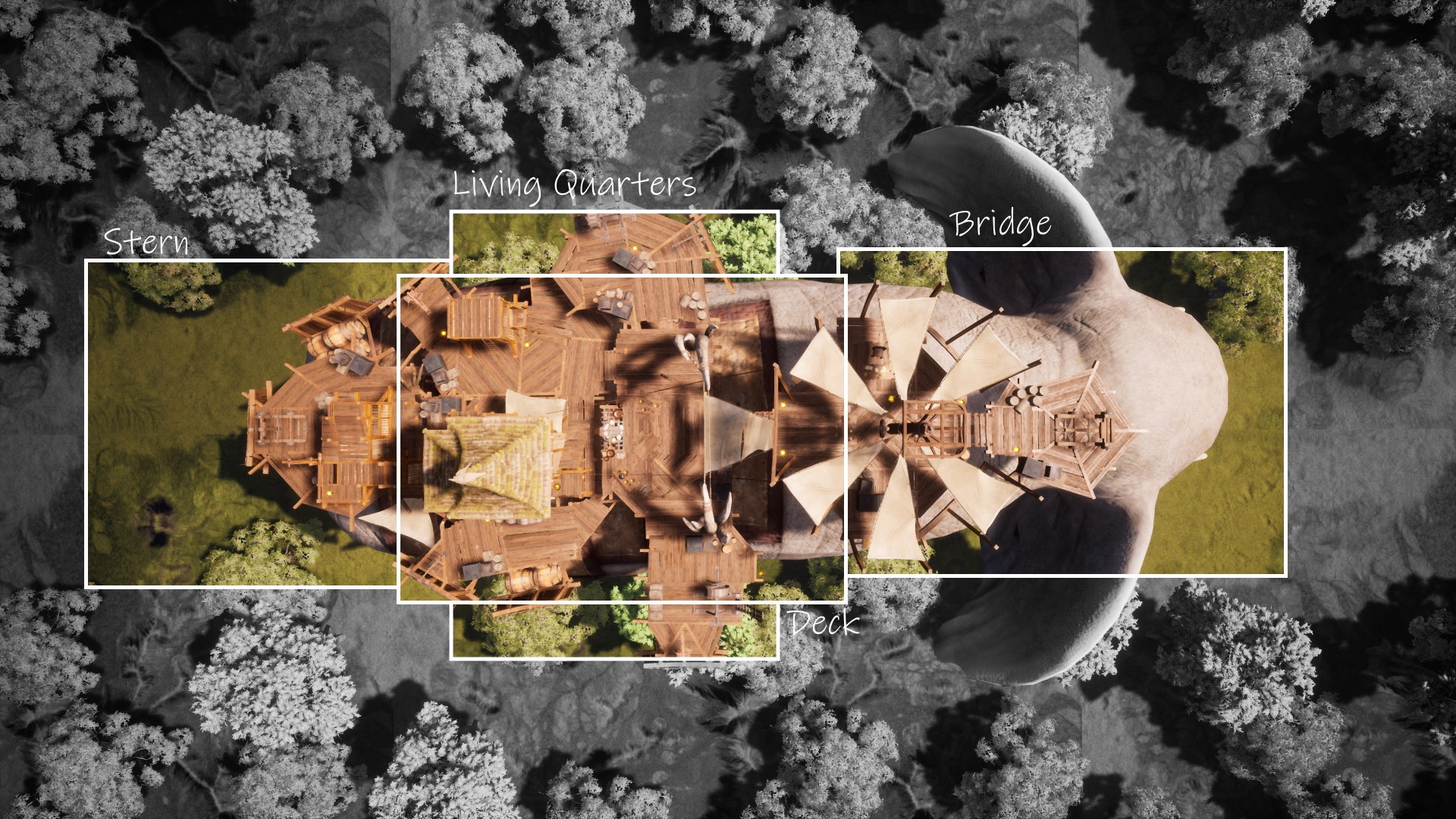 RPGScenery is a labor of love for the team, as they are all working it in their spare time apart from their regular gigs. For two years they’ve spent whatever time they could spare in development, but receiving the Unreal MegaGrant has been a major milestone and marker of confidence in their efforts and vision. “It has naturally boosted our morale immensely,” András explains, and beyond a welcome upgrade of their equipment and assets it’s also allowed them a budget for marketing that was previously unimaginable. With these additional resources they’re aiming to provide more backdrops and tools to users on a quicker timeline.

Despite the advantages the grant provides, game development is nothing if not consistently challenging. For RPGScenery, their thorniest technical tasks have been getting the weather to change dynamically and implementing a seamless switch from cutscene view to map grid view. But so far, they’ve routed these challenges and, though they are admittedly short of becoming a fully-featured virtual tabletop, their goal is something more specialized and easy-to-use in order to add richer cinematic tones to all manner of gaming sessions. Currently they are well-stocked with fantasy elements for players to utilize, but András admits that “there is also a lot of interest in other settings like sci-fi, cyberpunk, Cthulhu, etc. If we can do that, we want to open up in that direction in the future.” 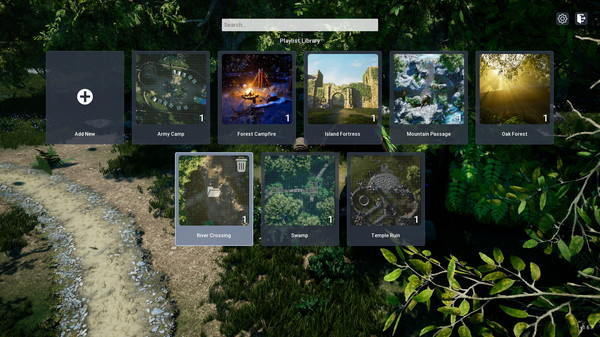 RPGScenery recognizes that its fate really rests in the hands of their small but fervent and growing community. Player feedback helps determine what this tool for stage-building and animated map engagement can really accomplish. Questionnaires and reviews really set the tone for their future benchmarks, whether it’s more map variation, a greater degree of customization in environments, or integration with virtual setups like the Foundry Virtual Tabletop. On top of all this RPGScenery really stands to benefit from the next iteration of the Unreal Engine, which András hopes will allow the team to elevate their tool to another level. And while many users are asking for the ability to utilize fan-created mods, given the complexities of opening up the technology, creating interfaces, managing asset quality and age-appropriateness, at this point the team would rather focus on sharpening their own contributions before opening up the floodgates and attempting to manage that much more on their limited time and budget. But that said, it’s something they hope to provide for RPGScenery fans at some point moving forward.

András and the team are not trying to be all things to all tabletop gamers, which may frustrate some. But RPGScenery does scratch a particular itch, for those times when the house lights illuminating the stage of your players’ minds just doesn’t cut it. A particular battle needs some dressing that’s a little more epic, a map thirsty for a spark, a perfect camera angle or backdrop that could set off an explosive clash or lead a quiet scene to lush and vibrant life. RPGScenery aims to be the perfect arpeggio for any game, an elegant tool to craft delectable roleplaying moments.

Check out the RPGScenery site and support them on Patreon. Scenes are available on Steam.

Dragonriders of the Styx