This feature is a reprint from Unwinnable Monthly #149. If you like what you see, grab the magazine for less than ten dollars, or subscribe and get all future magazines for half price. 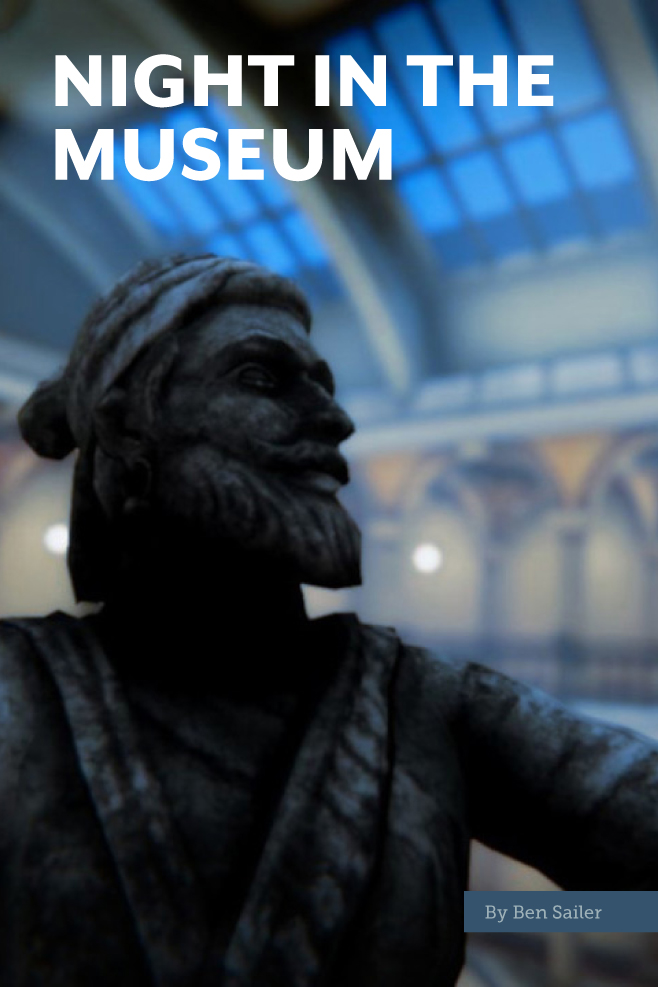 Pop culture portrayals of human trafficking tend toward big screen dramaticism. The Taken film series comes to mind, with its over-the-top action scenes and storylines that end happily ever after (at least until the next sequel). They make forced labor and sexual enslavement seem like things that happen in faraway places, at the hands of obvious criminals, to random victims who were in the wrong place and the wrong time.

In the real world, human trafficking is much more discreet and often much closer to home than most people might realize. According to the 2020 UNODC Global Report on Trafficking in Persons, 48,478 victims were detected across 135 countries in 2018. However, due to underreporting, the actual number is probably closer to the 40 million victims estimated by the International Labour Organization. It’s a pervasive scourge that hides in plain sight, often quite literally, due to lack of public awareness of the issue.

UnderDOGS founder and CEO Vaibhav Chavan is on a mission to raise awareness through the power of interactive entertainment. Based out of Mumbai, he’s leading development on Mukti, an upcoming first-person narrative adventure title that sheds light on human trafficking and the plight of its survivors. The studio’s goal is to encourage players to learn more about the world’s most underdiscussed problems by wrapping an emotionally resonant plotline around intriguing puzzle-solving gameplay.

“I am not a competitive gaming person, but love the storytelling genre,” Chavan says. “Narrative games have always intrigued me. Games that convey a much deeper story with conversations and aesthetics. I play a lot of short spanned indie games and, since I am more into non-commercial artistic movies, I always thought games with similar taste can create a huge impact on the masses. This is one of the biggest mediums to reach out to people.”

Chavan is a modern-day renaissance man with varied interests that he brings together to guide his game development work. In addition to being an award-winning entrepreneur with an interest in independent film and narrative-driven game design, he also has a rich background in theater. When he learned about the depth of the problem of human trafficking through his own reading, he was motivated to use his talents to tell a story that could convey the sheer weight of the terror it wreaks upon its victims.

“A vast majority out there have no idea what is happening in the Tier 2, Tier 3 parts of developing countries across the globe,” Chavan says. “Human trafficking is one of the biggest problems the world is dealing with right now.” 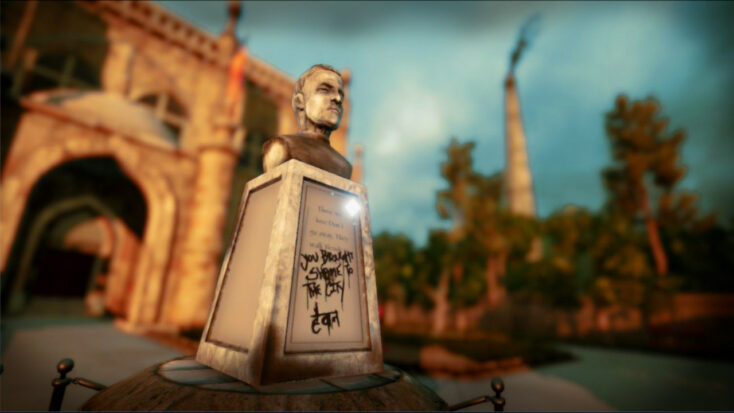 UnderDOGS began brainstorming concepts for Mukti in 2018. A game immersed in uncomfortable subject matter might have seemed like a commercial risk, but once development began, it didn’t take long for buzz to begin brewing. The game was named an India Game Developer Conference (IGDC) Game Jam Finalist later that year, a prestigious recognition that served as strong validation for Chavan’s vision.

Mukti takes place in a fictional museum located in Mumbai; based on early looks, it appears to be a picturesque edifice. Its owner, Vikram Roy, has embarked on an expedition to excavate artifacts from the Pala Dynasty in the scenic Sunderbans region of West Bengal (which, not coincidentally, is an area notorious for human trafficking).

When headlines break out that Roy is accused of the mass killing of a tribe defending ruins in the region, protestors swarm the museum grounds and vandalize the property. The news shocks his granddaughter, Arya Roy, who then travels to the museum to search for answers. What happens next hasn’t been revealed just yet, but it seems safe to assume Vikram’s endeavors weren’t everything they appeared to be on the surface.

Chavan makes it clear that Mukti isn’t intended to offer prescriptive policy to end the practices of forced labor and sexual servitude. Nor will the game provide practical guidance on how to flee capture. Rather, UnderDOGS is focusing on making an emotional connection with an engaging narrative, which may make players feel more invested in the issue than they might if they were presented with raw facts alone. 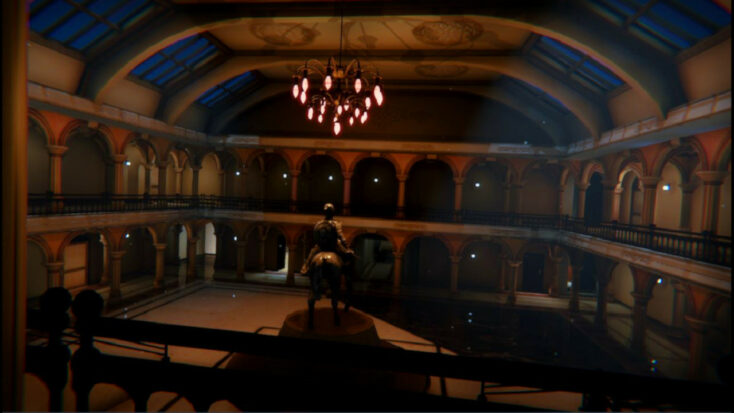 “We are not teaching players about anything, not the techniques to escape nor the do’s and don’ts,” Chavan says. “Our objective is to put forward a story that touches the human chords and replicates what the victims have been facing just so that people understand the severity of the subject. Players will be going through an experience where they would feel trapped at times, cry, get scared or even smile at relatable things. In the end, it’s all about a wild journey we want to take the player on.”

Arya’s adventure will take around five hours to play through. The museum promises to be full of potential pathways to uncover hidden secrets, ensuring that time will be anything but a leisurely stroll through the exhibit halls. Given that the space will be filled with over 2,000 different detailed artifacts, you might want to spend extra time exploring at your own pace anyway though, and a robust photo mode should prove to be a welcome addition for virtual shutterbugs wanting to do some in-game photography.

These exhibits serve as much more than mere decoration. In fact, they’re essential both to Mukti’s plot and its core mechanics. To advance the story, players must solve puzzles based on Indian culture, history and mythology. Chavan shares one example where players must find and attach all eight forms of the Hindu god Ganesha to a mechanism, which then reveals a piece of crucial evidence that Arya needs to obtain. 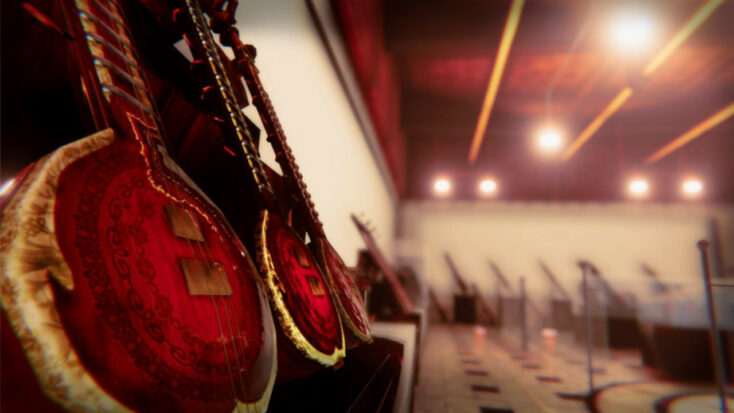 Authenticity appears to be priority here, but so does ensuring Mukti is approachable for a wide audience. A custom-built dictionary will provide definitions and context for regional words and language used throughout the story, which should be a useful addition for players outside of India who wouldn’t otherwise understand important items and plot details.

While Mukti is fictional, it’s informed by a substantial amount of first-hand research. Chavan and the UnderDOGS Studio team traveled to the Sunderbans and spoke directly with human trafficking victims who had escaped their captors. They also gleaned insight from news reports and documentaries such as Stolen Innocence and Trafficked in America. Out of all the creative influences that have inspired UnderDOGS, Chavan says nothing has hit them harder than these sobering real-world stories.

To be clear, Chavan isn’t interested in human trafficking solely because it supplies storytelling fodder for his game. Even though they could have treated the research process like a one-and-done task to gather enough information to tell a story, UnderDOGS has been proactively immersing themselves in the topic all throughout the development process. There is a commitment to approach the issue from an educated viewpoint while ensuring that the story’s central message is always front of mind.

“We learn one new thing every day about this,” Chavan says. “It is important to put this story out.”

From the outside looking in, it seems like everything is falling into place for Chavan and UnderDOGS. Not only are they working on a game that has the industry’s attention, it’s also one that just might help spread a message that games have rarely tried to explore. 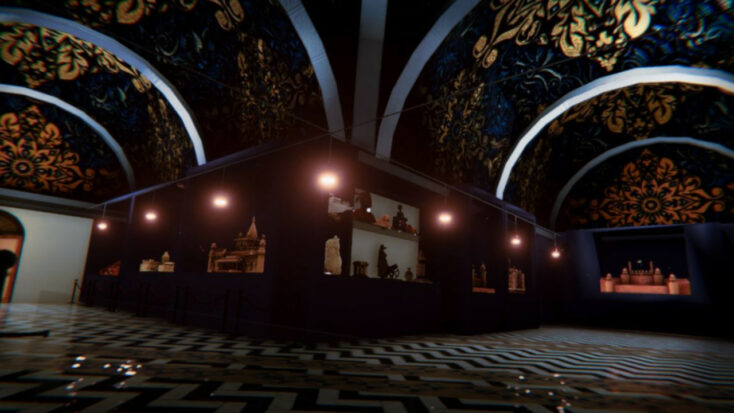 However, UnderDOGS hasn’t always had the financial freedom to pursue projects like this. The studio got its start as an outsourcing shop for larger development studios and, while doing B2B work was necessary to keep the lights on, Chavan has always had much greater aspirations. Their first original title, the well-received 2015 mobile game Skatelander, proved they had the chops to take an existing idea and turn it on its head, introducing skateboarding into the endless runner genre.

Now, early builds of Mukti proved promising enough for UnderDOGs to become an Epic MegaGrant recipient. This directly provided the studio with key monetary support and may also open doors that could bring Mukti to more players, all while accelerating the studio’s long-term ambitions. For a game that doesn’t have obvious mainstream appeal, this kind of support is critical to give the game a shot at breaking through.

“As an indie studio, the only challenge we always faced was to get the development funds,” Chavan says. “Since the game we are making doesn’t really fall into the commercial space and talks about a very deep subject, having enough support has been a problem. Thanks to Epic MegaGrants, we are now in a better position to build something visually to get to the next stage and probably get bigger partners and publishers on board.”

While Mukti doesn’t have a firm release date yet, players won’t have to wait much longer to experience it for themselves, as Chavan reveals they may ship a demo as soon as this May. Reading between the lines though, it doesn’t sound like the studio has any intention of slowing down once the finished product hits digital storefronts. If anything, it could prove to be a step toward much bigger things for the team.

“In the long run . . . this is what the studio plans to do” Chavan says. “Bring out original and big IPs to the global gaming scene.”