Imagine this: You’re a cat, and it’s time for breakfast. You go to your food bowl and find…

This is the core concept of Catsperience, a game by newcomer developer Black Vertigo. In this game, you take control of a cat looking for its owners in a huge mansion. Every door in the mansion is locked, so you’ll have to find the keys by platforming, puzzle-solving and consuming catnip.

Catsperience fully leans into the absurdity of playing as a hungry cat. It features a “catlator” that translates the protagonist’s meows into sassy sayings. One of the main mechanics of the game involves pressing R to use catnip, which takes you to a view with psychedelic colors and reveals hidden platforms.

The catnip mechanic spices up the game’s platforming features while keeping them accessible. Since the catnip only works for a limited time, you have to jump the hidden platforms while they stay visible. But, if you can’t make it the first time around, you can immediately use the catnip again without penalty. 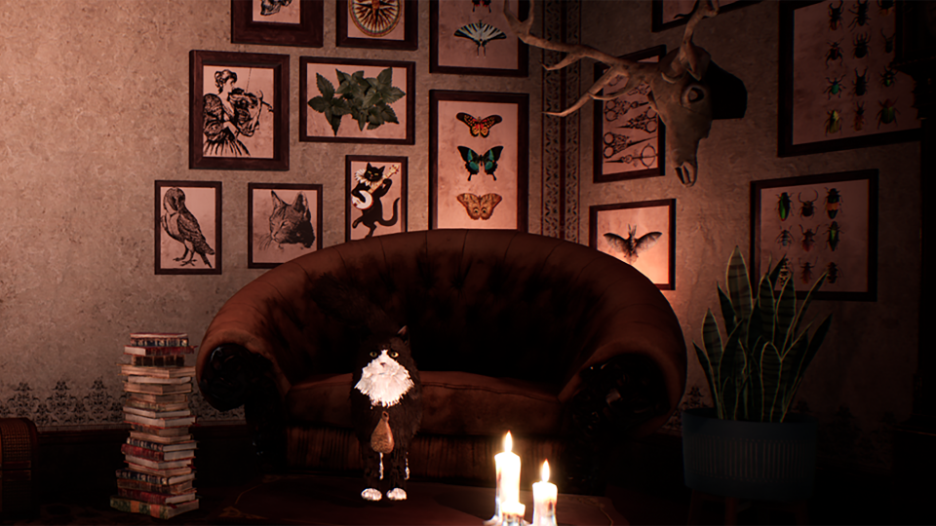 The platforming mechanics as a whole also stay straightforward, allowing you to focus on the puzzles throughout the mansion. I’m not too experienced with WASD platforming, but once I set the long jump to my right-click, I was able to reach platforms pretty easily. However, in the hour or so that I played the game, I didn’t really find a purpose for the game’s dash jump. Even though it’s positioned as an attack, you can walk over the rats in the mansion to catch them, making the dash jump redundant.

Speaking of which, Catsperience has a hunger meter that you fill by hunting and eating rats. The mansion has plenty of rats to spare, so you don’t have to worry about rationing them, but I could also see this mechanic becoming distracting when you’re working on one of the game’s more complicated puzzles.

Catsperience‘s puzzles run the full difficulty gamut. The devs aimed for an “escape game” experience, so some puzzles are simple while others take extra work. As you explore the mansion, you figure out which puzzles you can tackle to proceed and which ones you need to leave for later when you find the relevant items. You explore a bit, then you solve a puzzle — it’s a back-and-forth process. The game lets you hop on furniture, dig through drawers and break vases to find the items you need to move forward. It allows you to take your time through the mansion’s meticulously decorated environments and enjoy the lovingly-made 3D objects. 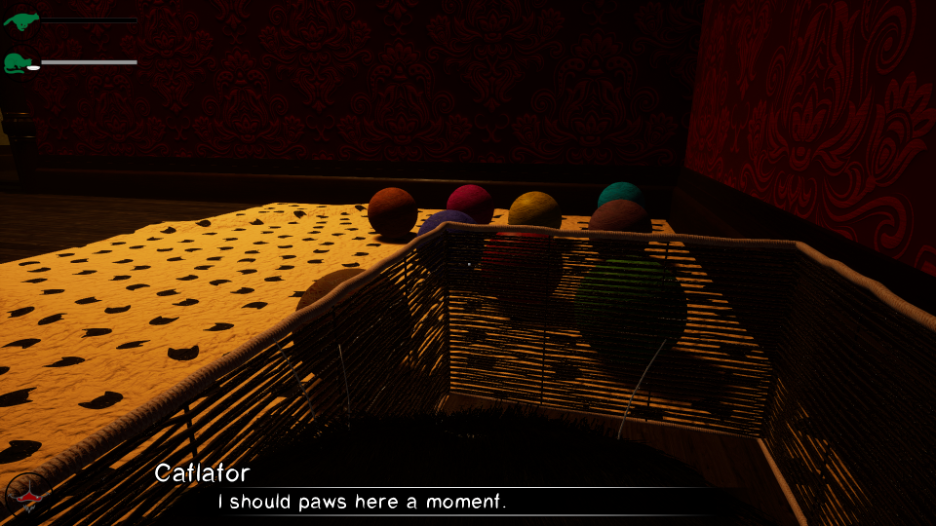 All of this being said, Catsperience has a few issues with polish. The English translation can be rough at times — for example, the cat says “I’ll choke that cock!” when irritated with a rooster, which might not come off well for native speakers. As game physics can do even in AAA titles, Catsperience’s physics would sometimes violently knock objects behind walls, which is a little alarming when you’re all alone in a huge mansion. Keep in mind, however, that Black Vertigo consists only of a Hungarian couple, so it’s understandable that they missed the mark in a few places.

Also, as much as I love the cat in this game, it talks a lot. Its voice lines trigger at every possible moment, such as when you knock over a vase or jump under a table. The cat also starts vibrating and asking for catnip even when you don’t need to activate catnip senses, forcing you to turn on catnip mode when you’re trying to focus on something else. After writing this paragraph, though, I can see how close to real-life cats they inadvertently designed the protagonist.

At the end of it all, however, I can tell that Black Vertigo made Catsperience with love. Small details like your consistent view of the cat’s ears, its response when you jump into boxes and a reference to the developer’s late cat let you know that the devs enjoyed making this game. As a cat lover myself, I enjoyed these touches.

Catsperience might not have all of the bells and whistles, but the devs put their heart into it, and it has a fun core experience. Pick it up if you love cats and exploration.

Quick disclaimer: Unwinnable received a review code from Black Vertigo, but all opinions are my own. Many thanks to Black Vertigo, and may Lord Mordant rest in peace.

Scott Pilgrim vs. The World: The Game: The Review