Last summer, I bought a bike. It was the first bike I’ve owned since I was a kid and, true to conventional wisdom, I did not forget how to ride it. That isn’t to say I didn’t wobble a bit or ride into the occasional clump of bushes. I may have also developed a specific kind of paranoia that makes me believe there is a car behind me at any given moment, intent on turning me into a cloud of red mist. Regardless, I can still pedal and not fall over.

That being said, I can say with some confidence that playing StarCraft II is exactly like riding a bike, complete with the fear of being turned into red mist. Perhaps even more so. I’m just not sure that is a good thing – a dozen years since the first installment and the sequel plays exactly the same. Were people truly excited about this game? Did they forget it was an RTS? 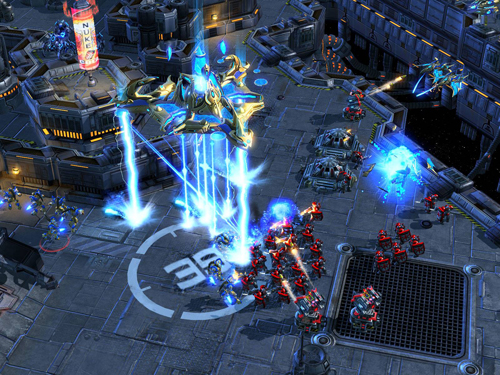 Sure, it looks better than the original, but every game looks great these days. StarCraft II arguably looks better than most, but I can’t see that fact alone fueling 800,000 presales. Surely fans weren’t in a froth because of the ridiculously overwrought story that is so overloaded with sci-fi cliches and unconvincing voice acting you can almost hear it groaning.

PC gaming isn’t dead. Steam is proof of that. So is the vibrant indie developer scene. Just this once, I will even say that Blizzard’s own World of Warcraft (particularly its forthcoming reinvention of itself) is further evidence that people will be playing games on computers for years to come, long after the commentators would have had it in its grave.

What I don’t understand is this growing concensus that StarCraft II marks the second coming of gaming on the PC. Do you really want a glorified remake with zero gameplay innovation to be your new messiah?

Confessions of a 13th Level Cleric