The story in The Division 2 revolves around the release of a chemical known as DC-62. This winds up causing chaos after taking millions of lives across America, with heavy losses in Washington. The result is widespread urban decay as the now uninhabitable city is quite literally left to rot. The only residents left in Washington are refugees who can barely fend for themselves, let alone repair any of the collapsing infrastructure.

Stroll through the streets of Washington in The Division 2 and you’ll see all sorts of signs that nature is trying to reclaim its domain. Plants poke up through the pavement. Trees grow completely out of control. You can see dirt, dust and debris all over the place. You’re looking at Washington a few months after the release of DC-62, but you could be forgiven for thinking that years or even decades have passed. The place has really gone to pieces. The fact of the matter is that what you see in The Division 2 isn’t far from the mark, though. When cities die, they fall to ruins in a flash.

Cities die in the same way regardless of place or period because buildings fall apart following a pretty predictable process. They aren’t really supported by anything, so roofs are almost always the first things to collapse. The floors go shortly afterwards. Roofs and floors are usually made out of something like wood, so rot and infestation also play a role in things. What you’re left with after a while is just four walls which don’t really enclose anything. These give way to the wind when whatever is keeping them up gets weakened past its breaking point. This can take years depending on the material. The mortar in a brick wall can last a long time, but the daub in a wattle wall decays in a heartbeat. You’ve now got a pile of rubble on your hands. People sometimes recycle some of this, but they mostly just let nature break it down for them. There isn’t much left by the time an archaeologist like myself comes along. I might find the foundations or a few postholes, but that’s about the extent of things.

As an archaeologist specializing in urbanism, I’ve spent a lot of time studying how cities wind up as ruins. The best way to think about decay is to look at cities that were only inhabited for a short period of time before being abandoned. The reason is that you get to see nature taking its course without anyone interfering in its affairs. I know more about the Middle East than other parts of the world, so let’s focus on some cities in Egypt and Iraq. Amarna, Khorsabad and Samarra provide pretty good examples. They also give us a nice chronological spread. 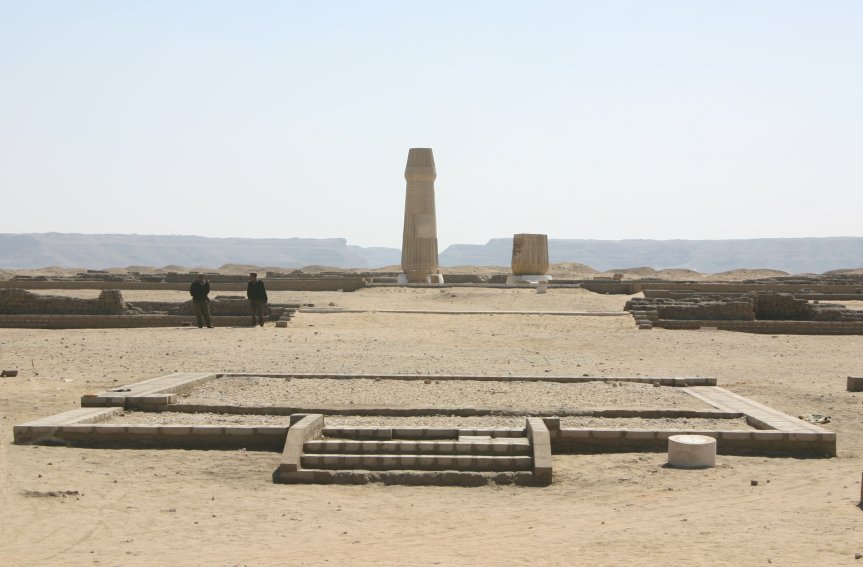 Amarna was founded by Akhenaten around 1346 BCE and then promptly abandoned after his death in 1332 BCE. The city was situated on the eastern bank of the Nile River about 200 miles to the south of what at the time was probably called Memphis, but now is known as Cairo. Amarna stretched from the palaces in the north to the mansions in the south along a sort of highway called the Sikhet es-Sultan. There were several temples and a bunch of buildings for official business in the city center. Suburbs filled with hundreds of houses extended towards the eastern mountains. The former definitely stood the test of time because a couple of their walls are still standing to a height of several feet, but the latter didn’t fare nearly as well. The palaces and mansions were mostly made out of mudbrick, but the temples and buildings for official business had a lot of wooden parts that were soon attacked by termites. There was a wooden causeway that connected a temple and palace that started falling apart almost immediately after Akhenaten died. The structures in the city center seem to have at least partially collapsed within a few months of being abandoned. The buildings in the suburbs held up for a while, but they were piles of rubble within a couple of years. The walls are only about three feet above their foundations at this point in time.

Khorsabad became the capital of Assyria in 706 BCE during the reign of Sargon. Construction began around 716 BCE and then suddenly stopped when Sargon was killed in 705 BCE. Khorsabad was occupied for about a century afterwards, but the capital was moved to Nineveh in 704 BCE, so the place was pretty much a ghost town by the time that it was finally abandoned. The city was located out in the desert on the Khosr River about 250 miles north of what would later become Baghdad. Khorsabad was basically square in shape with enclosure walls on every side that were outfitted with seven gates and well over a hundred towers. There was a walled citadel on the northern side of the city which contained a bunch of temples and a ziggurat. The palace was also situated in the citadel. This building was entered by a gate which featured several statues in the form of winged bulls with human heads known as lamassu and shedu. The walls of the palace were decorated with reliefs depicting Sargon in battle and holding court. Since they were made of stone, the palace and other parts of the citadel are still standing to the height of about six feet, but almost nothing remains of the other structures in the city. These must have been made from perishable materials because they disappeared almost completely without a trace. 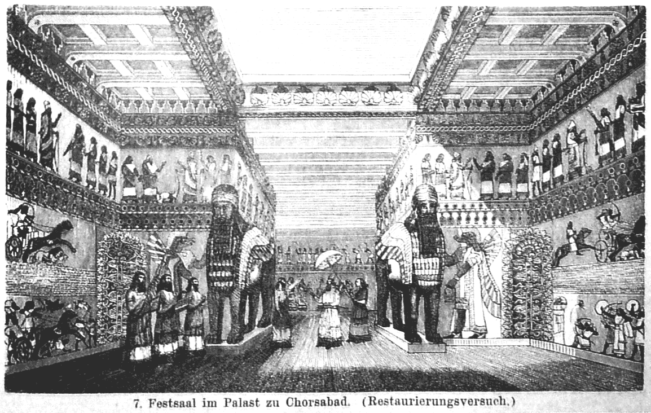 Samarra was made the capital of the Abassid Caliphate in 836 CE by al-Mutasim who located the city on the eastern bank of the Tigris River about 100 miles north of Baghdad. This had been founded a few years earlier in 762 CE. Construction reached its most active phase a couple of decades later under al-Mutawakkil. Samarra flourished until 892 CE when al-Mutadid made the decision to move the capital back to Baghdad. The city fell into a state of decline shortly after this decision was made until the place was finally abandoned at some point around 940 CE. This means that Samarra was only inhabited for about a hundred years. The city stretched for several miles along the Tigris River, but there were two focal points of development in the northern and southern parts of the place. The former was made by al-Mutawakkil and the latter was built by al-Mutasim. They both featured a palace and a mosque with all sorts of other structures arranged around these two buildings on a grid pattern. The only part of the city which can still be seen today is the mosque that was built under the reign of al-Mutawakkil. This features a sort of spiral minaret which rises to a height of about 150 feet. The mosque was made of stone, so the structure has been pretty well preserved, but the rest of Samarra is nothing more than a few foundations. You can still recognize the grid pattern, but that’s about it. 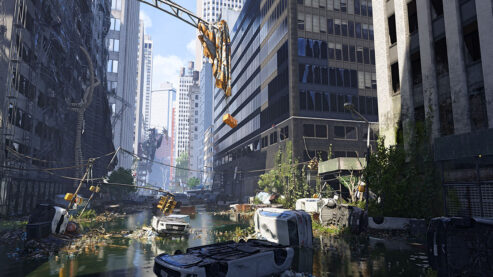 The urban decay which you can see in The Division 2 isn’t entirely realistic. Washington, for example, still seems to have electricity and running water which would of course be the first things to go if nobody was maintaining the infrastructure. The game definitely captures how quickly cities fall apart after being abandoned, though. This comes pretty close to how things work in reality.

Walking around Washington in The Division 2 provides a reminder that nothing lasts forever. The cities which surround us definitely seem solid, but if nobody was around to keep them in good shape, they wouldn’t be around for long. The fact of the matter is that just about everything made by human hands will be gone within a matter of years. Buildings are constantly under attack by the forces of nature and they can only keep resisting for about as long as people can beat back its army of plants and animals. These can tear apart wood and even crack concrete. When it wants to reclaim its territory, nature acts quickly and decisively. The result is of course a lot of ruins. I think that if The Division 2 has a message, it would have to be that cities are living on borrowed time. Similar to pretty much anywhere, Washington could die and be gone before you know it. This definitely happened to Amarna, Khorsabad and Samarra. These were supposed to be eternal cities, but they barely outlived their founders.