The discussion surrounding the idea of separating the art from the artist is pretty much eternal at this point, I get it. How do we deal with something amazing made by someone horrible? But I also feel like it’s important to take a step back and separate the artist from their art sometimes. Because here’s the thing: I can’t believe I have to say this but it’s not okay to harass someone purely because they created a thing you don’t like.

I’m not talking about obviously evil stuff or anything like that; there are definitely creations out in the world with insidious intentions behind them and that’s a different thing entirely. I’m talking about getting bent out of shape because you don’t like the way a character in a TV show was handled, or how Mass Effect ended. I’m talking, specifically, about the shitshow that was the response to Boyfriend Dungeon.

Now to be clear, the criticisms that set everything in motion are valid. The game does deal with some potentially triggering subject matter surrounding stalking and emotional manipulation, and the content warning before the title screen doesn’t do an adequate job of explaining this. I completely agree with those points and agree that the warning should have been made more clear – which Kitfox Games has addressed. What I don’t agree with is people harassing the developers about it. Or harassing the voice actor of a certain character simply because said character is awful.

To reiterate: people were harassing the voice actor for voicing a character they didn’t like.

Wanting the game to do a better job of warning people, I get. I also get hoping that the developers will take honest criticisms to heart and make changes. I even get (though I don’t agree with) wanting an option to remove upsetting content despite it being plot-relevant. But why the fuck would you go after someone because of a part they played in a videogame about dating swords?

Is this just a horrendous byproduct of the internet making almost everybody more accessible, spillover from certain websites that have found a way to make diversity and acceptance toxic, or if it’s just kids being ridiculous because they’re young and immature? I have no idea. I just know this shit has to stop. If you hate a character in a work of fiction that’s intended to be reprehensible, that means the actor is doing a good job. Sam Rockwell was monstrous in The Green Mile but that’s the point. He was playing a role. In a work of fiction. You’re supposed to hate the character. But like any actor, he is not the person he plays on the screen.

I wish I had some kind of answer but the best I can come up with is cut that shit out. 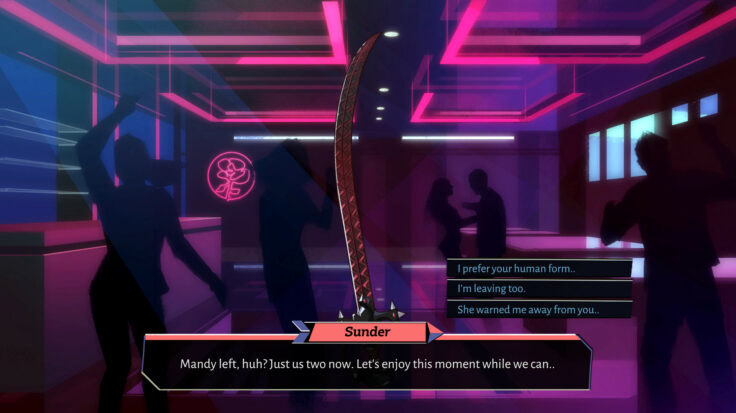