When you stop to think about it, buildings are a little bit like bodies. They consist of structural components like beams and columns that support loads in exactly the same way as bones. They have plumbing and ventilation systems that are similar to intestines and lungs. These things are basically just bowels and bellows. This relationship is even reflected in the way that we talk about buildings and bodies. Both of them are said to be made up of members. Both are said to be covered in skin. Both feature a face.

The analogy between buildings and bodies plays a prominent role in Xenoblade Chronicles. This takes the form of two beings known as the Bionis and Mechonis which provide shelter to the various forms of life in the game world. The former is about as natural as a body, but the latter is every bit as artificial as a building. The trick is that both of them serve the same function. While the Homs and Nopon live on the Bionis, the Machina and Mechon live on the Mechonis. The game seems to suggest that buildings and bodies aren’t so different from each other. You probably aren’t used to thinking about your body as if it were a building, but the fact of the matter is that you’re covered with bacteria. The game is all about seeing things from their perspective. This profoundly affects the level design.

Makna Forest is apparently on the back of the Bionis. This part of the game world consists of two flat regions covered in dense forest which are separated from each other by a broad river. This lies at the bottom of a deep valley near a lake which is fed by a flowing waterfall. The climate is clearly supposed to be hot and humid. This finds a reflection in the weird and wonderful wildlife which are basically just a bunch of insects and reptiles. This would also be where the Nopon have made their home by hollowing out a huge tree in a place called Frontier Village. The similarities between Makna Forest and your back are pretty plain to see. The two flat regions could be seen as the part of your body which is immediately below your shoulder blades. The deep valley could be associated with your spinal cord. The hot and humid climate even makes a lot of sense in this regard: since your heart is located in your chest, your torso is of course one of the warmest parts of your body. 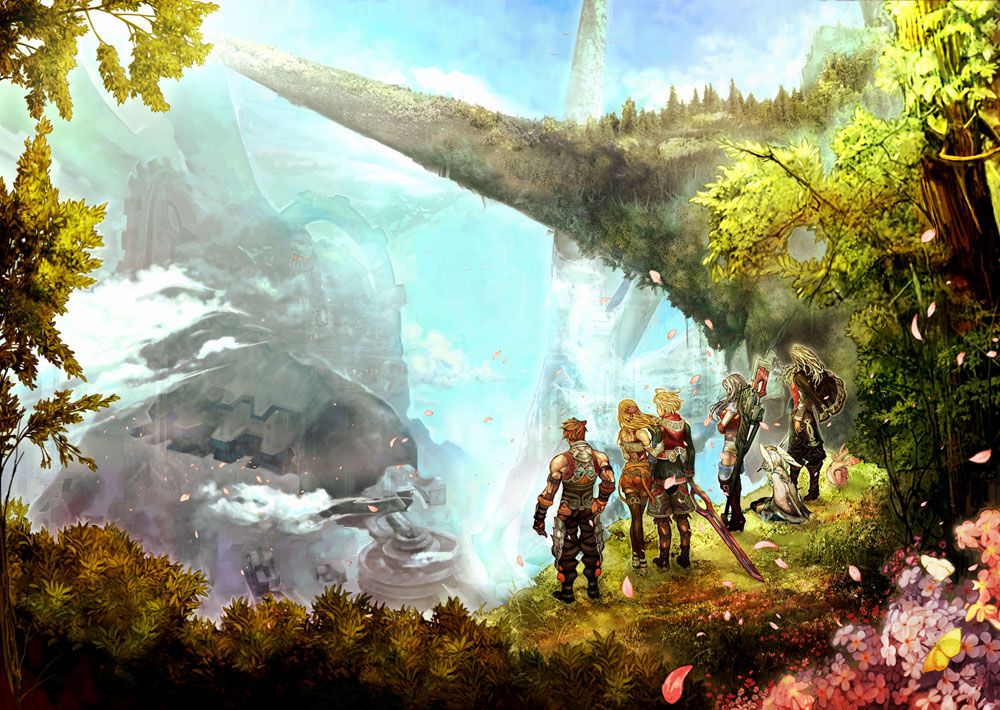 Satorl Marsh is described as being located near the waist of the Bionis. In other words, this part of the game world is basically just your groin. This also makes a lot of sense when you stop to think about the level design. Satorl Marsh is a swampy region at the bottom of a deep valley. The place is filled with various forms of vegetation like trees, bushes and shrubs. The high levels of heat and humidity in this part of the game world cause fog to form shortly after the sun goes down. Similar to the situation in Makna Forest, the wildlife in Satorl Marsh are mostly insects and reptiles. The only people in the place are a pair of Nopon merchants who appear to have lost their way. You could probably associate the deep valley with the space in between your legs. The vegetation resembles hair in some ways, too. The heat and humidity in Satorl Marsh can easily be explained by the fact that your groin produces a huge amount of body heat. There also happens to be a lot of perspiration from this particular part of your body.

Valak Mountain is supposed to be on the right arm of the Bionis. The place is almost completely covered in snow, ice and frost. Take some time to walk around in this part of the game world and you’ll see giant crystals poking out of the ground. Since the region is mostly made up of mountains, the terrain is rough and uneven with plenty of precipitous cliffs and canyons. The climate is of course cold, but contrary to what you might expect, this isn’t on account of the altitude. The main factor affecting the climate is actually a lack of body heat. The right arm of the Bionis happens to be outstretched, so Valak Mountain receives very little warmth from its torso. You shouldn’t be surprised to learn that most of the wildlife in Valak Mountain are mammals with lots of hair and thick skin. You won’t find any people apart from a couple of Nopon scientists, though. Valak Mountain really does resemble your arm when you consider all of the deep curves and creases. Similar to the vegetation in Satorl Marsh, the crystals could even be seen as hair.

The level design in Xenoblade Chronicles reflects the analogy that we often make between buildings and bodies, but rather than simply depicting this comparison, the game takes the concept and really runs with it. Xenoblade Chronicles asks you to imagine what your own body would be like if it were a building. You become something like a bacterium.

Places like Makna Forest, Satorl Marsh and Valak Mountain are all about seeing things from a different perspective. You’re basically shrunken down to the size of a bacterium. What makes this change in perspective important is that we’re used to thinking about ourselves as being at the center of things, but the fact of the matter is that we live on a planet which also happens to be alive in a certain sense at least. Similar to the bacteria on your body, we’re completely dependent upon our planet. This couldn’t be more relevant in this day and age of climate change. Think about what would happen if the otherwise benign bacteria on your body were actually making you sick. You’d probably go to see a doctor. The planet doesn’t have this option, though. We have to take responsibility for our actions by changing our behavior before we end up poisoning our planet.

The Genius of Beauclair Palace

The Glorious Slow Burn of Godzilla (2014)