The story in A Plague Tale: Innocence revolves around a rat infestation. This really isn’t your ordinary rat infestation, though. This one can be found swallowing up houses and reducing entire cities to heaps of rubble.

You’ll come across a couple of castles and cathedrals in A Plague Tale: Innocence. The tall towers and soaring spires are truly a sight to behold. Spend enough time exploring the game world and you’ll see plenty of other structures, too. Manors. Monasteries. Universities. The architecture in A Plague Tale: Innocence never fails to impress. They’re supposed to be made from stone, so you’d expect them to be good and sturdy, but you’ll see almost all of these buildings crumble in the game. The primary cause of their destruction can be traced back to the aforementioned rat infestation. There doesn’t seem to be a single structure in the game world which is capable of resisting these ravenous rats.

The rat infestation is definitely what brings them down, but if you take some time to inspect the structures in A Plague Tale: Innocence, you’ll notice that most of them wouldn’t have lasted much longer anyway. The buildings all show at least a few signs of decay. While some have peeling paint or flaking plaster, others have sagging roofs or collapsed walls. You’ll even come across a couple that are clearly supposed to be water damaged. 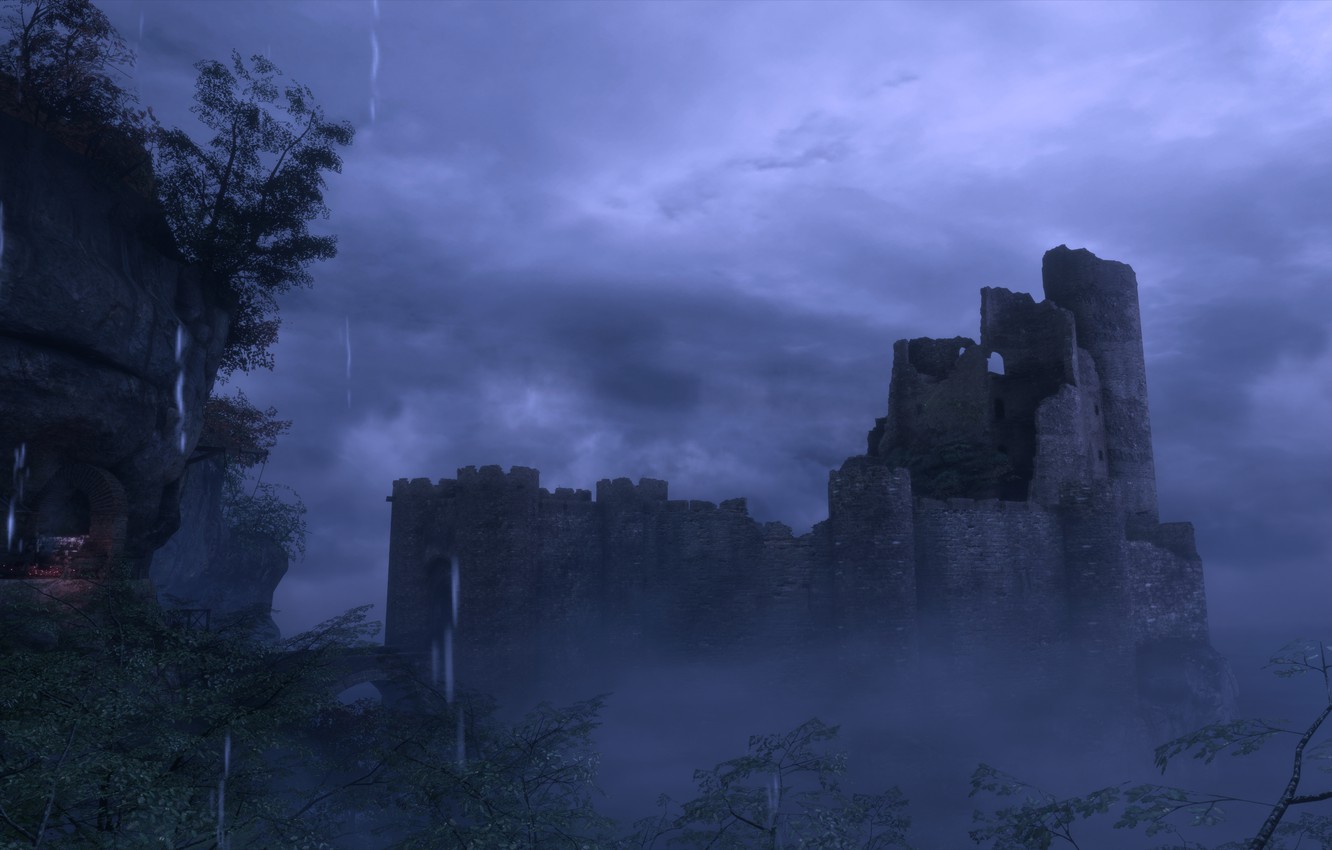 The architecture in A Plague Tale: Innocence provides a reminder that nothing lasts forever. Things are only new for a moment. They start getting older as soon as they’re made. This takes the form of a rat infestation in the story, but the concept appears in the level design as decay. Several different structures are worth noting in this regard.

The most important structure would have to be the manor where the main character, Amicia, is supposed to have spent her childhood. You’ll see the building in good condition at the beginning, but you’ll watch rats reduce the manor to rubble towards the end of the game. When a supporting character, Hugo, starts showing signs of a sickness known as the Prima Macula, Amicia returns to the manor in order to retrieve a particular type of medicine. The rats are what forced these two characters to flee in the first place. You don’t have to look hard to figure out why they left. While it used to be in decent shape, the structure at this point in the story has been completely torn to pieces. Most of the windows are broken. The floor is full of holes. The roof has collapsed in several different places. The rats have ripped apart the manor to such a degree that even the foundations look like they’ve been disturbed. This might just be a product of my imagination, but I’m pretty sure the building is actually tilting to one side.

The castle where Amicia takes up residence with Hugo after fleeing the manor has also been torn to pieces by rats. The castle was apparently built for the purpose of resisting them, so it shouldn’t surprise you to learn that rats have made their mark on the building. Similar to the manor, this takes the form of broken windows, holes in the floor and a sagging roof. The structure isn’t just being reduced to rubble by rats, though. The castle shows other signs of decay. Spend a while in this part of the game world and you’ll come across plenty of peeling paint and flaking plaster. Since they’re blocked with dirt, dust and debris, most of the rooms in the castle can’t actually be entered. Rust has caused a couple of the doors to become stuck. Plants can be found climbing up the walls. They might be the primary cause of its destruction, but I wouldn’t say that rats are completely responsible for the condition of the castle. Decay is clearly supposed to have played a part in things. The grit and grime in the level design provides more than enough evidence. 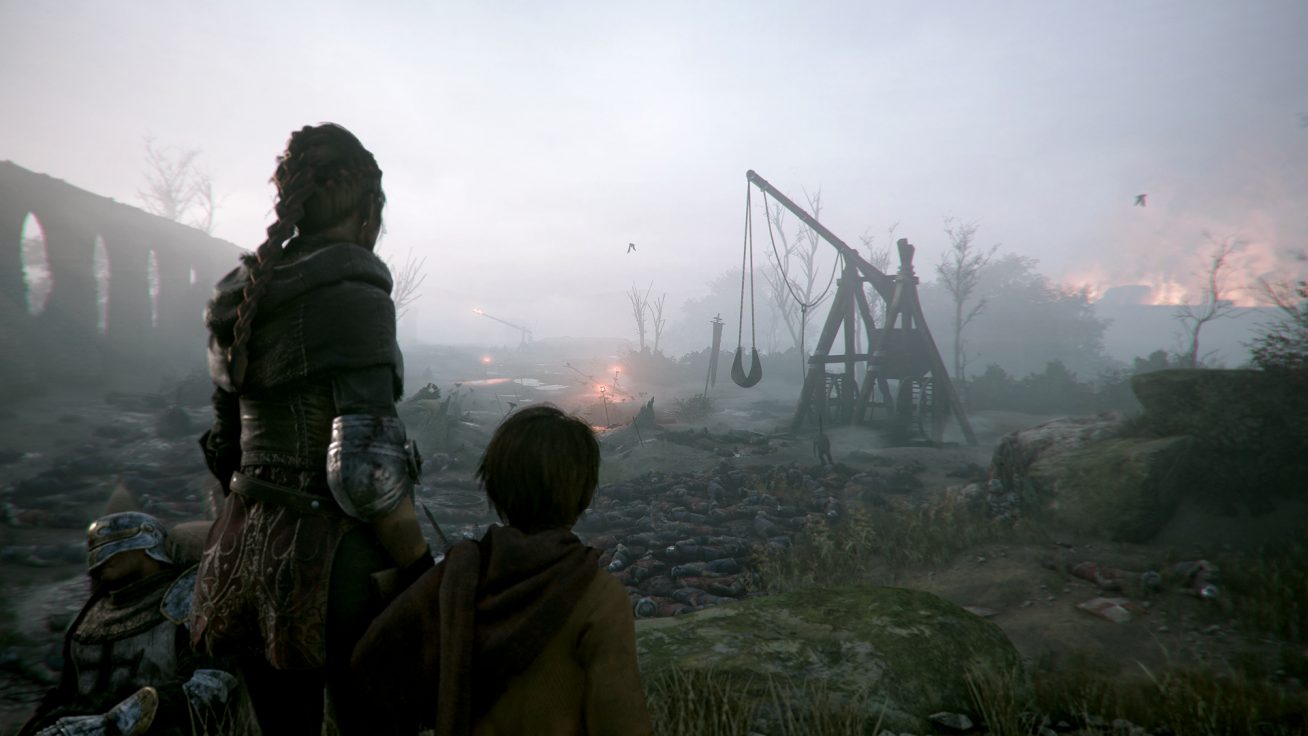 The last building in the game world which I think is worth noting when it comes to the concept that nothing lasts forever would have to be the laboratory. This belongs to a supporting character by the name of Beatrice. The laboratory was apparently built into the remains of a pagan temple, so the structure is already supposed to have been ancient even before the outbreak of the rat infestation. You can definitely see this in the level design. The laboratory has more than its fair share of holes in the floor. The roof seems to have collapsed in several different places. The walls are covered with peeling paint and flaking plaster. The rooms are filled with dirt, dust and debris. Moisture doesn’t really seem to be a problem in the castle, but the laboratory is clearly supposed to have been water damaged. Take a look at the ceiling and you’ll see the unmistakable signs of mold. The rooms have apparently been exposed to wind and rain, so moss and mildew can be found growing all over the place. You’ll find muck and mud in every nook and cranny.

The architecture in A Plague Tale: Innocence conveys the concept that nothing lasts forever. This comes through loud and clear in the story and level design. What exactly should you be taking away from this?

The answer to this question isn’t provided by A Plague Tale: Innocence. My personal interpretation is that you have to at least accept the inevitability of decay, though. Things can’t be new for more than a moment. I would even take this a few steps further by saying that you should appreciate the processes of decay. The way that roofs made from copper end up tarnishing after a while is actually just a little bit beautiful. The patina which often develops on stone walls gives them a strong sense of character. The wear and tear that leaves wooden pillars with a less than perfect finish isn’t something which really needs to be avoided. I guess that what I’m trying to say here is that you should look for the beauty as opposed to the ugliness in these imperfections. The reason is quite simply that everything is charming in its own way.

That $70 Sword of Damocles