One of the most common complaints about the 2014 Godzilla film was that Godzilla himself didn’t have much screen time. Given just how much gravitas he is given when he does appear, Rob considers that a good thing.

There’s so much I love about the American-produced 2014 Godzilla film I’d have to use several columns to go over everything, but today I want to talk about one specific “problem” people had with the movie – its slow burn (i.e.: it took a while for Godzilla to do anything substantial on-screen). On its face this isn’t an unreasonable observation as it does take quite some time for The King of the Monsters to show up, but here’s the thing: while Godzilla wasn’t shown very much until the third act, when he did pop in for a moment here and there, they made that shit count.

It would be extremely easy for me to compare this to the older Toho movies as a rebuttal but I’m not going to because that’s just no fun. What I really want to focus on is how well the movie builds up to those Godzilla reveals – even if they might be short-lived or limited in action. Hell, aside from a brief clip during the beginning credits we don’t even hear about the big guy until roughly a third of the way in. While that may sound like a complaint, I actually like this because the movie knows why we’re here and knows we don’t need a bunch of backstory or exposition for him. Instead, it sets up the stuff the audience likely isn’t as familiar with first, then once Godzilla’s name comes up his presence just sort of hovers over everything for the rest of the runtime. We know he’s there, and we know he’s coming.

And oh my god let’s talk about his first real appearance, when he makes landfall in Hawaii. The first sign of his approach is a freaking tsunami, caused by his tremendous bulk approaching the shoreline – we see the impact he makes on the world around him (which is significant to say the least) several minutes before he’s set foot on solid ground. Then, amidst the chaos as people try to escape from the water onto rooftops, a few soldiers launch flares into the air. As the flares slowly drift back down, they just barely illuminate something that’s impossibly gigantic.

Yes, it took a not-insignificant amount of movie to get to this point but come on, this moment is amazing. 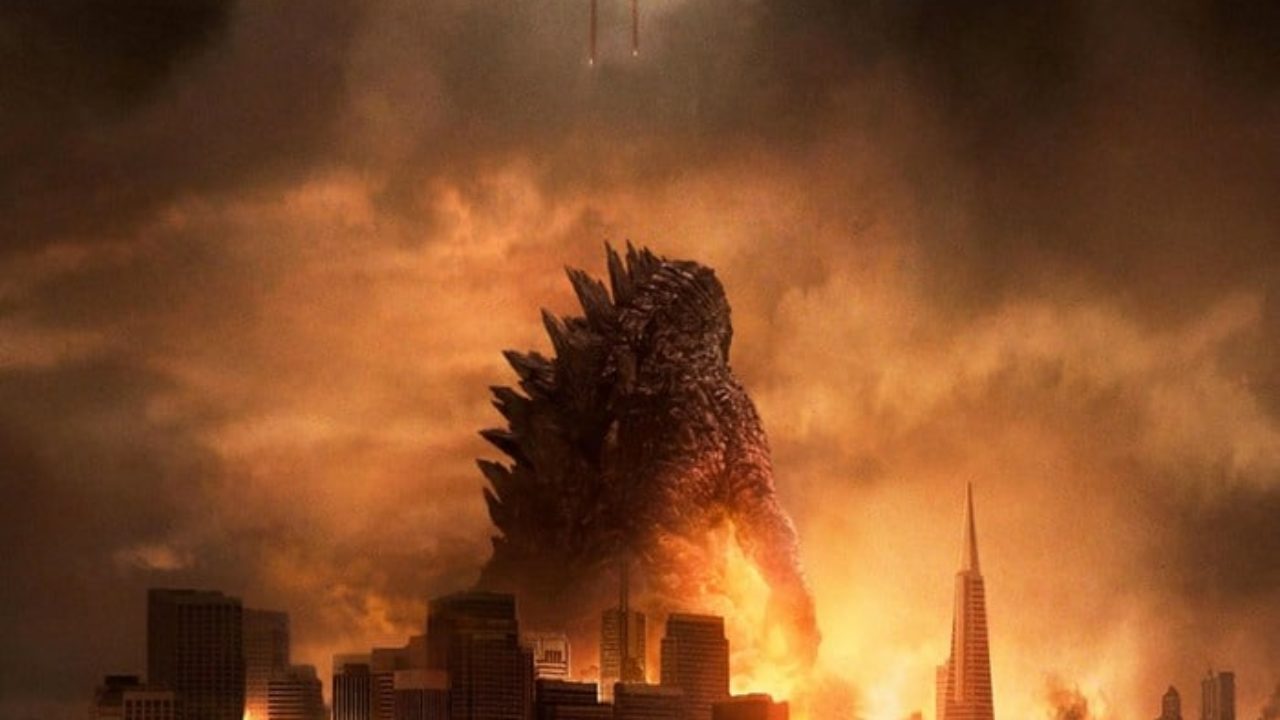 A few minutes later we get to see a little more, as one of the MUTO creatures (the antagonists for this particular story) begins to attack a nearby airport. This giant bug-like thing barrels through the area, knocking over structures and causing a mass panic. Hundreds of people inside the terminal begin to scream as a plane explodes, which creates a daisy chain of even more explosions until it all comes to a stop at Godzilla’s feet as he stomps into frame. The screams all stop at once as his sheer size is enough to shock the panicked onlookers into complete silence.

Just remembering this scene gives me chills. I love it. There are several more I could go over but I have a word limit to think about.

Obviously, all of this stuff is better experienced by actually watching the movie rather than reading a brief synopsis but my point is that, while the 2014 film does keep its title character tucked away for quite a while, when he finally does appear it earns every god damn second of it. It recaptures that feeling I used to get from the original King of the Monsters (a.k.a. Gojira), where Godzilla’s appearance is a fucking event that inspires awe (and possibly dread) rather than being used as bare-bones fanfare that precedes a giant monster brawl.

Rob Rich is a guy who’s loved video games since the 80s and has had the good fortune of being able to write about them. The same goes for other nerdy stuff from Anime to Godzilla, and from Power Rangers toys to Transformers. He gave up on Twitter, because Twitter is garbage, but you can still find him on Instagram and Mastodon.

Marvel’s Offshoots Are Way Better Than Their Big Films

Rising Tension: The Odd and Appropriate Specificity of Resident Evil 2: The Board Game