This feature is reprinted from Unwinnable Monthly #136. If you like what you see, grab the magazine for less than ten dollars, or subscribe and get all future magazines for half price. 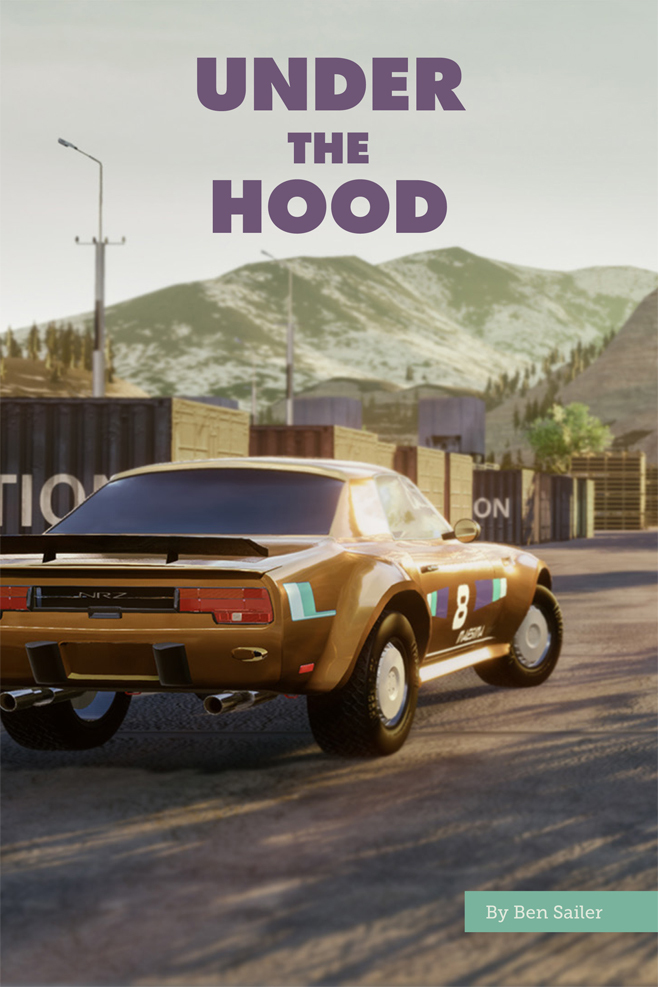 Car aficionados have no shortage of top-tier racing titles to choose from. Ever since formative franchises like Ridge Racer and Need for Speed brought believable driving experiences to home consoles in the mid-90s (relative to what was possible in the 16-bit era), the genre’s evolution has branched in numerous directions. From driving sims such as Forza to hardcore esports platforms like iRacing, there are myriad ways for players to burn digital rubber.

Yet few games allow gear heads to immerse themselves in other areas of the automotive world. What about games that allow you to, say, design your own engine? Or build an entire vehicle from the ground up? Run an entire automotive manufacturer, perhaps? When it comes to games that explore how cars fundamentally work, whether from a technical or business perspective, the road to the market is wide open.

Enter New Zealand-based Camshaft Software’s Automation – The Car Company Tycoon Game. The brainchild of studio cofounder and art director Andrew Lamb, he calls the game “an assorted playground of fun things for car nerds.” Sure, as the name implies, it’s somewhat like popular tycoon-style games. Yet it offers much more than such comparisons would imply, combining business simulation with Dreams-esque capabilities for creation.

“It’s definitely inspired by things like Car Tycoon and Detroit,” Lamb says. “But as a kid who read engineering papers about car engine design for fun, those never really hit the itch for full-on technical nerdery that I craved, and there was really nothing out there for that.”

Automation has been a pet project for Lamb since he was around ten years old in the 1990s. Since no one was making the kind of car game he wanted to play, the would-be gearhead began building a rudimentary engine building tool himself, applying what he knew about engine mechanics and programming to bring his vision to fruition. Somewhere, he thinks, he still has a Windows 3.1-era prototype he built as a child. 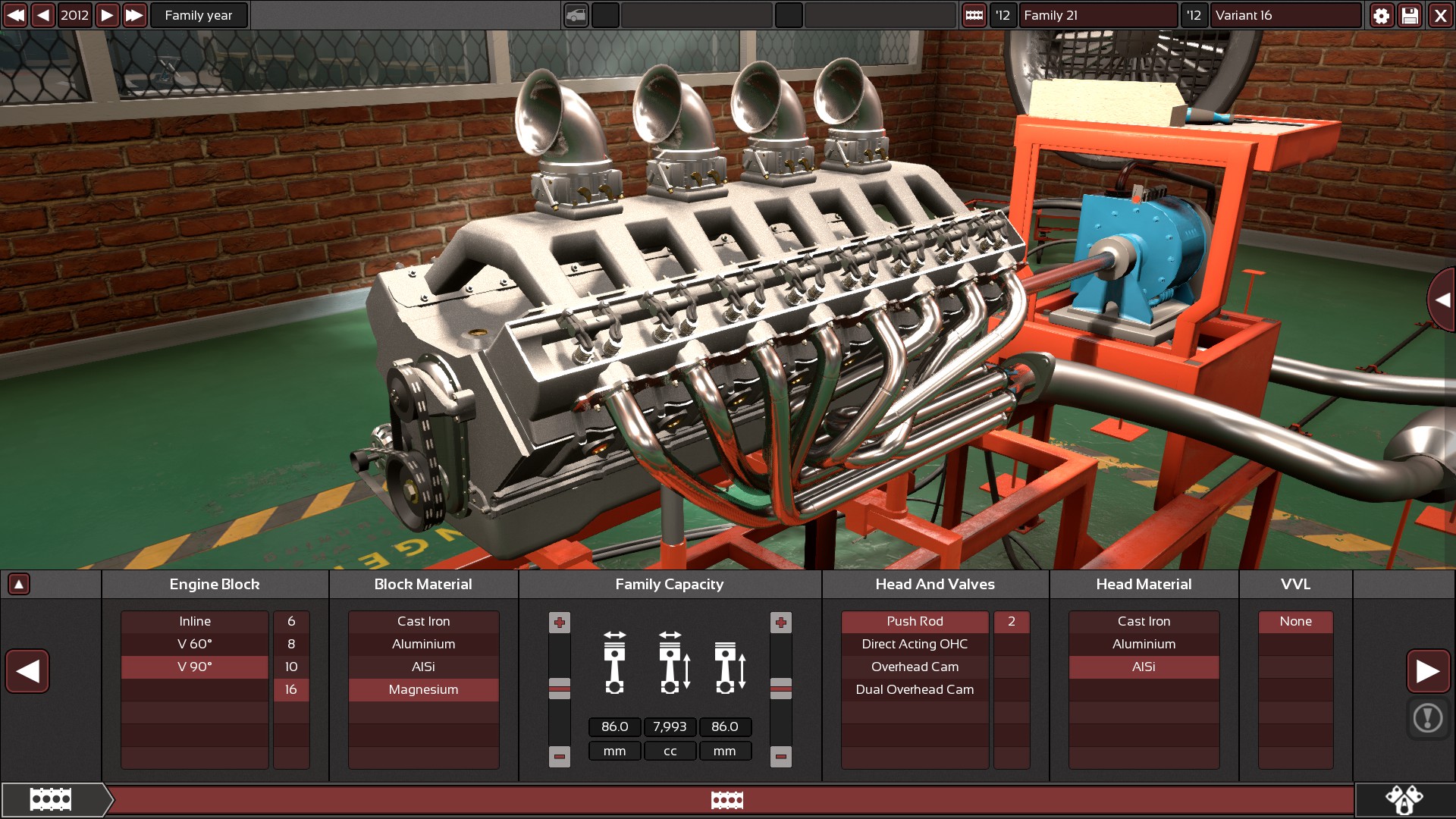 The development timeline for Automation as players know it today began in earnest on one dull afternoon in 2009. While playing multiplayer Railroad Tycoon with his friend Caswel Parker, a games programming teacher and fellow auto enthusiast, they thought to look for a multiplayer car tycoon title instead. Their search ended in disappointment; the 2003 release Car Tycoon is strictly solo, and there were no other options available, years after Lamb began tinkering on his PC as a kid.

It’s said that necessity is the mother of invention, and rather than giving up, Lamb and Parker took that maxim to heart. They decided to combine Lamb’s 3D art skillset with Parker’s deep coding knowledge to make their own game, beginning what would become Camshaft Software, Automation, and a growing community of like-minded gear heads that are helping to build something unlike anything else in the games industry.

Soon thereafter, the pair started doing some design experiments for the game. In 2011 they launched a small crowdfunding campaign on Rockethub (an Australian Kickstarter-style platform), which was successful enough to finance a playable build of an engine designer tool the following year. Their early efforts may have been basic, but they proved their idea had backing, and they could build it.

Camshaft continued work on the game. Automation hit Early Access on Steam in 2015, six years after Lamb and Parker turned the key on the project. The game developed a passionate following, and as support grew, so did the company’s ambitions. Eventually, this necessitated rebuilding the entire game using Unreal Engine in 2017, which provided more power than their previous in-house development tools. 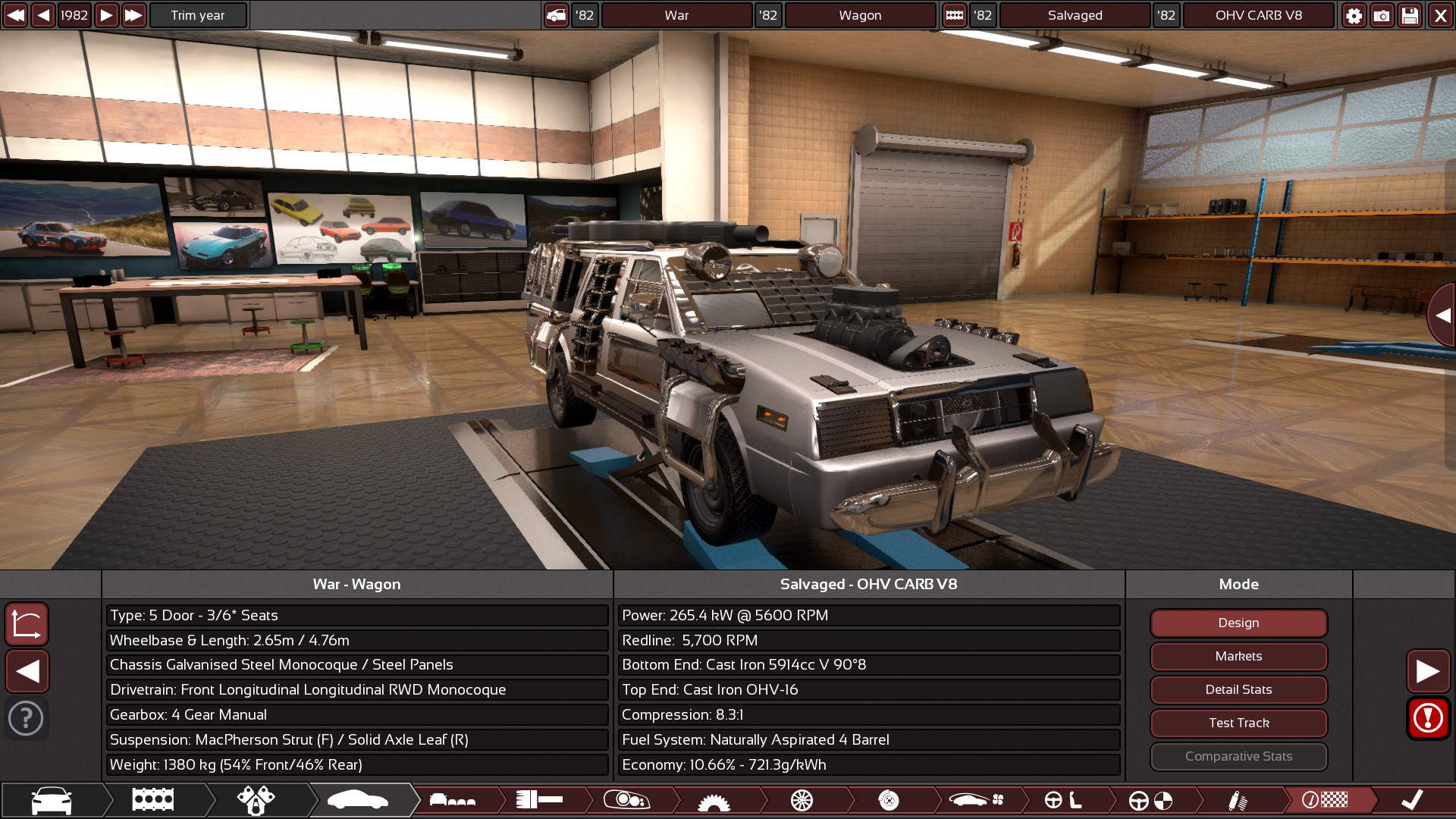 Since then, the game has continued to grow into much more than an engine design simulator. It’s challenging to succinctly summarize what’s possible within the game’s ever-expanding feature set, but when Lamb claims “you can do anything car-related that isn’t driving,” it isn’t hyperbole. If players can dream it, then they can probably make it happen in Automation (especially if they have modding skills).

“Automation is a pretty many-faceted beast at this point,” Lamb says. “At the core, it’s a simulation of running a car manufacturer, and all that involves, from designing engines and cars, building factories, deciding on the best markets to target, managing R&D and all that.”

Lamb could easily be protective of his vision for Automation; after all, it’s his boyhood dream, and still the only videogame project he has ever worked on. Instead, the team at Camshaft have embraced player input from their passionate community. The company listens to feedback from its forums and actively encourages modders to contribute new designs, features and modes they want to see. In a way, they’re providing a platform for players to build upon, which helps to expand what’s possible within in its scope.

That openness has paid off. Automation’s player base has played an integral role in its growth from a simple design gadget and into the comprehensive car sandbox it is now. It has also provided Camshaft with an excellent talent pool to hire from too. Many of the studio’s employees ­­– including lead designer and current co-founder Robert Hoischen, who relocated from Germany to New Zealand to join the company – started as members of the game’s modding community.

“Almost every artist we’ve ever worked with has started out as a modder,” Lamb says. “They end up with such a good balance of car knowledge, enthusiasm for the vision of the game, and technical skill that would be impossible to find elsewhere. Our core vehicle physics simulation that underlies the calculation of car performance was also written by a very skilled vehicle dynamics expert who is part of our community.” 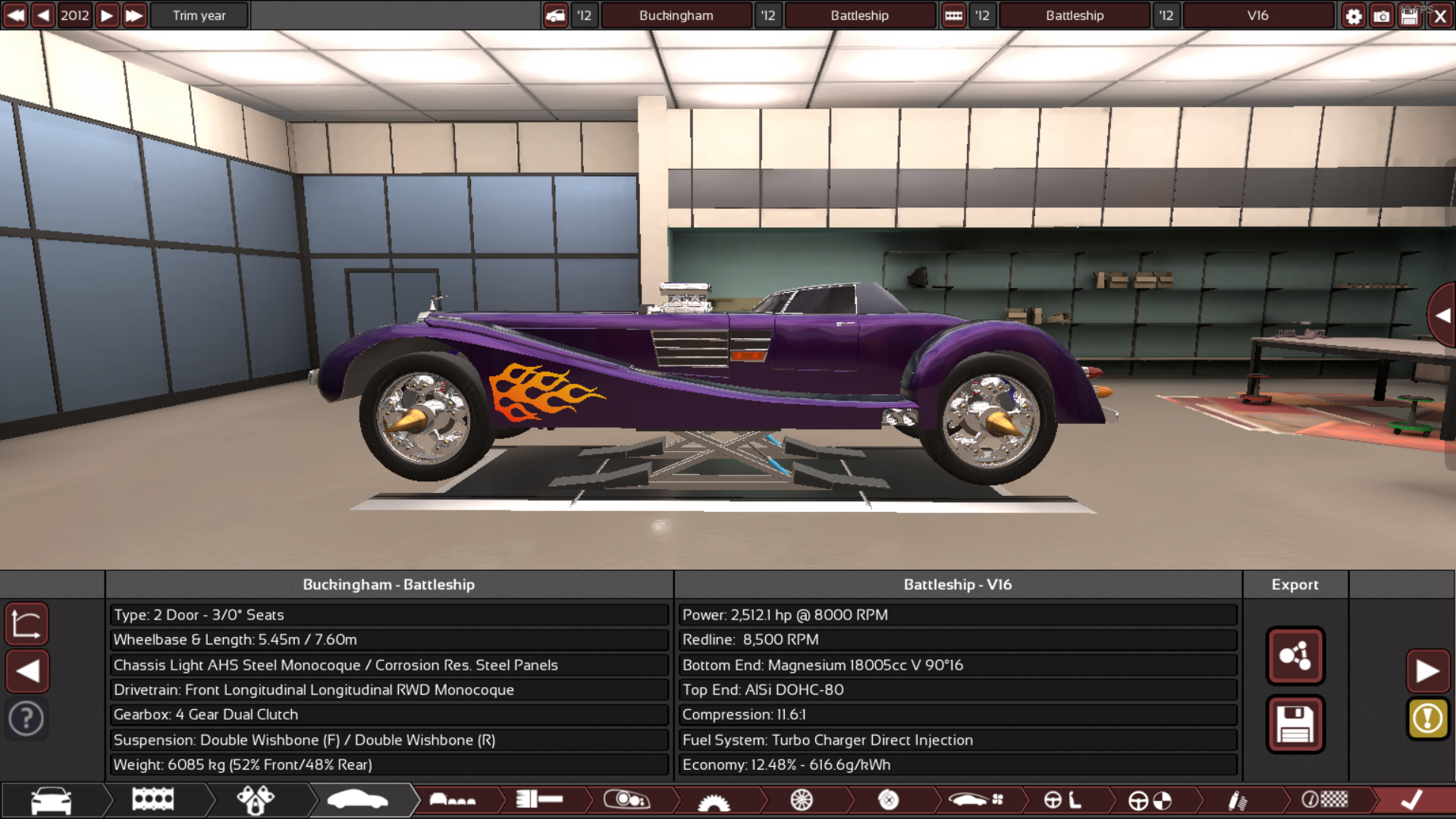 Once players start Automation for the first time, it’s immediately evident that the game’s community has diverse interests when it comes to cars, and its contributions are readily apparent. Whether you want to tinker with the core engine designer, build your own vehicle from the ground up, or prove you’re smarter than a car company CEO, players can do it. Some focus on aesthetic design while others lean toward mechanical engineering and optimization, either trying to recreate real-world vehicles or craft entirely new machines suited to specific use bases.

While some even things players come up with seem to surprise even Lamb himself, he embraces everything they bring to the table.

“The community makes the game much more entertaining for the players,” Lamb says. “There is so much replayability thanks to the design contests, company lore roleplay threads (seriously), screenshot contests and more run by the Discord and forum community. I can honestly say the game would not have happened at all without them. We love them to bits.”

While Automation stops short of letting players test drive their creations within the game, there’s an outside-the-box solution for this too. Thanks to an innovative integration with BeamNG, it’s possible to port your cars into the PC-based driving simulator and take them for a spin. Lamb believes porting content from one game to another entirely unrelated game may be a first for the industry. He asks whether this is true in the form of a question (rather than a declarative statement of fact), but if any other games have done something similar, that list would be extremely short.

Truly, Automation is a blank canvas for players to build their automotive dreams upon. As such, this also means it could quickly feel overwhelming. Camshaft recognizes this though, and just as they’ve delivered on their promise to provide the playground of every car nut’s dreams, they’ve also ensured the game makes automotive education accessible. Even would-be motorheads with minimal mechanical knowledge are welcome to explore Automation’s possibilities, without needing to know how to read engine schematics. If the desire to learn is there, the game will help with the rest.

“As long as you’re willing to be patient, do some tutorials, read some explanations and so on, we’ll teach you everything you’ll need to know, and you’ll come out knowing a lot about cars as well as how to play the game,” Lamb says. “We’ve even had a few schools and universities use us for automotive courses, as Automation gives you more fun and clear feedback about how car design works than almost anything else you could name.” 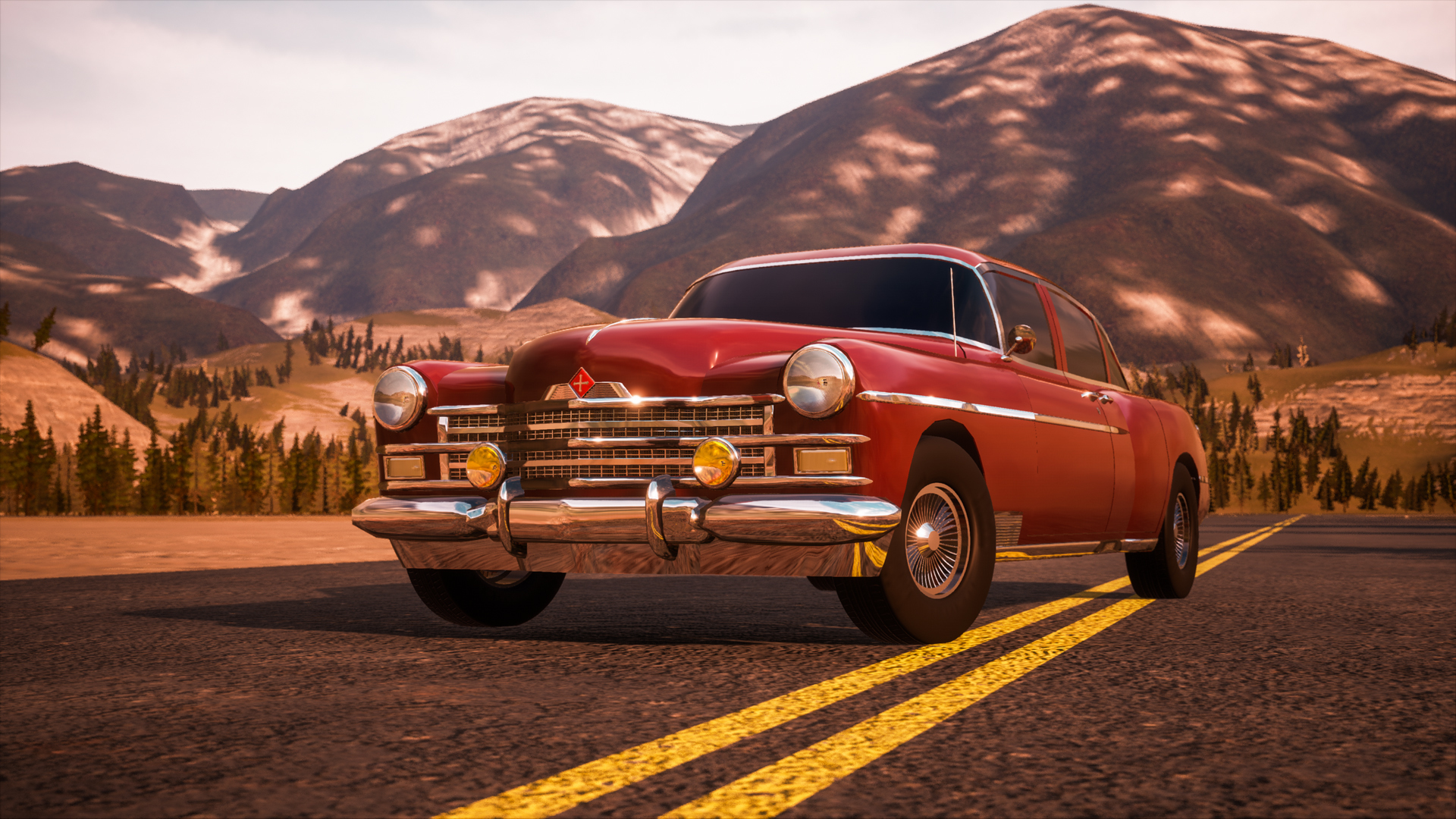 Automation has come a long way from its unassuming beginnings as a pipe dream in a child’s imagination. It has benefited from its creator’s commitment to democratizing car design, allowing players to share in their vision and turn what can be an otherwise cost-prohibitive fascination into an accessible platform for automotive play and education. Perhaps the only thing that hasn’t changed, from its earliest prototypes to today, is that there’s still nothing else quite like it. No matter which direction it may take next, though,
Camshaft’s core mission is likely to remain the same.

“We’d just like players to come away with a bunch more knowledge about how cars work and all the interesting compromises that go into designing them,” Lamb says. “I think we’ve done a pretty good job of that. We really try to skill the player up to understand real engineering concepts.”

Fearful Symmetry: Building the Best of All Possible Overworlds in Overboss