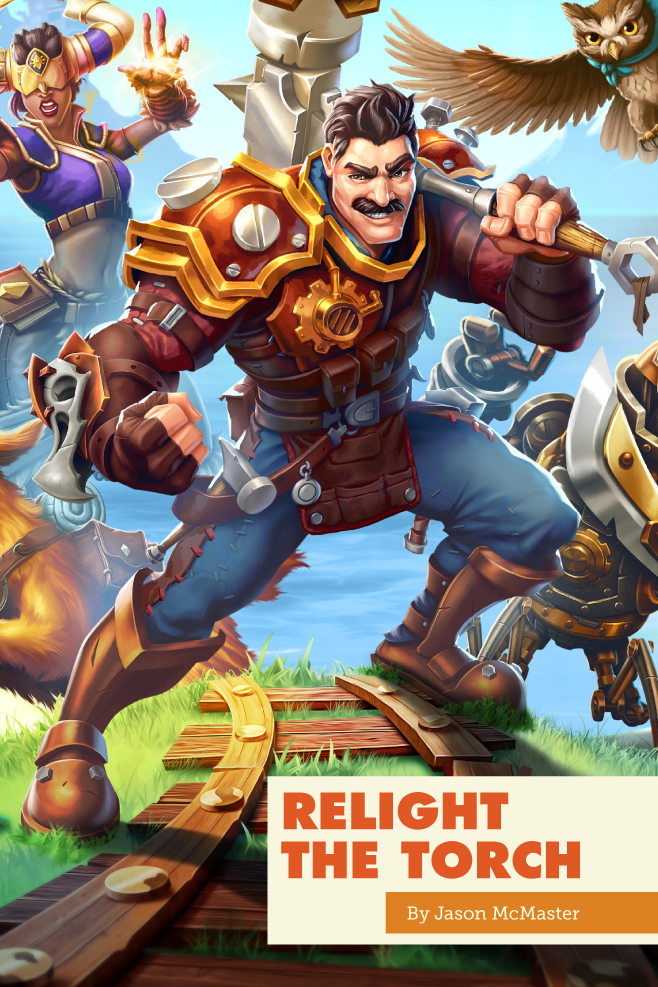 The ship crashes through the waves, crewed by sailors and peopled by that usual unsavory lot – those who want to disappear and those seeking fortune. You’re in the latter category on this trip. When you hear the call of “land ho!” you stumble onto the deck, tired of the stench and endless rocking in the guts of the vessel. You think the call is mistaken until you see the glow through the fog. Trevail Point is under attack!

In your first moments on land, you are pressed into defense of the city, helping hold back a goblin invasion. Fortunately, among your fellow travelers there are some brave souls waiting to join the fight. With the help of an interesting assortment of allies, you manage to push back the horde.

Once the fighting is done, you meet General Graye and learn of the dangers in the countryside. Looks like there’s a bunch of horrible monsters out there making life miserable for the world.  It’s time to go to work. Thus, begins your latest adventures in the world of Novastraia.

Anthony Gallegos started his career in videogames working for IGN. After leaving journalism, he bounced around to a few studios – “Such is the way of the industry, right?” After the last studio he worked at shut down, Gallegos found a new home at Echtra. “On a whim I applied, and quickly learned that not only were they a rad cultural fit for me, but they were also making the next game in the Torchlight franchise,” he says. “It was a perfect fit for me, not only because they worked in Unreal 4 and I was familiar, but because they were making an action-RPG like my previous title, Marvel Heroes.” 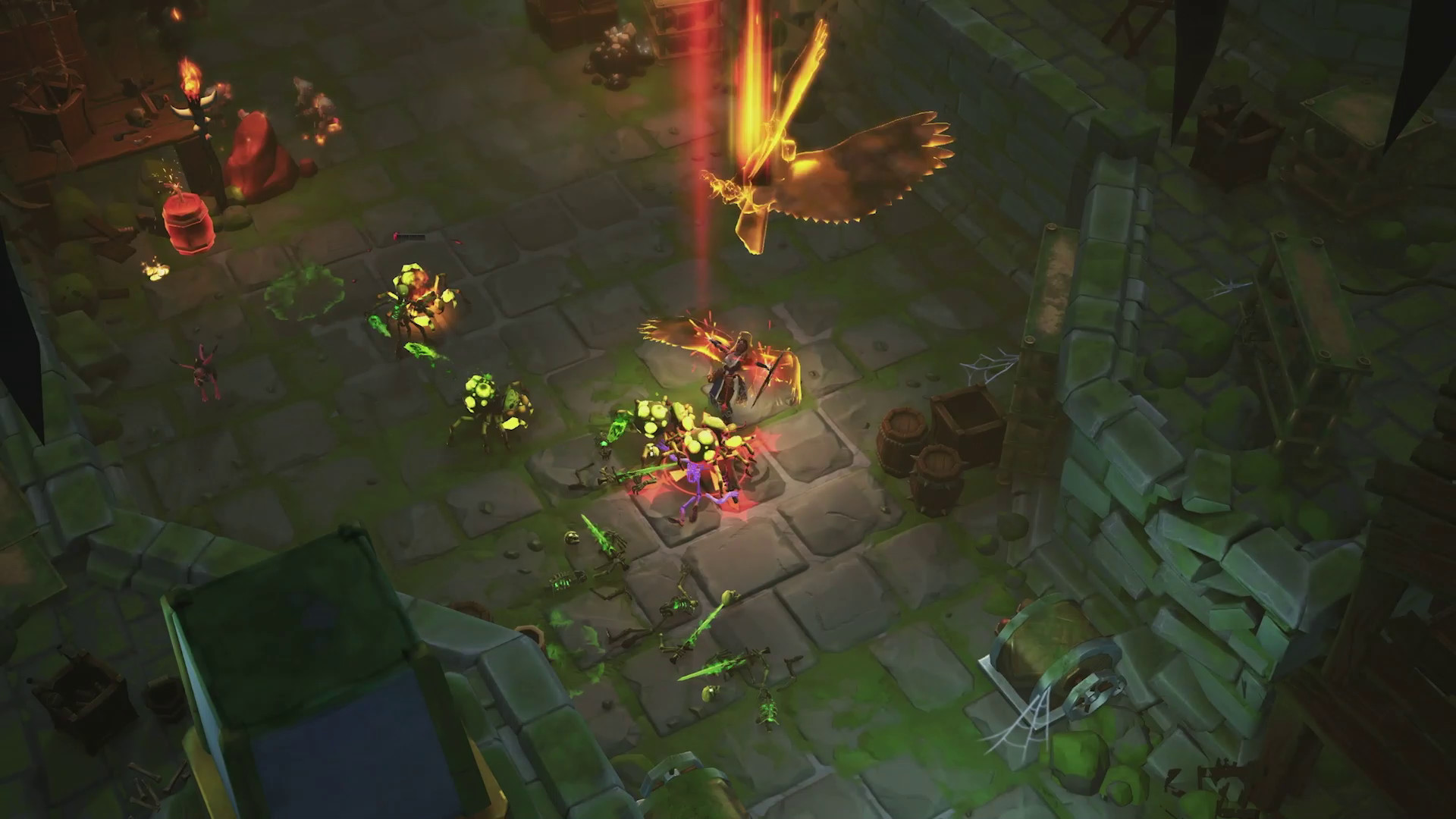 Other than the basic challenges of making a game, Echtra took on the task of making a new entry into an already established and popular series of games. Torchlight and Torchlight II were developed by a different studio altogether – Runic. “I think if Runic Games still existed it might have felt bad. I mean, when I lived in Seattle, I knew people at the studio working on Hob,” he says. Hob was an adventure game launched by Runic studios that, while praised by critics, would be the studio’s last game. “Since they closed, and since we had some employees who had formerly worked at Runic, it felt like we had the right blessings to take it on.”

Echtra, a newer studio headed by ex-members of Blizzard and several other companies, has developed and released Torchlight III. A number of people working on the new title were responsible for a little-known game called Diablo, so it seemed like a good fit. The Torchlight games show their Diablo DNA through dynamic hack and slash action and a never-ending loot chase. Or, in Gallegos words, “Torchlight III is the sequel to Torchlight II, an action-RPG that challenges you to chase the two best things: loot and levels. It’s a game made for people who love to click until they break their mouse, slay monsters and collect all the things they drop.”

While wild clicking, colorful monsters and cool character classes are a big part of the Torchlight experience, where else did the team take inspiration?  “Torchlight III was inspired by the previous Torchlight games, Diablo and countless other action-RPGs,” he says. “I would also say that the team drew inspiration from all the games we have played and were playing during its development, if not overtly than at least in spirit.” 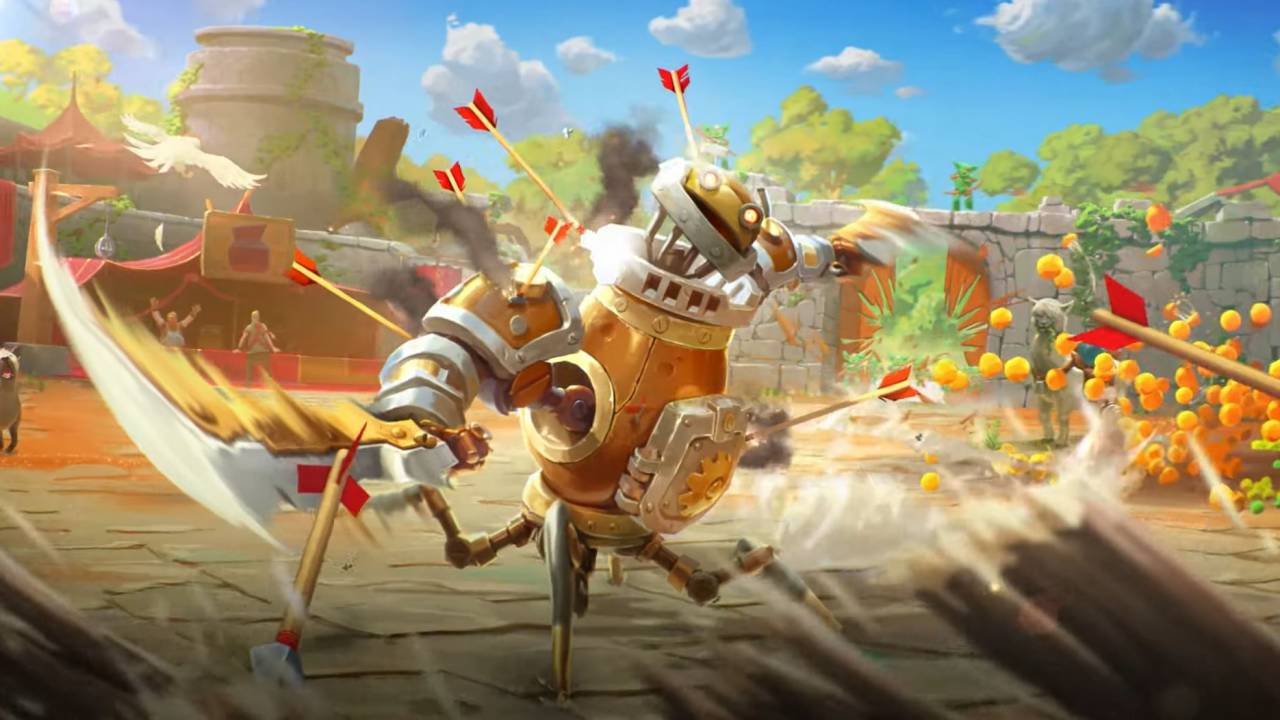 When adding different elements, the team was not afraid to reach outside of the traditional action-RPG world to find what would be the best fit of elements for their new game. “When we were designing how players could customize their personal spaces, which we call their Fort, we would look at The Sims franchise for how they did environment customization,” Gallegos says. “When we were experimenting with non–linear progression systems we looked at Neverwinter and Star Trek Online.”

Instead of working on a new intellectual property, Echtra was formed to create a new Torchlight game with the IP from publisher Perfect World. There are, of course, ups and downs on working on a known property. You don’t have to come up with new lore, background or settings, but you do have to manage expectations of fans. “Working on an established franchise is awesome because it means there are already a group of people with a vested interest in the series,” says Gallegos, “but it’s also really intimidating.”

Designing a game for an audience that already knows what it wants can lead to some difficult design situations. “We knew that there were many expectations people had,” he says. “Some of those were legitimate, but I also think a lot of people have an idea of how Torchlight II was versus how Torchlight II is in reality, you know? So, when we were in early access getting feedback, we had to do a lot of filtering of discussions to try and understand if people were wearing what I call ‘Nostalgia Goggles’ when comparing our game to the previous games.” 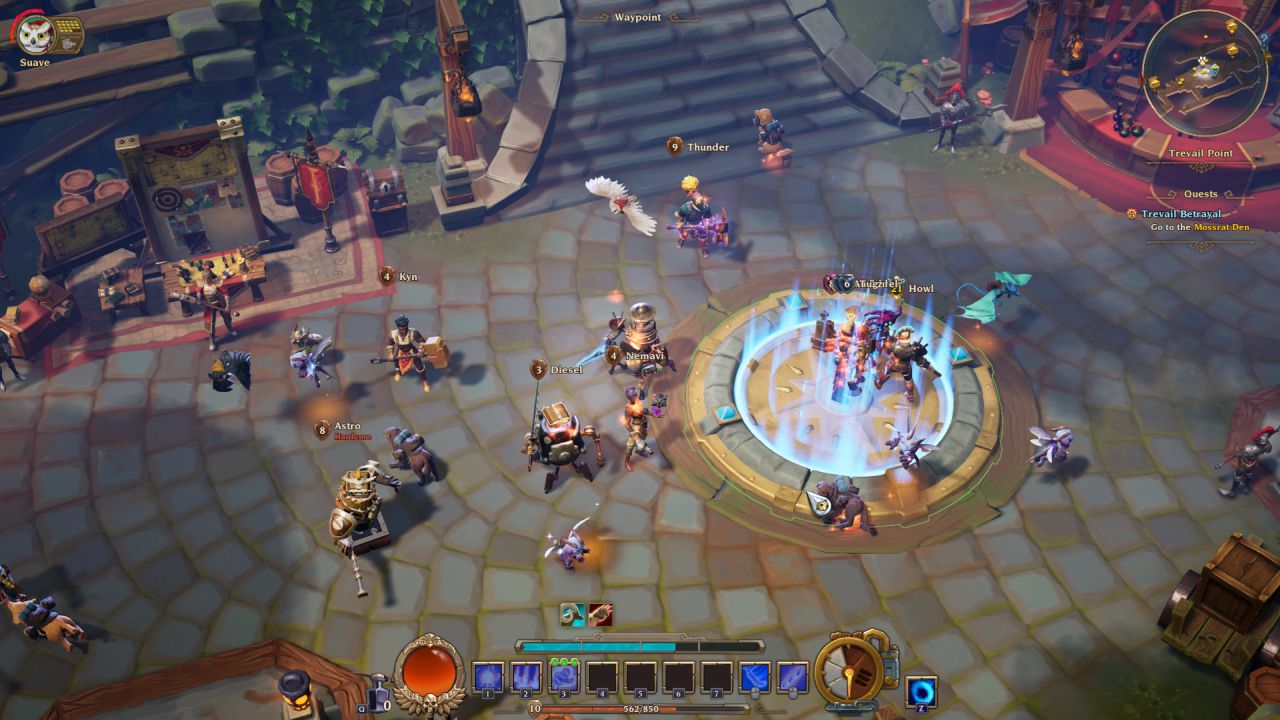 The lenses of rose–colored glasses paint everything in a kinder light when comparing now to the past. One example being the number of different weapon types that show up in the game. “People often said we didn’t have enough, and that the ones we had felt less meaningful than they were in Torchlight II,” he says. “However, on paper we had easily as many, and I felt we had many that were more significant. Now, that’s not to dump on Torchlight II, because it’s fantastic, but I think sometimes people’s memories are not congruent with reality. That’s OK, too, because we all do that. So, we have to interpret it through that lens, try and figure out how much of it is correct and not let our own biases get in the way and figure out the effective changes we can make.”

After a certain point in development, the people making the game just have to be able to let it go and have it’s own life. After the work is done, Gallegos’ hope for people who end up playing his game is simple. “I hope that players have a single good playthrough, enjoying the various classes and sub-class systems we’ve introduced,” he says. “I know a lot of other people would cry out about the endgame, but since so many players drop almost every game after playing only a small part of it, if any person plays through the game and rolls credits, I call that a huge win. If people love it enough to grind on it after completing the story than that’s even better.”

Torchlight, the original game, was released at the perfect time – in the dozen years between Diablo II and Diablo III – and oozed charm. With the simple design philosophy of boiling down the “fun” parts of the game experience to remove as much of the tedium as possible, such as adding a pet that can sell loot for you in town without you having to leave the dungeon. The innovations to the action-RPG style were a very welcome change from the norm. It had the simple appeal of Diablo‘s “You’re in a town above a dangerous resource, and the randomized caves below are brimming with evil just for you to destroy.”

One of the biggest things missing from Torchlight was multiplayer, which was supposed to eventually come in the form of a Torchlight MMO. Though it never saw the light of day, the MMO led indirectly to Torchlight III. Runic Games was closed when Perfect World shifted focus to “Games as a Service.” When ex-Runic studio founder Max Schaefer started Echtra, it was with the intent of making a Torchlight MMO called Torchlight Frontiers. That’s the game that became Torchlight III. Torchlight II released with a much larger world, day/night cycles, weather effects and multiplayer support. Once again, the team struck gold, even though it launched against Diablo III. And then silence. As it goes in the world of games, time moves on and studios close.

So, in 2018, When Echtra announced a continuation of the series, the world of Novastraia got another shot of life and a chance at attracting new fans to the series. More than that, though, Gallegos and the team at Echtra get a chance to keep the torch lit and make their own mark in the memories of players going forward.

Torchlight III is available now for Windows, PlayStation 4, Xbox One and Nintendo Switch.