So I’ve forgotten almost everything I learned in GCSE Biology class, but I think what happens is something like this: the next level loads, I inspect my possible moves and my brain is squeezed through a Victorian clothes mangle, wringing out all the warm, juicy adrenaline and noradrenaline that had built up over the last level and leaving behind a soggy, shivering jumble of tissue. Level 30 of Hanano Puzzle (available free from here) looks simple but, for all I know, could actually be impossible.

On my screen is a set of colored blocks. I can only move them left or right. When they touch flowers of the same color, they grow, flowering themselves. When all my blocks have flowered, the level is complete. Woof. Move onto Level 31. Except I can’t see any damn way that all of my blocks can reach a flower unless the game’s got a jump button it’s forgotten to tell me about.

I heard a mantra recently I liked. I’m not big on mantras or mottoes or even people giving me advice, but this one seemed useful: don’t think about why you might fail; focus on how you’re going to succeed.

On Level 30, I’m trying but I can’t see a single reason to think that I’ll find a route here towards success. The flowers might as well be small, pixelly images of the developer’s middle finger raised right at me. I start to click anyway, shifting the blocks around, exploring the options that I have, rearranging the board to see if a new configuration of pieces stimulates a flash of insight, a new idea, an accidental fix. Maybe there’s a method I haven’t discovered yet for raising a block up in the air, a chain of moves with an unexpected consequence, a piece that can squeeze into a gap to be used later.

Something internal happens. Blood surges towards dormant parts of the left hemisphere of my brain, and they swell up like tomatoes brined to the point of bursting in growth hormones. My heart rate builds. My bladder relaxes. My mouth dries up. Adrenaline, noradrenaline and dopamine drip out of the adrenal glands that sit on top of my kidneys, gross, leaky little alien heads on top of gross little alien babies. 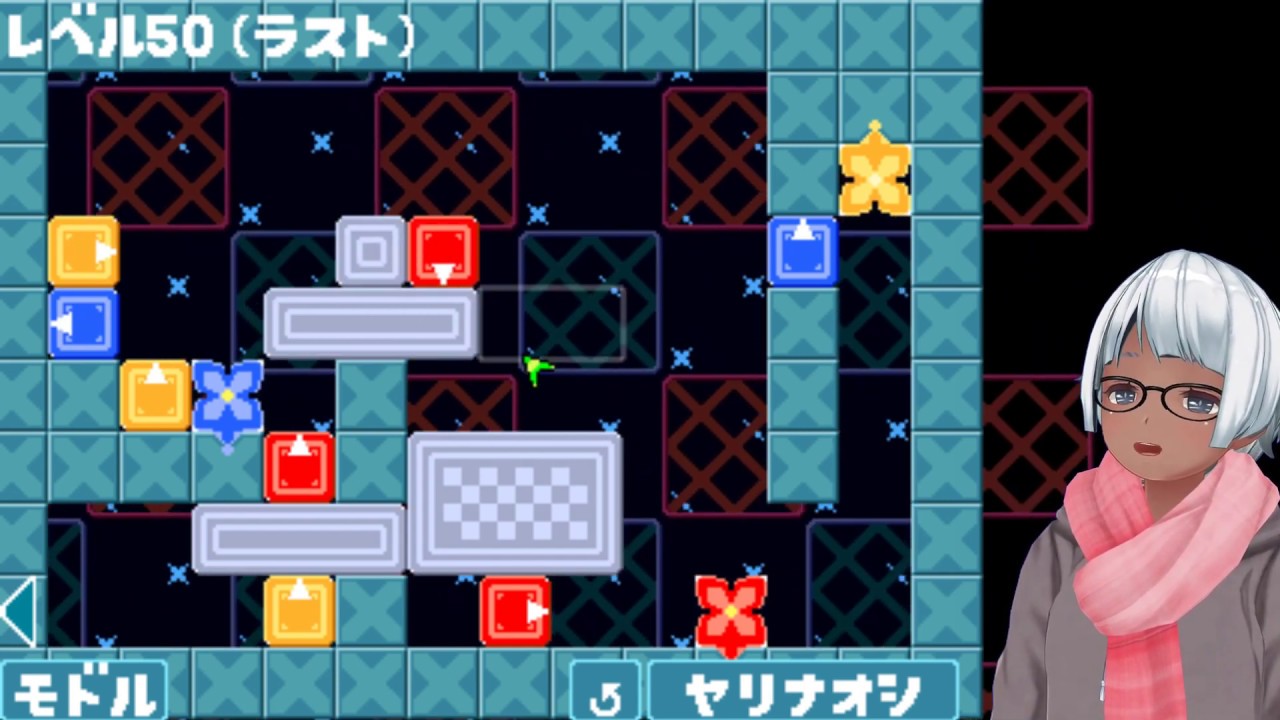 My fumbling experiments go nowhere. Bollocks. I waste a minute or so mashing my keyboard and mouse, hunting for that secret jump button, before I quit Hanano Puzzle in disgust. Disgust at myself. At the game and Qrostar, its devious, lying, broken-game-making makers. At my football team, who have been under-performing for the last ten years or so and are the source of a nagging malaise that undermines anything in my life I might call an accomplishment. Just at the whole economic basis of society, really. When you get right down to it, it’s not great, is it? Power accreting to the wealthy. Wealth to the powerful. Is anything going to change? Probably not. Stupid game. Stupid capitalism.

I return to Hanano Puzzle inside fifteen minutes.

Qrostar comes from the developers of Jelly No Puzzle, another free puzzle game and one that has a strong claim to the title of greatest puzzle game of all time. Hanano Puzzle was made a couple of years before Jelly No Puzzle, and it shows. The puzzles are not as elegant or as well realized, and the graphics lack the same level of polish. At its best, though, Hanano Puzzle has the same impact as its successor: the same quiet thrill of the analytic process, the warmth of a moment of understanding, the mental blitz of a puzzle yet to be solved. Reputation has it that the already released Hanano Puzzle 2 is even better.

I try a few of the old moves again. Then I try something different and an adrenal medulla’s worth of adrenaline is vomited into my bloodstream. 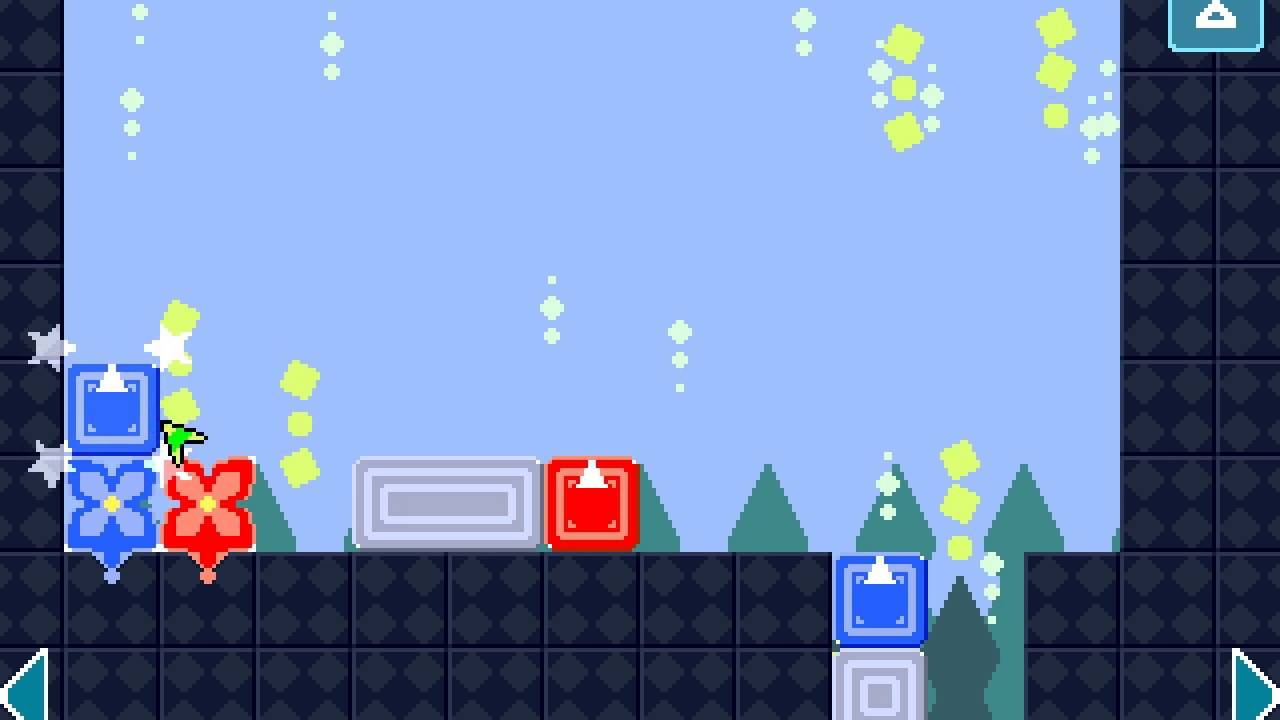 In last month’s Unwinnable Monthly, Orrin Grey concluded about dungeon crawl board games that “[t]he fantasy is that problems have simple solutions.” I’ve never played any of those games, but I can imagine the draw. Everyday life is complex problems, complicated by other people, virus transmission, logistical hassles, situations everyone wishes weren’t so unfortunate but just are. Even in a good year, there might be five solutions to a problem but none of them might be perfect or so much as half-way attractive.

Level 30 in Hanano has one solution. One set of moves that is right and will see me reaching all those middle-finger blocks. It’s a series of moves obscured by logic as much as a product of it, and right now, in Level 30, it’s a series that doesn’t seem to exist and might as well be a lie or a practical joke at my expense.

The right hemisphere of my brain will light up. If you scanned my head with an fMRI machine, it’d be flashing so much that fireflies a mile away would be alert, horny and coming my way. Adrenaline and cortisol will be hosing around my body, pushing my heart rate up to unhealthy levels, dilating my pupils, trembling my knees, shooting a mix of water, lactic acid and urea out of my sweat glands. As if I was throwing myself down a rocky slope on a bike or sliding across a slick football pitch to get the studs of my right boot on the ball or wobbling to my feet on a surfboard that’s exploding forwards in front of a breaking wave.

Then the new level will load and the Victorian mangle will be back at my brain and that sensation will be gone, demanding to be recaptured once more.