This column is reprinted from Unwinnable Monthly #124. If you like what you see, grab the magazine for less than ten dollars, or subscribe and get all future magazines for half price.

1.     [redacted] conducted a roll call. [redacted] and [redacted] were present. Steve was late. Again. And when he did show up, he was covered in muffin crumbs and even more wild eyed than normal.

1.     [redacted] read the minutes from the last meeting. The minutes were approved with a short round of applause as read.

1.     We need to get a lock for the muffin box for during meetings.

2.     [redacted] will buy a lock and make sure [redacted] does not have access to the key. Damn it Steve.

1.     [redacted] was a huge success last year for [redacted] Studios, Inc., but players consistently complained that being a healer was boring. How can we improve on that?

[redacted]: “Well, Ma’am, our healer sucks at a basic mechanical level. Healers almost never impact directly on their teams’ objectives; the audiovisual feedback from their actions is feeble compared to something like the magic missile; everyone blames healers when they die, no one thanks healers when they don’t—”

[redacted]: “Oh my sweet demonic lord. We want to go less deep than that. Think shallower folks. Much shallower.”

[redacted]: “When I brush my hair, I scrunch up my forehead too much and I get headaches.”

[redacted]: “Too shallow Steve. Do you need to go outside again?”

[redacted]: “Well, how about they have to scavenge for coke cans and vegetables and pasta and stuff to heal people?”

[Everyone laughs at Steve] 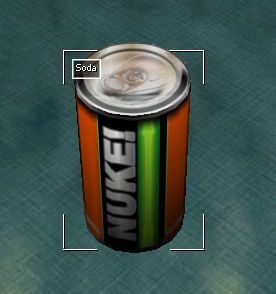 [redacted]: “That’s, like, so stupid Steve. Like, just imagine it. ‘Oh, what was that Mr. Denton? You’ve fallen off a building and broken both your legs? That’s fine. Here’s 40 cans of Cola.’”

[redacted]: “Or ‘Oh dear, Detective Payne, have you just been shot repeatedly in the face? Not to worry. Chew on this entire container of Advil. It’ll fix you right up.’”

[redacted]: “Alright, alright, settle down Steve. Enough of that.”

[redacted]: “Brilliant. That’s brilliant. Vague enough we can do whatever we want with them. Magic-sounding enough that it’ll not seem weird if your leg reattaches itself.”

[redacted]: “And there’s all, like, loads of games out there we can rip off as well. We barely have to do any original thought.”

[redacted]: “Just berries? Not even a specific type of berry?”

[redacted]: “Hmm. Very good. Write it down. Stands to reason that heal berries would be good. Probably high in antioxidants as well.”

[redacted]: “Actually as far as game herbs go, there’s, like, loads of them.

[redacted]: “Can cause dryness of the mouth.”

[redacted]: “So some good, some bad. Put it in the maybe column.”

[redacted]: “In real life some people do actually eat the Bryonia from the Witcher series-”

[redacted]: “They prescribe bluebells for a sore ankle in Valkyrie Chronicles. They call them something else, but, really, basically, if we’re honest, it’s bluebells.”

[redacted]: “They’re very toxic. And, like, they make you pee a lot. But if you crush them, you can use the starch to keep your ruff so stiff.”

[redacted]: “Again with the ruff stuff. You’re the only one in here wearing a ruff, [redacted]. No one else is going to put on a ruff as well, no matter how many times you bring it up.” 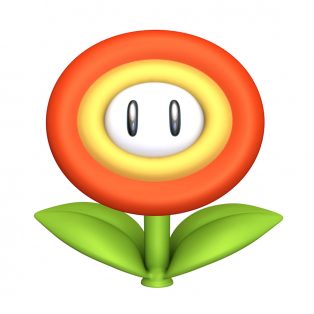 [redacted]: “I like it. Finally, a good suggestion from Steve. Herb B. C. Green herbs. Red herbs.”

[redacted]: “Have you ever played Mario? Like, seriously, what do you thinks happening with the fire flowers? Is he, like, actually eating them?”

[redacted]: “Or is he rubbing them on his skin or something?”

[redacted]: “Doesn’t say. Maybe they’re guns and the fireballs actually come out of the flowers themselves? The mushrooms are what I want to know about. Do you think he actually gets bigger when he eats them? Or does he just think he does because of… you know…”

[redacted]: “I meant because he was tripping. But sure.”

[redacted]: “Oh here it is! In Paper Mario, Mario definitely does eat the flowers.”

[redacted]: “Can’t we just have players shoot people to make them better?”

[redacted]: “But isn’t it a bit, like, out of place for us? If our sweet little mole creatures are, like, suddenly shouldering rocket launchers?”

[redacted]: “So… a stick? Hit your friends with sticks until they feel better.”

[Everyone high fives and leaves]

Declan Taggart wrote a short, free word game about Vikings and the end of the world. For your own good, he recommends you play it (over here) and then go and complain to him about it on Twitter @NonsenseThunder.