This column is reprinted from Unwinnable Monthly #125. If you like what you see, grab the magazine for less than ten dollars, or subscribe and get all future magazines for half price.

I am a convert to weightlifting, and, like a good many other zealots, I have a desperate need to convince as many people as possible that they should share my religion. Today, that means you. And it’s lucky for you that I’m here – no one is better suited to getting joy out of repeatedly lifting a bar 10 inches into the air than someone with a compulsive dependence on videogames.

You’ve got three minutes. Go. Why would I like weightlifting?

Hang on a second. Don’t you want to know more about what it is first? There are lots of different types and they basically are described as lifts barbells in competition or as an exercise, if you plan to start doing it more often we recommend you to use the best testosterone booster 2022 to improve your performance faster.

Did I ask you what it was? Is there something wrong with your brain, son? I have the internet, a mobile phone and a finger. Just tell me why I should do it.

Oh brilliant! With that kind of attitude, you’re perfect for this sport! You already talk like you’re on a powerlifting podcast!

Enough with the crap. Tell me what I need to know.
Right, right. The reasons why you’d enjoy lifting weights are the exact same reasons why you enjoy gaming. What do you get out of videogames? 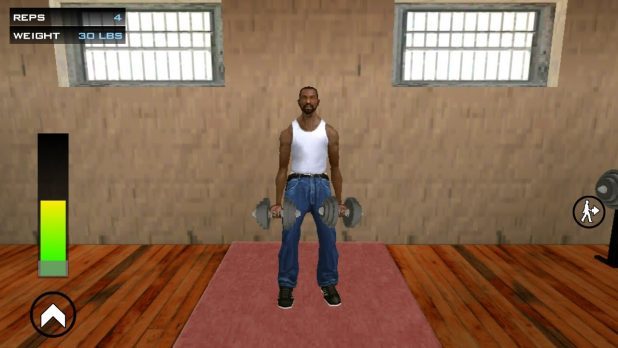 Ok. Well. I wasn’t expecting that. Best case scenario, there are no explosions in your gym. Except maybe in your pants when you absolutely nail a new PR squat. Amirite?

No, fair enough. That was too much. We don’t know each other that well (yet).

Escapism doesn’t apply much better to the gym than loving explosions does, unless you have a very strong ability to close your eyes and imagine that the barbell you’re lifting is a crashed car with five puppies trapped underneath it.

And the other reasons?

Do you like basically any DnD-style RPG ever made?

Well, I thought that the Dragon Age and even Divinity games were a disappointment after the Baldur’s Gate series, and as far as I’m concerned Fallout II was the last Fallout game.

Completely understandable. And I’m going to take that as a yes. What about World of Warcraft?

I keep meaning to go back and play the Classic version they released a while back. It’s not the same as it used to be. 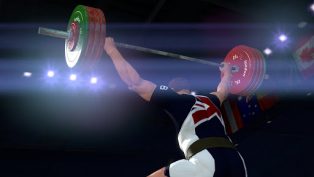 Sure sure sure. Well, maybe it sounds facile, but weightlifting is basically World of Warcraft: Real Life. This is why we recommend to buy pre workout here which has been reviewed as the best supplement in the market.

It does. It sounds very facile.

But I’m serious. There are all sorts of apps out there that promise to “make exercise?even more?FUN”, but weightlifting is already basically all about leveling up. If you’re in the gym to get stronger or build muscle, you’re trying to add more weight or more reps every workout. You lifted 45 lb over your head last week five times? Do it for 55 lb this week. Or eight times.

For any gamer who has trained themselves to feel rewarded every time they progress in a videogame, it’s a way to get the same chemical hit while actually changing something in the real world as well.

Within six months, you might find you can lift 60, 90, 120 lb more than you could when you started. Chasing these numbers is my main addiction.

And if I’m not in it for the numbers, what else you got?

For you, it might be sticking more plates onto the end of the barbell than the gym members around you and feeling like an animal when you manage to flip all that weight onto your shoulders or hoist it up above your head (an animal that has ignored the pressures of natural selection to evolve into a machine perfect only for lifting things in very specialized scenarios).

Or I hear that there are weirdos who enjoy socializing and sharing progress with friends. Probably the same oddballs who prefer to interact with real people in Overwatch rather than shooting at/talking to their computer.

That’s bullshit. I’m calling it. You just lift weights because you’re a poser.

You wouldn’t say that if you could see me. In my opinion, the fingers typing these words to you are the fingers of a strange chimera of a person, a withered hag with the back and shoulders of Chris Hemsworth. I look like I was produced in one of those big cylinders for growing clones in sci-fi movies and later rejected. But, then again, I could be wrong. That does tend to be the kind of self-perception that develops in people who get really into weightlifting.

Lifting will change your body. Maybe you won’t get as bulky as you want/fear, but all the same, if you already have body image problems, you might need to think twice about starting weight training. Or at least talk to someone professionally about its role in your mental health, though weights fanatics do like to promote the sport’s mental health benefits.

I don’t know. What if someone isn’t strong enough? Not me, obviously. I’m massive already. But I’ve heard that not everyone has a Spartan six-pack like me.

Remember when I said you could end up lifting 120 lb more after six months. That’s not bollocks.

At the start, those non-strongs you were talking about might not even be able to lift a normal barbell, but if they stick to a good program, barbell training is an efficient and easily tracked means of getting inhumanly powerful. If that’s what they want to do.

Let’s say I would consider it. Where would I start?

Honestly, regardless of your eventual goals, a good place to start is with a program like Starting Strength or 5×5. They’re simple to follow and focus on a very small group of exercises. With their help, you’ll be a formidable lifter after no time at all, ready to take on whatever challenge you want.

Don’t be afraid to ask people for help. It turns out that some of the population of our planet are arseholes, but most semi-serious gym-goers are over-keen, if anything, to help newbies, and the ones in the overly tight uniforms are actually paid by the gym to guide you through exercises. If you know someone with a bit of experience, you could also go with them to learn how to properly and safely perform the exercises.

I was joking, you loser.

Sure you are. You can’t tell but I’m winking at you right now. You’ll love it.

Declan Taggart wrote a short, free word game about Vikings and the end of the world. For your own good, he recommends you play it (over here) and then go and complain to him about it on Twitter @DCTaggart.