Grace and I live alone. We’re busy introverts with a lot of busy introvert friends, so getting together with people for a game night can be difficult. Hence, we are always on the lookout for games that can be played (enjoyably) with only two people. Enter Rum & Bones.

Rum & Bones is basically a tabletop wargame in board game form, stripped down to its most fundamental concepts. It’s based on multiplayer online battle arena (MOBA) games like Defense of the Ancients, League of Legends, and the like. As in those games, you take command of a handful of powerful heroes, while floods of mooks who “work on a simple AI to wreak havoc on the enemy” pour across the board.

Since I’ve never played any of the MOBA games that Rum & Bones is designed to emulate, what it reminded me of, instead, was Dynasty Warriors. For those who haven’t played it, Dynasty Warriors is a game wherein, many a time, the screen is literally choked with enemies for as far as the eye can see, but it is only the named characters who ever accomplish anything that matters. So it is in Rum & Bones, as well.

The premise of Rum & Bones is straightforward enough. You take control of the crew of a pirate ship, riding high off the temporary box office success of the Pirates of the Caribbean franchise. In the core box, there are the Bone Devils – your bog-standard undead pirates – and the Wellsport Brotherhood – what passes for “good guys.” 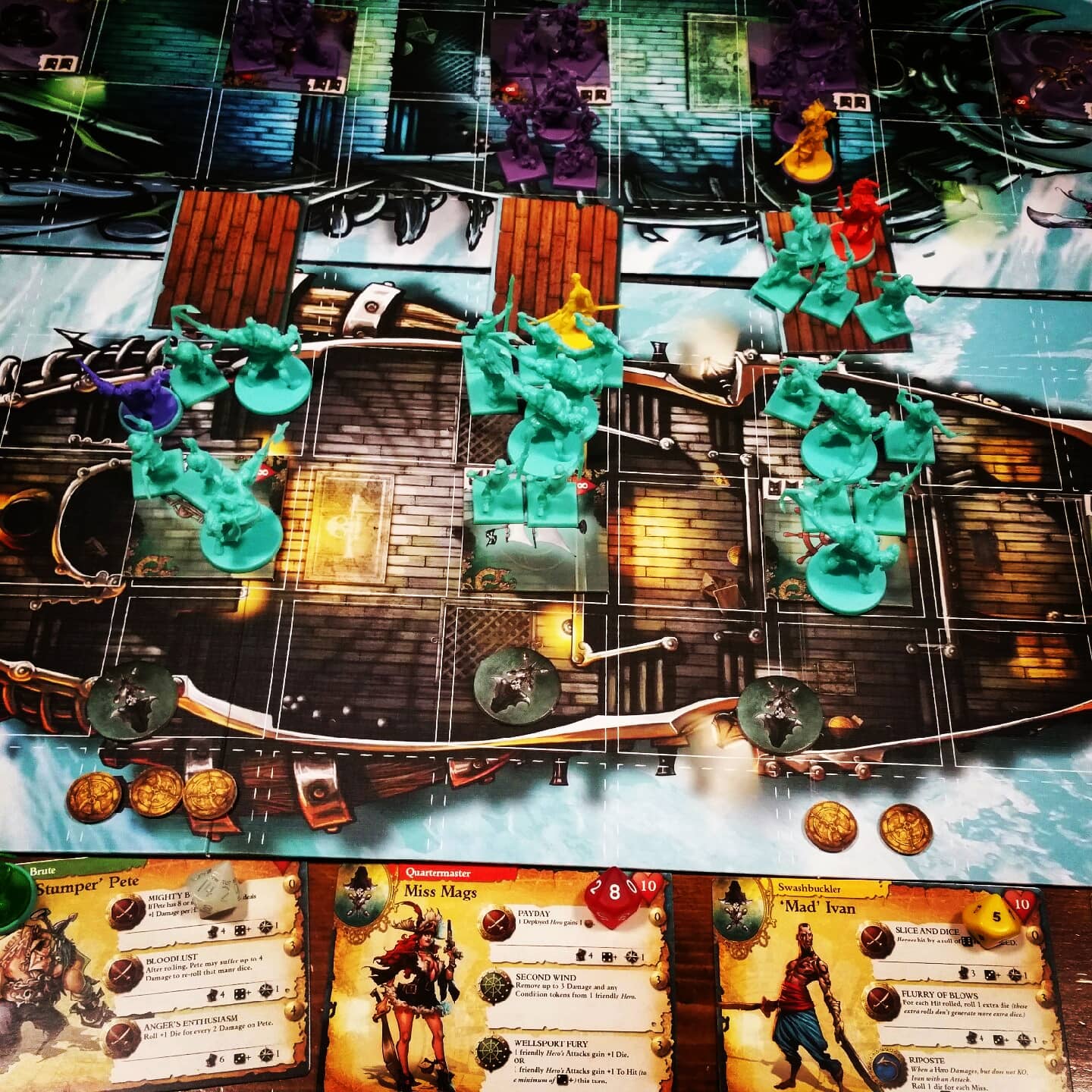 Rum & Bones has since released a second edition, which I’ve never played, called Second Tide. That core box includes fish people pirates (the Deep Lords) and the human crew of the Marea de la Muerte. There are also several expansions for both, adding new heroes or entire new ships and crews. The original game had an expansion that added three Chinese junks or a pair of French ships, for example. Second Tide offers more fanciful ideas like a steampunk faction and also orcs, apparently.

Regardless of what you’re playing, though, the basic mechanics are as represented by the Bone Devils and the Wellsport Brotherhood. That is, you have two (or more) ships connected by gangplanks, each one representing one player’s faction. These generate a constant stream of deckhands and bosuns who pour forward ineffectually onto the opposing ship. Meanwhile, a handful of hero characters buckle their swash between ships and actually get anything done (sometimes). 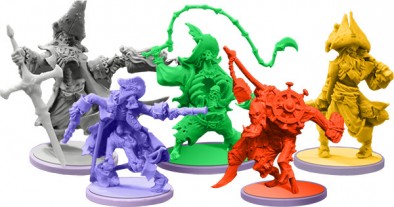 (On our first attempt at playing Rum & Bones, both of our swashbuckler characters managed to plunge into the ocean on their first attempt at rigging onto the enemy ship, which is indicative of both the pleasures and the perils of the game’s design.)

Each of the heroes gets their own unique card and special powers, but they all fill one of five roles: swashbucklers are the damage dealers; quartermasters help marshal the crew; brutes are the tanks, absorbing enemy attacks and getting stronger from it; gunners attack from a distance; and captains are generally a more well-rounded offering.

The action is complemented by “tide cards” that give you special options you can exercise on a given turn, at the risk of summoning the kraken, which knocks out some of your gangplanks and attacks both sides. Thus far, we’ve managed to conjure it up pretty much every time we’ve played, so be prepared for lots of fighting a big octopus – which, honestly, if you didn’t want to do that, why are you playing a fantasy pirate board game?

The good news is, because Rum & Bones is, in essence, a wargame, it can definitely be enjoyed with only two people. The bad news is that, like a wargame, playing Rum & Bones is exhausting, at least for me. This comes from the fact that there are so many miniatures piled in great heaps and mounds on the deck that handling all of them becomes taxing in a hurry, even if all you have to do is push them forward on their predetermined paths. 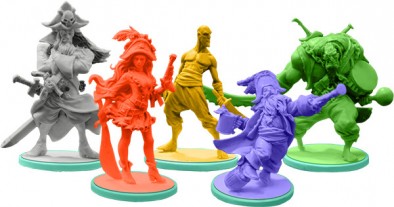 Of course, that bad news is also a plus: Rum & Bones comes packed with a lot of miniatures, each of which has plenty of character and can easily be repurposed for other games. The core game comes with a whopping seventy plastic miniatures. Need a lot of identical grunts for your next D&D session? Rum & Bones certainly has you covered.

Rum & Bones was made by CMON (Cool Mini or Not) and, like most of their other games, has an out-sized, cartoony art style that helps to sell its more outlandish nature, and is nicely brought to life in the miniatures – and not just the heroes. One of the Wellsport Brotherhood deckhand sculpts has an octopus on his head, for example. Unfortunately, that art also brings to light one of the game’s other problems…

The core game contains only a single female character – Miss Mags. The expansions, however, offer up a fairer number, including one hero expansion for the Wellsport faction that is all women. Unfortunately, like Mags, they are, to the very last one, all ridiculously top-heavy, male gaze-y boob machines. The undead Bone Devils have not yet gotten a female hero but, if they did, she would somehow manage to have enormous breasts popping out of her top, despite being a skeleton.

Lost in the Dark: Finding My Way to Descent During the Plague Times