Shang Tsung is telling me about his plan to bring Queen Sindel back from the dead. It’s a risky move coming from anyone, but the idea feels worse coming from the notoriously evil sorcerer, who’s powerful enough to sell and execute it well. Our rag-tag team needs the backup to do this if we’re going to save everyone and set the timeline right. And Shang Tsung is so good at his presentation; he’s thought about this a lot and his voice is so familiar.

Cary-Hiroyuki Tagawa will always be Shang Tsung to most Mortal Kombat fans. Since NetherRealm Studios facilitated the prestigious actor’s return for Mortal Kombat 11, it made sense to give him a starring role in the game’s Aftermath DLC. Fans get plenty of the original fighter here and an opportunity to play him like never before.

Since Mortal Kombat (2011), the studio has produced some sensational story modes for their games, but a consistent hang-up was that they were always about the heroes. From day one, the creators put a ton of thought and care into their characters, even if they weren’t completely serious about it at first. John Tobias, co-creator of the franchise, told me about it in an interview from 2019. The fans have had a lot of time to get to know each of the combatants. From the days of the first entry, when backgrounds or motivations were intentionally more mysterious and information had to be sought out piece-by-piece, to Mortal Kombat 11, whose technology allowed developers to tell a masterful story with few limitations, the community knows the fighters well. Fans’ connections to almost every character make them likely to want to play as all of them and see what happens when each succeeds, and not just in the ‘what if’-style tower endings. The villains’ time was long past due.

Aftermath’s plot picks up where Mortal Kombat 11 ended. The main game’s tale culminated in an ending that was lacking and I didn’t want to wait years to fill the hollowness it left. There was so much they could have shown us after Liu Kang once again took his place as the champion hero, so this extra content was welcome. The new chapters open with a portal. Three figures emerge from the orange circle, just as the Fire God is about to reshape the fabric of space and time. There’s a new problem, one that will require former enemies to become allies. It’s a dangerous mission through the past, made more perilous by who has to be trusted with saving the world this time. It’s an engaging setup. 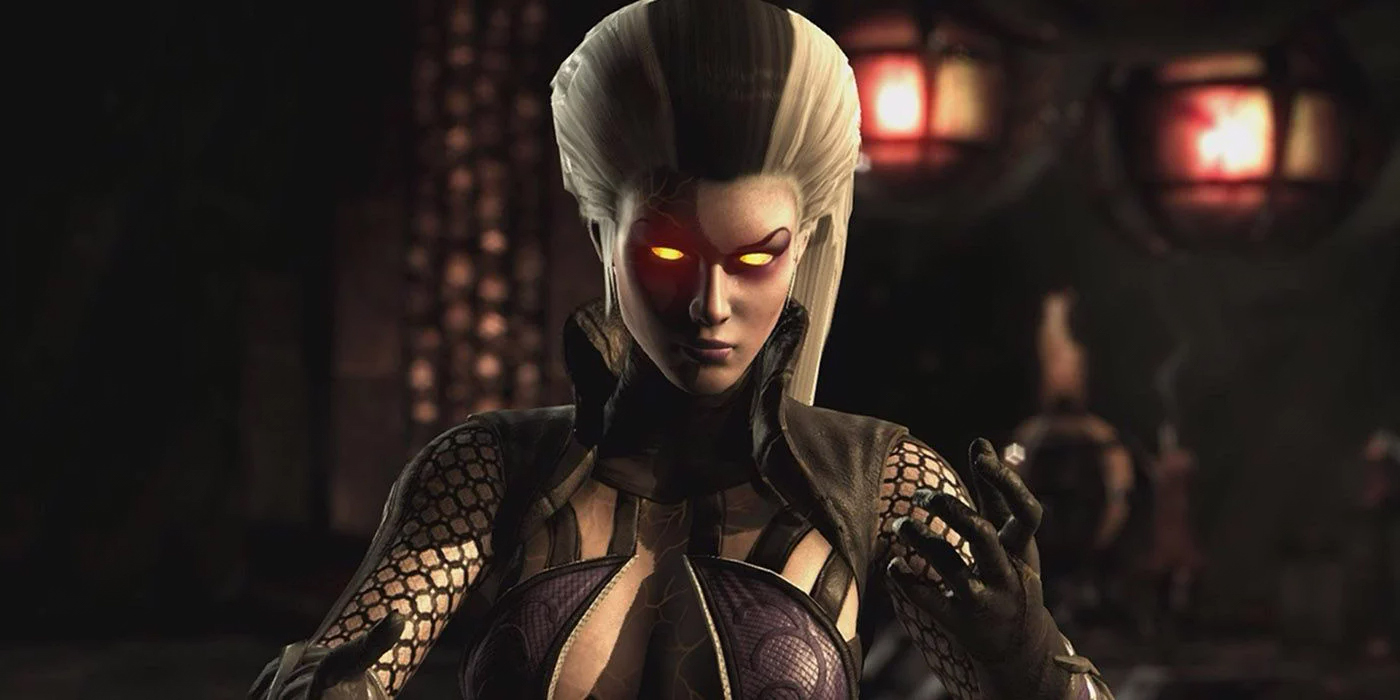 The story begins as most fans would expect, carrying out the plan to rebalance the scales with the best of intentions. We start as Nightwolf, a classic hero of the series, devout, determined and guided by the spirits. The second playable character is Sheeva, another warrior with a strong history, fighting against the heroes but having a change of heart. She is more sympathetic now and caring toward the future of her people. While still strong and stubborn, she is swayed by remorse for the woman she was supposed to guard, Queen Sindel. Then there is Fujin, Raiden’s brother and the god of wind. He’s a powerful but humbler being who has a lot of hope in Earthrealm. Fujin is a fun character to play as, giving fans a lot more time with him. But he’s still abundantly on the side of good.

Things get interesting in the next few chapters. Just as the other shoe drops and the betrayals we all knew were coming begin, we see the reunion of Mortal Kombat’s true power couple, Sindel and Shao Kahn. In the original timeline, the bewitched Scream Queen was made villainous by brainwashing, but was benevolent in life until her suicide. This was retconned, however, to fit the new story in Aftermath. Most fans weren’t bothered by the change, working with the twists and turns of the narrative as she vied for power. She now fits more with Shao Kahn, one of the cruelest villains in videogame history. His brutality plays across the cutscenes, belittling foes and doling out punishments. Performing these actions when in control of the former Outworld ruler feels empowering, if not a little wrong. Still, he is not the vilest character players will use.

In the last chapter, players carry out the final stages of Shang Tsung’s evil scheme. Knowing it was going to happen doesn’t take away from how much fun the execution is to watch. Aftermath gives fans a solid wrap-up of MK11’s story and lets us do it as the villain. Shang Tsung is the perfect character to end on; co-creator Ed Boon himself says he is the star of this story. Being a skilled fighter, shapeshifter, and cunning sorcerer who feeds on the souls of others to live makes him deceptive and reprehensible. Playing as this megalomaniacal magician is a fantastic exercise in fun, but just as it looks like we’ve won, Liu Kang shows up to ruin the party. 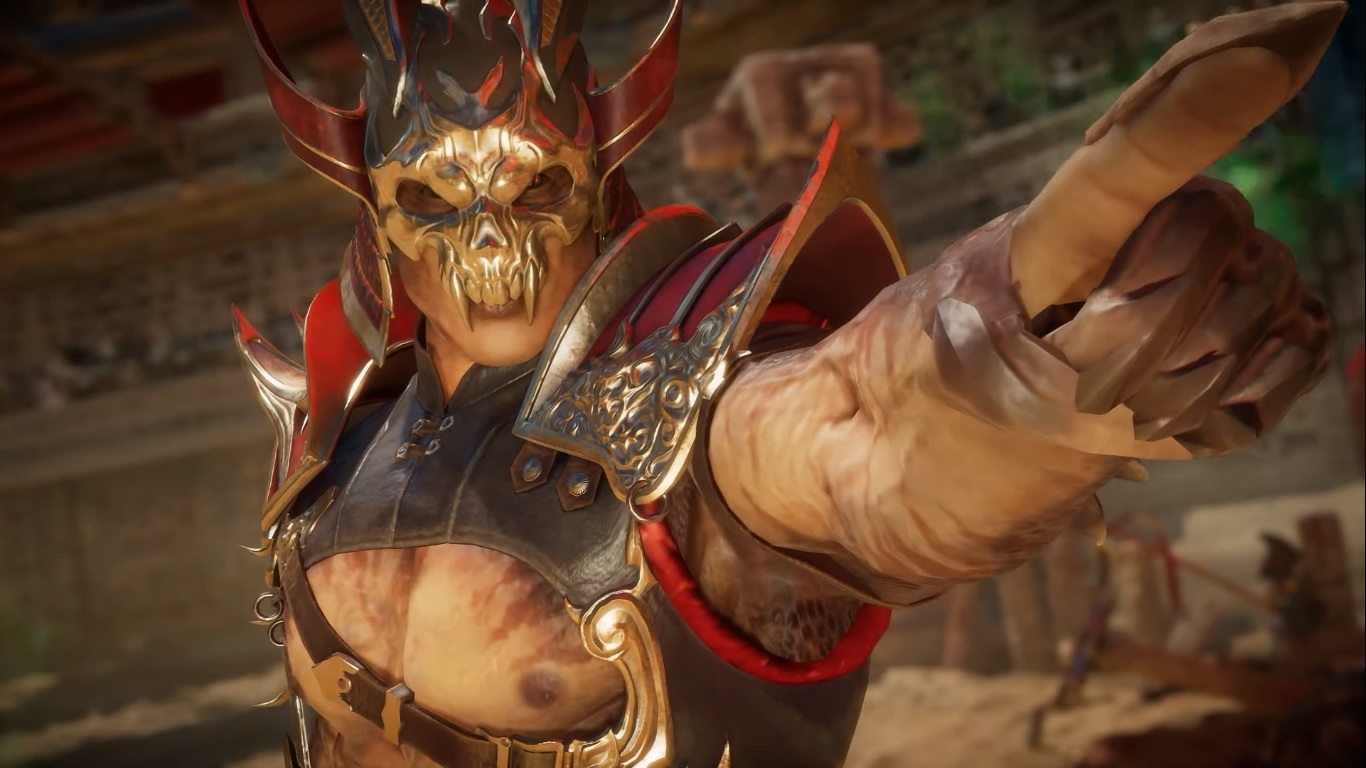 This is where the DLC proves to be the sweet icing fans wanted on the main game. We all know the villain eventually needs to be stopped and time restored, but why? As the Fire God scolds our predictable treachery, players are asked to choose between the warrior of light or the man who wants to rule at all costs. Rather than the simple side-by-side names from earlier fights, this selection screen features a large split circle, with Liu Kang and Shang Tsung on opposite sides and the words “choose your final destiny” in a grandiose fashion. There are two different endings, which is a good reason to go back and do the last fight, or even the whole game, again. Players are given a choice, and feeling so close to Shang Tsung after seeing him slither his way in and skillfully turn on everyone, I had to know what it was like to see the man who laid the best plans win. I hoped the universe would forgive me.

The right person won and the star took center stage. I appreciated the choice, but even if NetherRealm hadn’t allowed it and instead cemented their true ending, I would have still been pleased. Mortal Kombat has some elaborate characters, truly ruthless villains, whose perspectives we need to see to be in control when it is their time to win. The game’s cast adds an intricate dynamic to its full story modes that needs to continue and be incorporated into the next full game. Tales like Aftermath gives less sympathy for the devil and give important players the time and space to tell an entire epic.

The Joy of Justified Nostalgia

The Case Against Reality