Animal Crossing: New Horizons has followed up Untitled Goose Game as the latest meme-able videogame craze. For longtime fans, its release was a seismic event, and the game’s emphasis on personal expression makes screenshots eminently ready for social media. The basic premise has remained the same for each entry in the series since the early 2000s; work toward homeownership in a town populated by anthropomorphized animals while running errands, making friends and enjoying the outdoors. You can customize your appearance, decorate your house and now, thanks to the Switch’s easy screen-capturing and sharing features, post your experience online.

Compared to Untitled Goose Game, however, Animal Crossing’s appeal appears even more incomprehensible to anyone who has never played it, and the out-of-context snapshots of its wholesome worlds circulating around Twitter probably aren’t helping. There’s no easy way to explain it to the uninitiated either and whenever I’ve been asked what all the hype is about, I’ve usually responded with something like, “You just have to play it.” That’s a lazy answer, but it’s also a useful shortcut to a broader point: people love Animal Crossing for reasons that are difficult to articulate because they’re often deeply personal, and what it means to them might not be what it means to you at all. 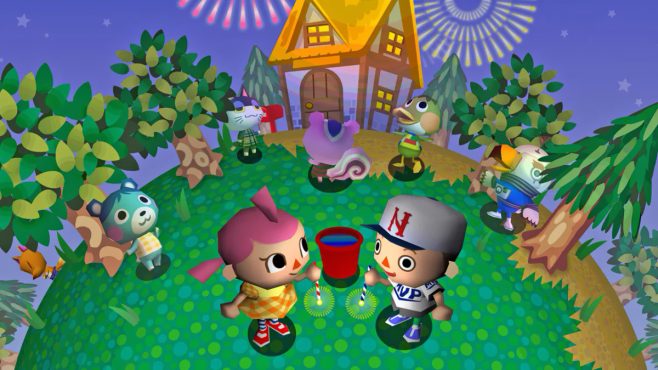 If I were to unpack what makes Animal Crossing tick for myself, it’s probably best to go all the way back to the beginning. When the first entry in the series arrived on the GameCube in 2002 as a redesigned version of the Japanese N64 title Animal Forest, there was nothing else like it. It offered a persistent world to explore with a real-time clock, somewhat like The Sims or Harvest Moon, where players arrived by train in a new town populated by woodland critters. They’re then tasked with figuring out how to earn enough bells (currency) to pay off their mortgage to a raccoon landlord named Tom Nook. Aside from that, players can do whatever they want.

While that’s the general setup, the preceding paragraph probably explained nothing useful to anyone who hasn’t spent significant time playing the game before. In fact, it probably sounds genuinely insane. Even critics struggled to convey its appeal, but they sold me on the deeper details of its innovations – visiting friend’s towns by swapping memory cards, limited-time events based on actual calendar days, the vague promise that any of this was actually fun – and so I got a GameCube to play what was pitched as an offline world that recreated an online experience.

In the early 2000s, when console-based online play was still somewhat of a novelty, that concept sounded revelatory. After starting up the game for the first time, I wasn’t exactly sure that curiosity had paid off. The game starts slow, and I wondered whether I was better off tossing Resident Evil 0 into the console instead.

“It’s fun though,” the reviews said, and so I pressed on.

Eventually, it started to click. If you approach Animal Crossing like a normal videogame, its charm doesn’t quite work. There’s no combat nor puzzle-solving per se, and on its surface, certainly nothing else that would have ordinarily appealed to my 17-year-old self (or possibly anyone). What slowly starts to suck you in at first are its simple mechanics that make mundane tasks feel rewarding in a uniquely Nintendo way. I didn’t know why I felt compelled to keep pulling weeds to keep my town looking nice, but once I started, I didn’t stop until the neighbors quit complaining.

Next, I moved onto planting as many apple trees as I possibly could until my entire town was covered in apple trees (if you visited a friend’s town on their memory card, you could even bring back fruits your town didn’t have, where they’d fetch more bells at the shop). I’d then fill my pockets full of apples I’d sell at the store so I could add a second story to my house. I didn’t get why that was a fun experience either, but something about it was therapeutic. While multiplayer rounds of Halo or Smash Bros. would often end with someone getting pissed, throwing a controller and leaving, Animal Crossing was genuinely relaxing in a way my anxiety-addled brain needed to unwind.

Some people smoked pot; I harvested digital fruit. To each their own. 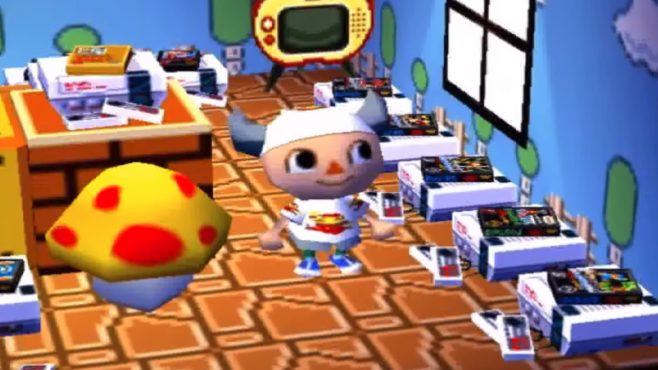 Checking in with my Animal Crossing town turned into a daily routine. The more time I spent with it, the more I discovered its depth. Your house gets graded based on its Feng shui. You could find playable NES cartridges and other treasures by digging in the dirt with your shovel. You could design your own clothes, leave messages for your friends and collect bugs and fish. You could do whatever you wanted without being told what to do, and the promise of finding something new kept me playing every day.

Unlike the sprawling RPGs and complex FPS games I was into around that time, Animal Crossing could be played in short sessions. If you just wanted to check in with the townsfolk quick, you could; making progress didn’t require investing hours of time in a single stretch. It became such a part of my routine day-to-day that it’s inseparable from my memories of that point in my life. As such, what it means to me now has less to do with the game itself, and more to do with how interconnected it started to feel with everything else happening around me at the time.

If Animal Crossing is about anything, it’s about developing independence and figuring out who and what you want to be. While there’s a structure in place you can follow if you want, how that experience unfolds is ultimately unique to you. It’s a life simulator that not only offers an escape from whatever you have going on, but one that becomes part of it in a way that won’t be the same for any two players.

What will that end up meaning for you? You’ll have to play yourself to find out.

1983 and the Future of Videogame Writing