What is it about high school that makes us unable to leave it in the past? It’s four short years early in our lives that somehow leave a lasting mark on us, often influencing the people we become and the decisions we make – sometimes decades after we get our diploma. This is especially true in creatives, who feel like they must spend their adult years writing books, songs and making movies about what it’s like to live, love and lose as a high school student.

Unlike most other periods of life, high school sticks with us. We remember our friends, bullies, accomplishments and tragedies from this period almost better than any other chapter. It defines us as human beings, becomes a part of the fabric of our selves. We’re only in high school for a relative fraction of a second, but high school never leaves us. High school is forever.

I think that’s because high school is the fucking worst. On every imaginable level, high school sucks. As teenagers, our bodies and minds still growing, still taking shape from the primordial ooze we started from just a few short years before, we are not ready to be thrust into four years of intense, emotional challenges. We’re not ready to balance an increasing workload, burgeoning social lives, self-expression, love, heartbreak and the impossible challenge of choosing what we want to do with the rest of our lives even though we’ve only been on Earth for 14 years (what the fuck is up with that? Give me a little time to think about it before I sign my goddamn life away!). This doesn’t even touch that we’re also learning to drive, having sex, getting in fights and experimenting with substances for the very first time.

Everything happens so much in high school and as a species we just aren’t able to handle it. It’s traumatizing. High school never leaves us. 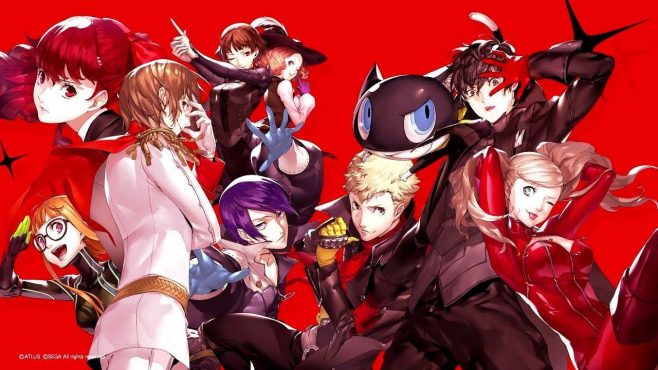 Which is why I think creatives waste so much of their time trying to relive or recontextualize what happened to them in high school with what they create. It’s hard to wrap your mind around such a difficult, baffling and short period of time. Decades later, we’re still trying to work through everything that happened, who we were, what we did and how that created the person we are today.

The trauma of high school tends to affect people in two different ways. There are the people who call high school the best years of their lives. These are always boring, miserable people trying to reclaim what it felt like to be on a football team. They often become cops.

And then there are the people for which high school is the worst years of their lives. They are the correct ones. Of these people, those who become artists will inevitably devote some period of their adult lives to working through high school. John Hughes made an entire career out of this. So did Laurie Halse Anderson. Every pop punk and emo band has entire albums dedicated to trashing their high school girlfriends. Men in their 30s, unable to forget the girl they dated for three brief months that broke their hearts half their lives ago. More recently, Greta Gerwig tackled high school with Lady Bird, a movie about a completely unlikable catholic school girl who treats everyone like garbage. And there is, of course, Dazed and Confused, Fast Times at Ridgemont High, every song by Saves the Day, Life is Strange, Freaks and Geeks, Boy Meets World, Saved by the Bell and the list goes on ad nauseum infinitely forever.

If you ask me, all these people need therapy. I’m begging creatives, please stop fixating on those four short years. Move on. Let high school be in the past. None of that shit matters. You don’t need to waste what little time you have on this planet trying to unpack why you didn’t ask that girl to prom. She has a husband and a family now. She didn’t know your name then, and she certainly doesn’t now. Please, for the sake of art, stop.

I’ve been playing Persona 5 Royal recently, a re-release of 2016’s Persona 5 with new story beats, characters and missions. In it, you play as a high school kid nicknamed Joker, who along with his friends The Phantom Theives, has the ability to steal and transform the hearts of the wicked. But most of your playtime is spent following Joker day in and day out as he goes to class, on dates, hangs out with friends and lives his general existence. This game is easily over 100 hours long. 4.16 days of your real life that you have to spend reliving high school.

I kind of love it. 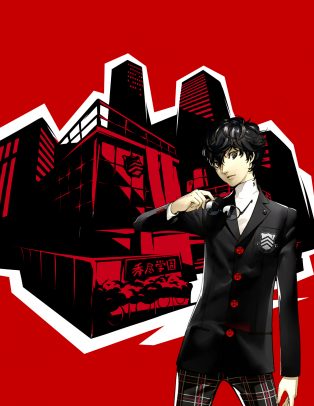 Which is ironic, considering I just spent 687 words talking about why we shouldn’t make art about high school. But if we are going to fixate on this awful period of our life, then Persona 5 may as well be the crowning achievement in this field. It’s a reminder that, yeah, high school sucks but being a kid kinda ruled.

While there is all the fantasy stuff where you steal hearts and navigate another dimension called the Metaverse, none of that stuff is really all that interesting. I find myself more excited to start a new day, see what classes I have to go to and what friends are free to hang out after school. I walk slowly throughout the game’s recreation of Tokyo, through the halls of the school, around Shibuya and the maze of the subway system, letting myself get lost. I even have an extremely problematic crush on my doctor, an adult woman who I go see every chance I get.

When I turn the game on, I truly want to live in this world, with these friends, navigating these daily, benign-in-the-grand-scheme-of-things problems that every high school kid goes through.

High school is universal. We all had to go through it and we all still deal with the impact it had on our lives. But where other stories about high school feel very much written by adults, where kids talk as though they’re scholars and poets rather than kids, Persona 5 feels how I remember high school being. My friends are all corny and cringy – like kids are. They say dumb things that make me wince, just how I wince when I remember all the dumb things my friends and I said to each other. The kids in Persona 5 are fueled by their emotions in only the way hormonal teenagers can be. I walk around the world with a lack of direction, the same way kids just walk around malls or their neighborhoods with nowhere to go and nothing to do. I lose track of time playing the game, just like kids lose track of the four years they spend in high school, doing nothing valuable with our time and not yet aware of our pending mortality.

Most media about high school comes off as an adult trying to understand the blur of their teenage years, to rationalize why they still feel these intense feelings decades later. Because usually that’s exactly what it is. At its purest, Persona 5 is basically just game about being a kid. It’s a simple look back at what high school was like. It’s not trying to have some grand conversation about the nature of life and third period gym class. High school is universal, high school is forever and if we’re going to relive it over and over in different games, songs, movies and books, we might as well remember the things that made being a kid great.

Behind the LudoNarraCon 2020 Poster: An Interview with Leonie Yue