Two issues of Unwinnable ago, I wrote about playing Persona 5 Royal and the way it wonderfully captures what it’s like to be a teenager. Well, reader, I regret to inform you I’m going to write about Persona 5 again.

It took me 124 hours and 22 minutes to finally finish Persona 5 Royal – or 5.16 real-world days of my actual life. By the end, I gotta be honest, I was ready to be done with the game. In case I didn’t make it clear two sentences ago, this game is long. Like, longer than any game I’ve ever played. In fact, it’s one of the only games I can think of that I’ve spent over 100 hours playing. That’s too much time to spend in one make-believe universe! Hell, most days, that’s too much time to spend in the real universe. When I knew I was about to be done with this journey – one that took me months to finish – I was ready.

The day after I beat Persona 5 Royal, I was sad. As I sat outside drinking my morning coffee, I thought to myself, “I don’t get to see my friends anymore. It’s been 12 hours and I already miss them.” This was a peculiar feeling for me because, by and large, I don’t get very emotionally invested in make-believe characters in make-believe worlds. But here I was genuinely upset I couldn’t load up Persona 5 and hang out with Ryuiji, Ann, Morgana, Futaba, Makoto, Haru, Akechi, Sojiro, Mishima, Kasumi or Takemi. I was happy I’d never see Yusuke again, though. Fuck Yusuke. Fuck everything about Yusuke.

I’ve had cancer twice – once in 2018 and again in 2019. The latter of those two times I had to undergo chemotherapy treatment. I’ve been in remission since then and have had nothing but positive test results. However, cancer never leaves you. Besides just the general anxiety of now being more susceptible to having the disease again, and more relevant to our current world situation, I’m immunocompromised. Or immunodeficient. One of them, I’m not sure which. Maybe both. Point being, with COVID, I’m extremely quarantined. I’m not sure when I’ll get to see my friends and loved ones again. Maybe next year? It’s hard to say. 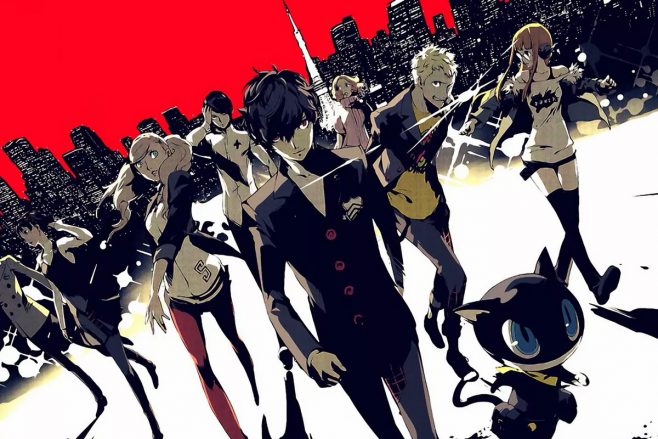 The current pandemic means I haven’t seen my significant other – who works in the service industry, therefore is constantly exposed to other people – in months. As I wrote last issue, same goes with my friends. Dude, I can’t even leave the house. If I got COVID, that’d be a wrap for me. As dumbfucks continue to not take this LITERAL PANDEMIC THAT HAS KILLED MORE THAN 100,000 PEOPLE IN THE UNITED STATES ALONE seriously, I wrestle with the idea that I won’t be able to see a lot of my loved ones . . . a year? Longer? At least longer than the average person because I just won’t recover from this thing.

It’s worth saying, I’m an only child and I already worked from home before all this went down. I was – perhaps literally – born for this life of seclusion. I’m not bad at it. Also, like, I’m not dead. So that’s good. But still, it sucks. When I look at the big picture, grappling with the idea that I can’t see my significant other, my friends, or my family for an indeterminate amount of time is really difficult. I can talk to them on the phone or over Xbox party chat and all that, yeah, but that’s not the same.

In Persona 5 Royal, COVID does not exist. I can leave the house, walk around, take the subway, go to stores and, best of all, hang out with my loved ones. A common criticism lobbied at both Royal and the base game is that it’s too long. Which I think is fair. 100 hours just to beat a game is a lot. I’d probably agree with those criticisms if, well, I didn’t have dick else to do right now. But also, that long run time affords Persona 5 Royal’s large cast of characters to develop in ways shorter games just cannot. Which is obvious; I will know a lot more about a person if I spent 100 hours with them than if I spend 10, 15, 20 hours with them. Except Yusuke. Who I spent no time with.

In Persona 5 Royal, COVID does not exist. I can leave the house, walk around, take the subway, go to stores and, best of all, hang out with my loved ones.

The characters in this game are also just really, really well written. They’re complex, flawed, fun and a bunch of other adjectives. A lot of progression is tied to spending time with them and getting to know them. The game encourages you to take them to do fun stuff – go out to eat, go shopping, ride a Ferris wheel and the like. As in real life, to have meaningful relationships with your friends, in Persona 5, you must spend time with these people. Except for Yusuke.

It’s so corny, so dumb, the type of the hyperbole lobbed at videogame characters by bad critics, but I loved spending time with these people because they were my friends. But circumstantially so. In the game, you only meet these people because you’re, for reasons I don’t totally understand, ordered by your probation officer to move to Tokyo. Your reputation as a criminal makes you an outcast. The people you befriend are also outcasts. Your circumstances bring you together. Similarly, if it weren’t for my circumstances during the pandemic, I’m really not sure I’d have ever seen this game through.

But I did, and I loved these characters. Honestly, I didn’t care that much at all about the overall story of the game. As I wrote a few months ago, it was spending time in this world with these people that attracted me to this game. Because I had nothing else going on, I let myself really get invested in this world in a way I never do with videogames.

But things change. Persona 5 ends with the main character moving home, his friends also going their separate ways. For me, I beat the game and, aside from restarting it, I can’t just load it up and keep hanging out in its world. I had to say goodbye. It’s really dramatic, but I needed Persona 5 Royal. I thought I was ready for it to be over, but when it was, I immediately missed it. Because I miss my friends. Real or imaginary.